It’s well and truly autumn now. Great news for me as it’s by far my favourite season.  I adore the colour of the leaves at this time or year, and in a much more shallow way, I love my autumn wardrobe.  You get to wear scarves and hats, yet not freeze your butt off.  It’s cool enough for cosy winter coats and the nights are not too dark.

It’s also an opportunity to change up the ingredients in my baking.  Spices play a heavy roll.  Using dark brown sugars and treacle always seems like the right move.  Pumpkins a plenty!  Apples and pears also feature heavily.  These cupcakes incorporate most of the above with a hint of spice and chunks of caramelised apple throughout. 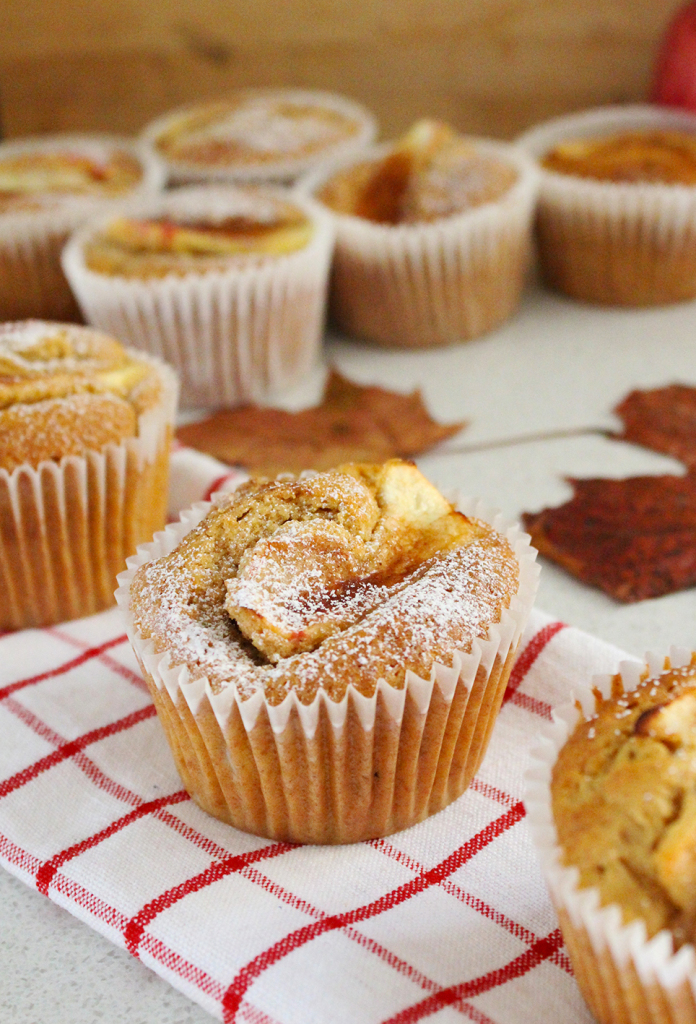 These spiced apple cupcakes encapsulate the season in a bite.  They are simple to make and don’t have the fuss or over-the-top sweetness of buttercream icing. They are light and moist with a cinnamon crunch on top thanks to the generous sprinkling of sugar atop the sliced apples.  This recipe would work equally well with pears and is a great way to use up any that you find that just won’t ripen up in your fruit bowl.

Caramelising the diced apple prior to adding them in to the batter adds a delicious depth of flavour to the cupcakes but if you’re in a hurry it’s a step that can be skipped.  Just be sure to use your favourite eating apple rather than a Bramley as it will be a bit too tart. 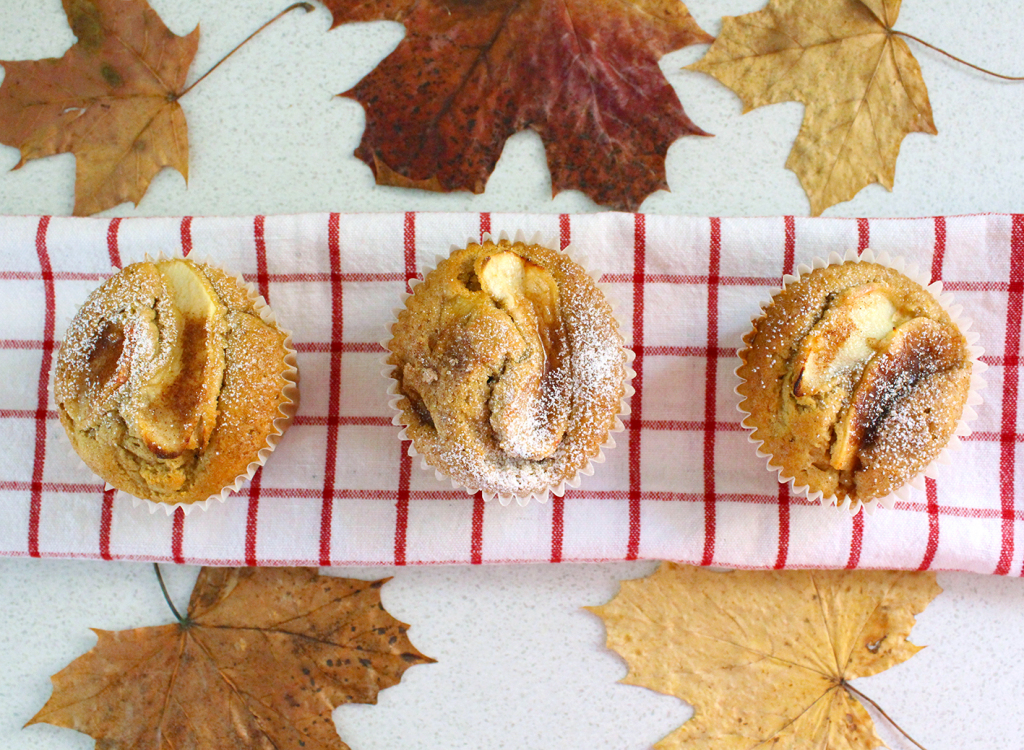