About a month ago I entered a competition to create a new biscuit for Border Biscuits, a UK company based in Lanark.  After some deliberation I went for these chocolate, fudge and peanut cookies, which I made a while back for a friends birthday.  These cookies were a bit of an achievement, I was pretty proud of the flavour combination I’d put together, they really did taste good, but I didn’t expect anything from entering. 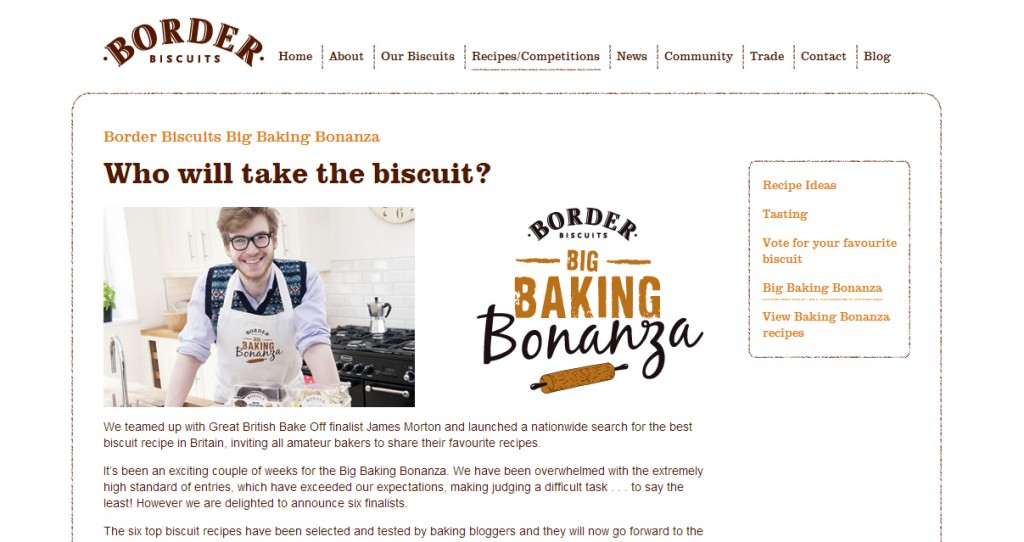 Two weeks ago I received an email from Border Biscuits telling me that I was one of the top six entries and would go forward to be judged by their expert panel!  How exciting!!

The prize is that Border Biscuits will bake your recipe which will then be sold is Tesco throughout the next year, plus a place on a baking course and £2000 (which I’ve not-so-secretly made plans for already, over excited much?)! 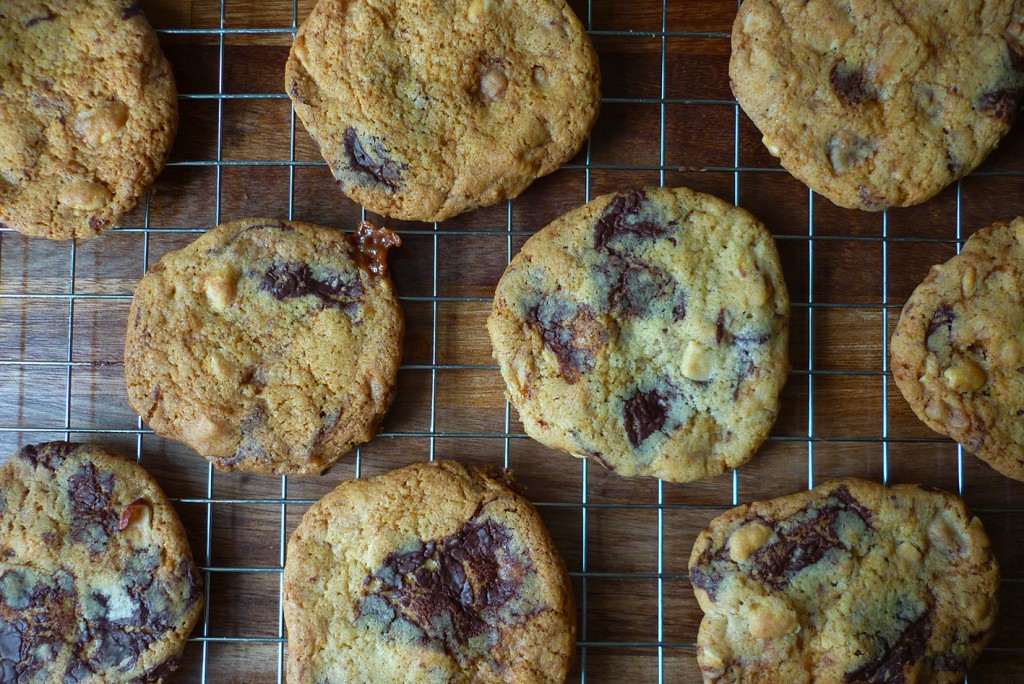 Next week they are holding a photoshoot for the final six at their factory, which I’m really looking forward to, fingers crossed for some free samples of the chocolate gingers – my favourite biscuit ever!

As I mentioned the winner is going to be decided by a panel of judges, a Tesco representative, the Border team and James Morton, my favourite from the Great British Bake Off last year, but you can vote for my entry on their Facebook page if you would like to you show some much appreciated support. 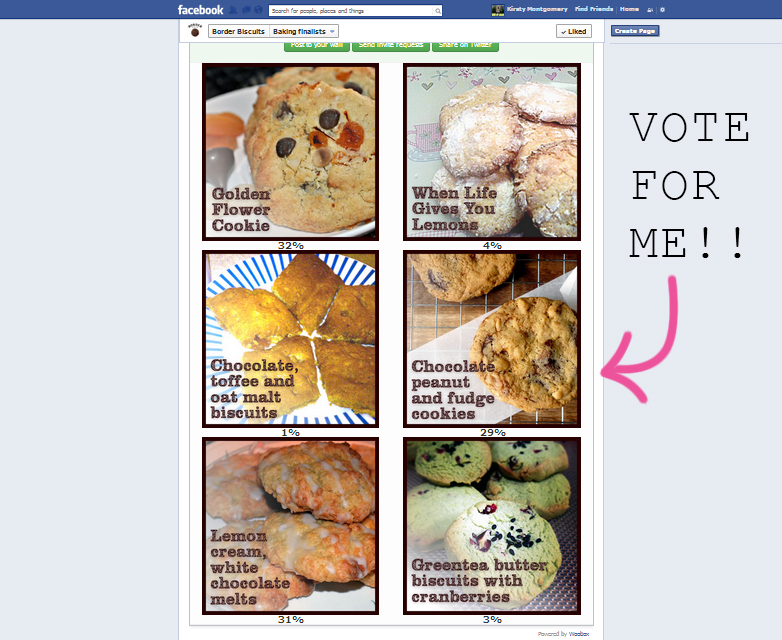 All the other biscuits looks really good, so I know I’m up against tough competition but I can still hope.  Fingers crossed everyone!!