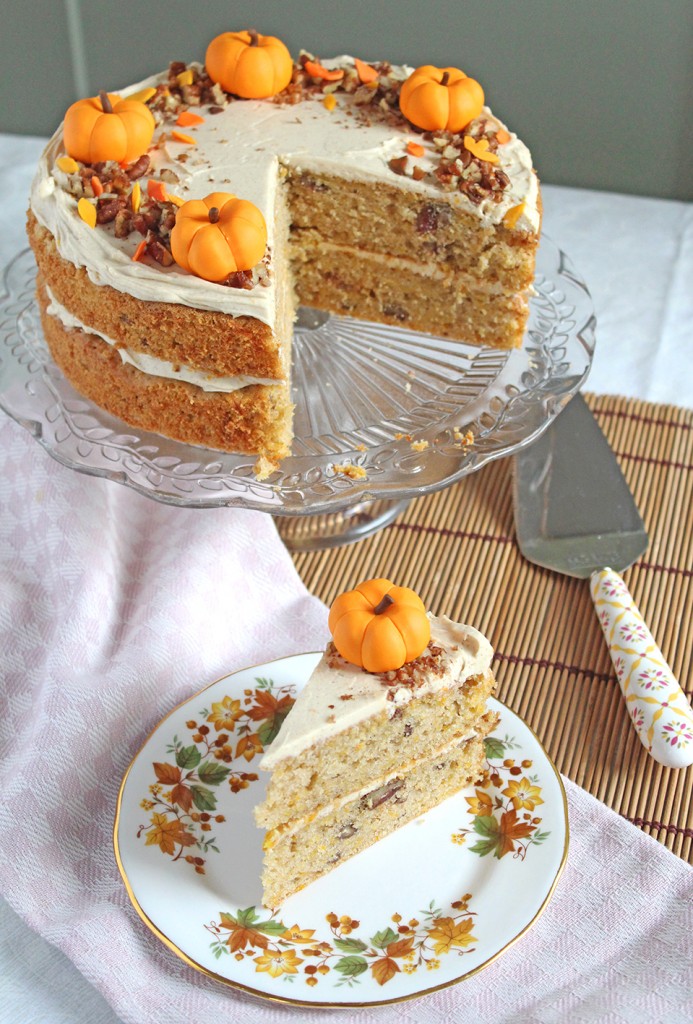 This is the last recipe in my pumpkin fortnight and I think I’ve saved the best until last.  Not to blow my own trumpet but I just adore the look of this cake!  The fondant pumpkins and leaves mixed with the sugar and spiced pecans….it’s sort of a thing of beauty.  So excuse the excessive amount of photographs!

The other pumpkin recipes on here use pumpkin puree but this one is a bit different as it uses grated pumpkin, in much the same way as carrot, which means you can substitute the pumpkin for carrot if that’s what you have in the cupboard. 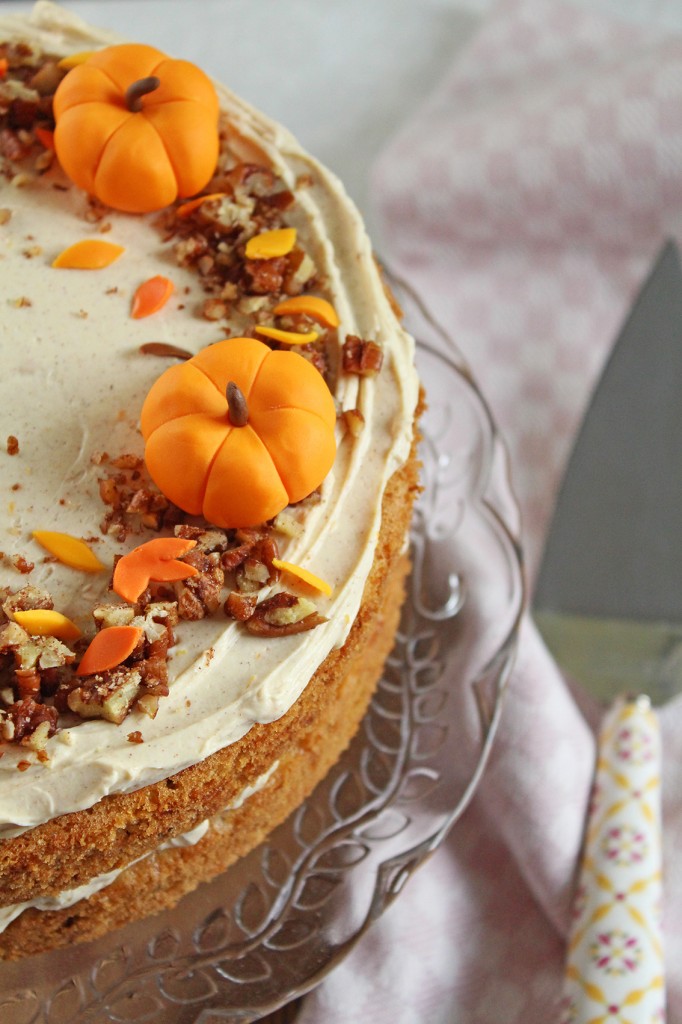 This sponge has a similar flavour and texture to a light carrot cake but the orange zest which is infused with the sugar gives it a little extra kick.  The pecans are roasted before using to enhance their flavour but if you are in a rush they could be roughly chopped straight from the packet and thrown in.  To prepare the pumpkin for grating I first cut it in half, then scoop out the seeds and cut each half in to four segments which are then peeled and grated.  To make up for the extra steps in the cake the mascarpone icing is very straight forward and can be whipped up in no time at all. 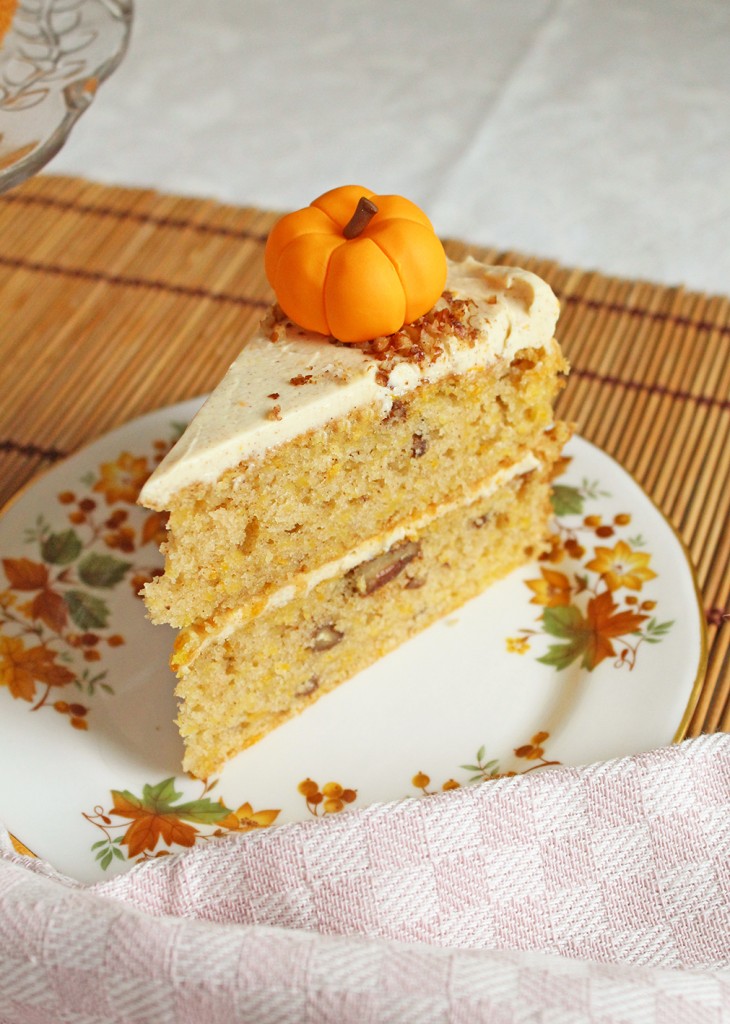 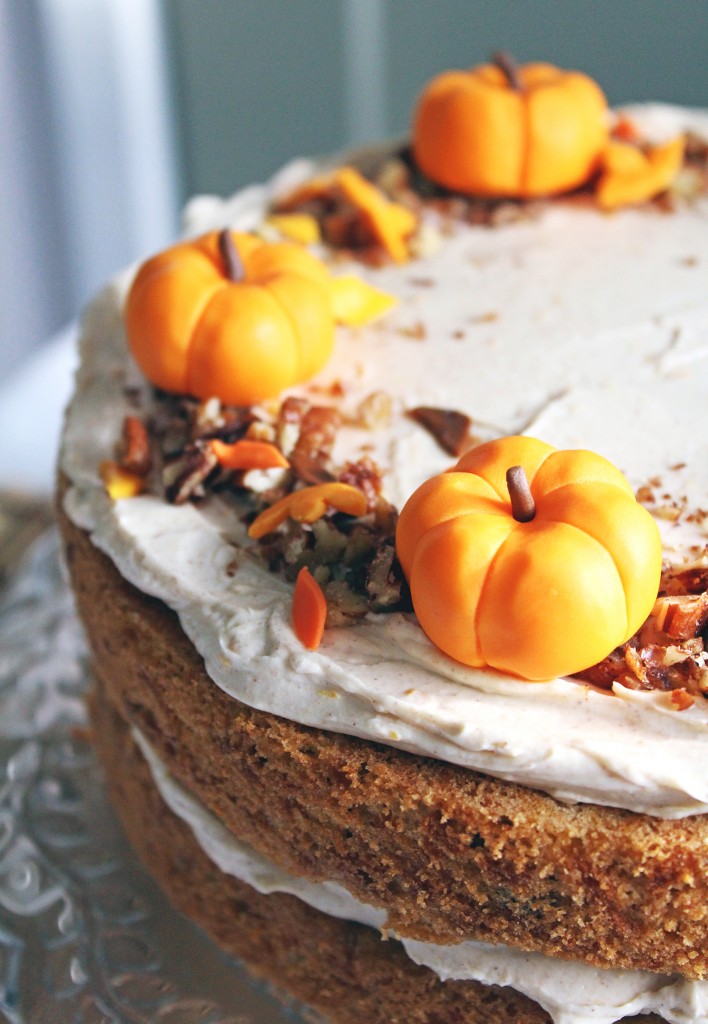 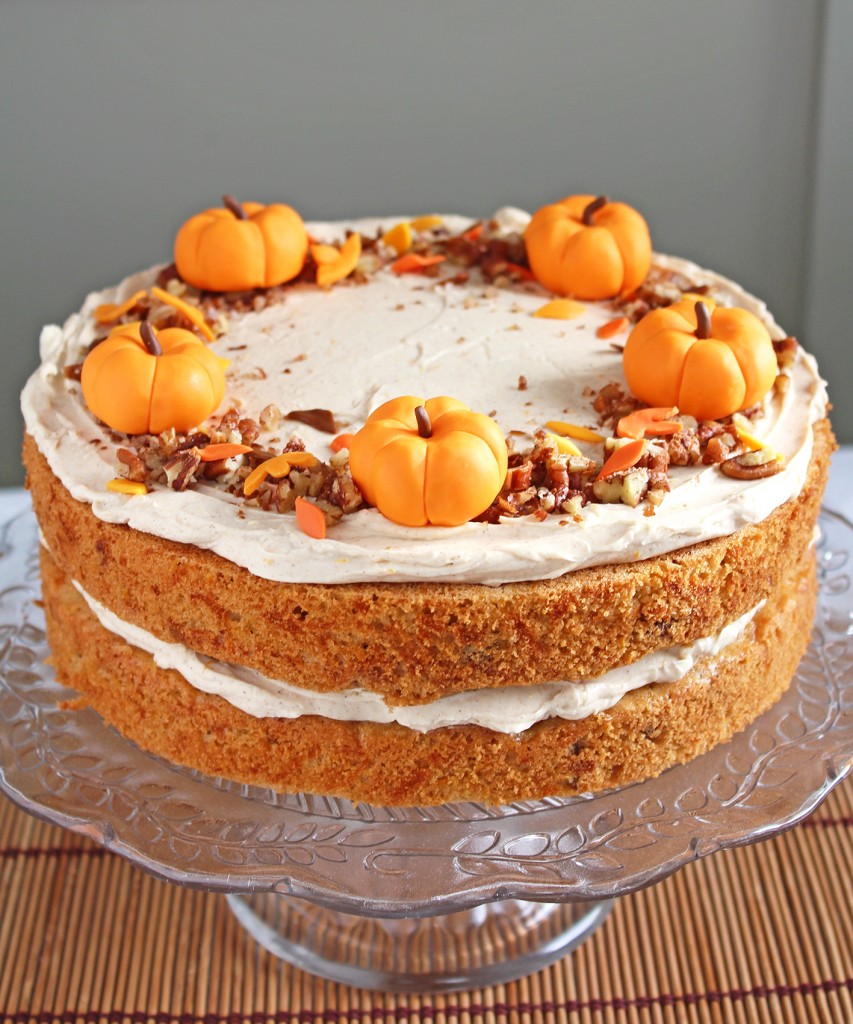 A moist and tasty cake which is packed full of flavour, perfect for autumn!
Save Recipe
Print
For the pecans
For the sponge
For the icing
Instructions
By Kirsty @ Ever So Sweet
Ever So Sweet Blog http://eversosweet.co.uk/
6 Comments