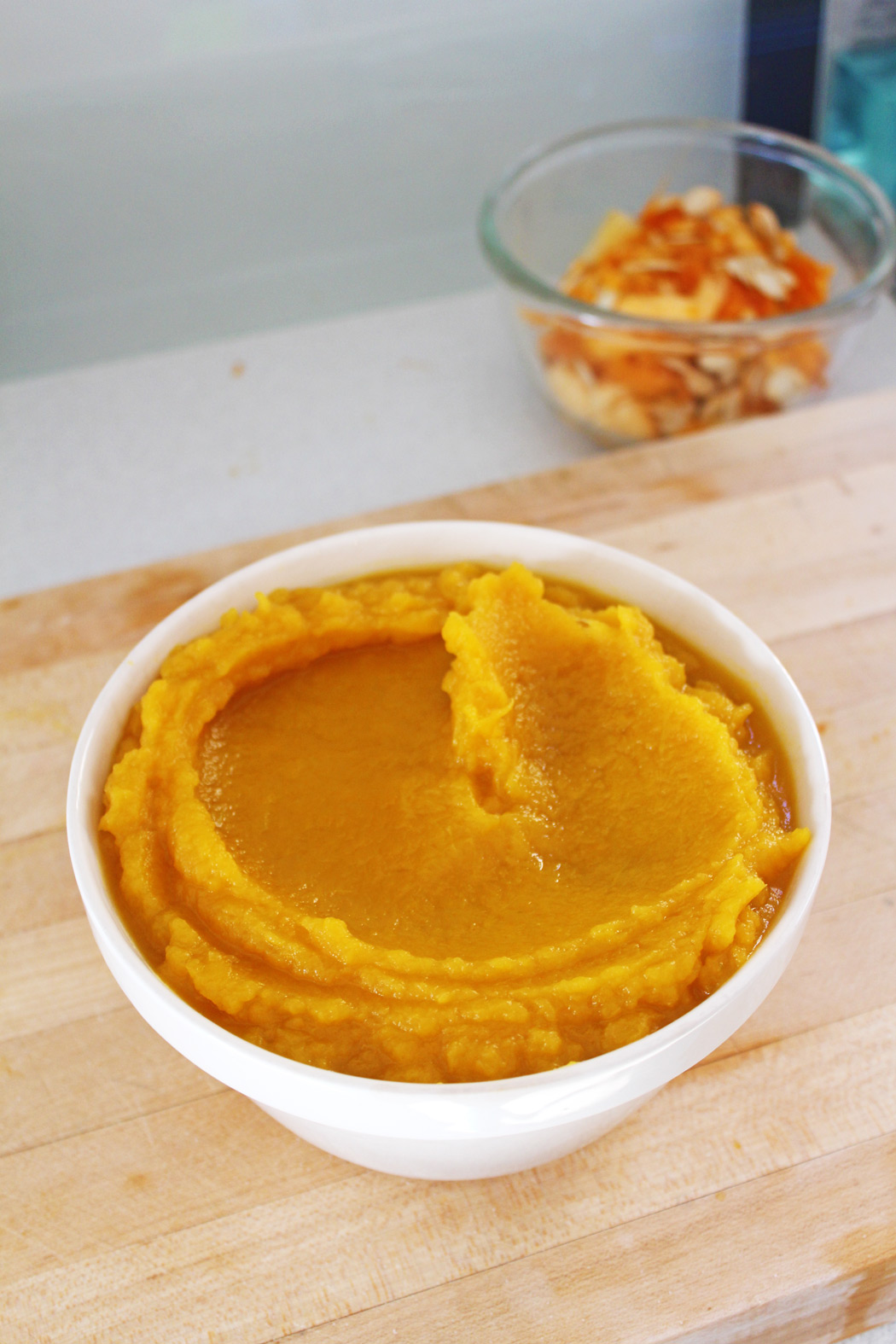 This is the time of year when every second recipe on the internet contains pumpkin, and more specifically, pumpkin puree.  It’s wonderful, and they are sounds utterly delicious.  The only problem is, pumpkin puree isn’t really a thing in the U.K.  Sure, it has surfaced in more and more supermarkets in the last year or two and there is even a selection to be made at Wholefoods but not every town has one of those (sadly).

Pumpkins, in their raw and beautiful state, however are readily available all over the country.  Great news!  We can make our own pumpkin puree, can’t we?  The answer to that is most certainly yes.  It’s hella easy, as long as you have a large, sharp knife!

The only difficult part about making pumpkin puree is cutting the darn thing in half!  They’re a little tough so be careful, you’ll need your fingers later! 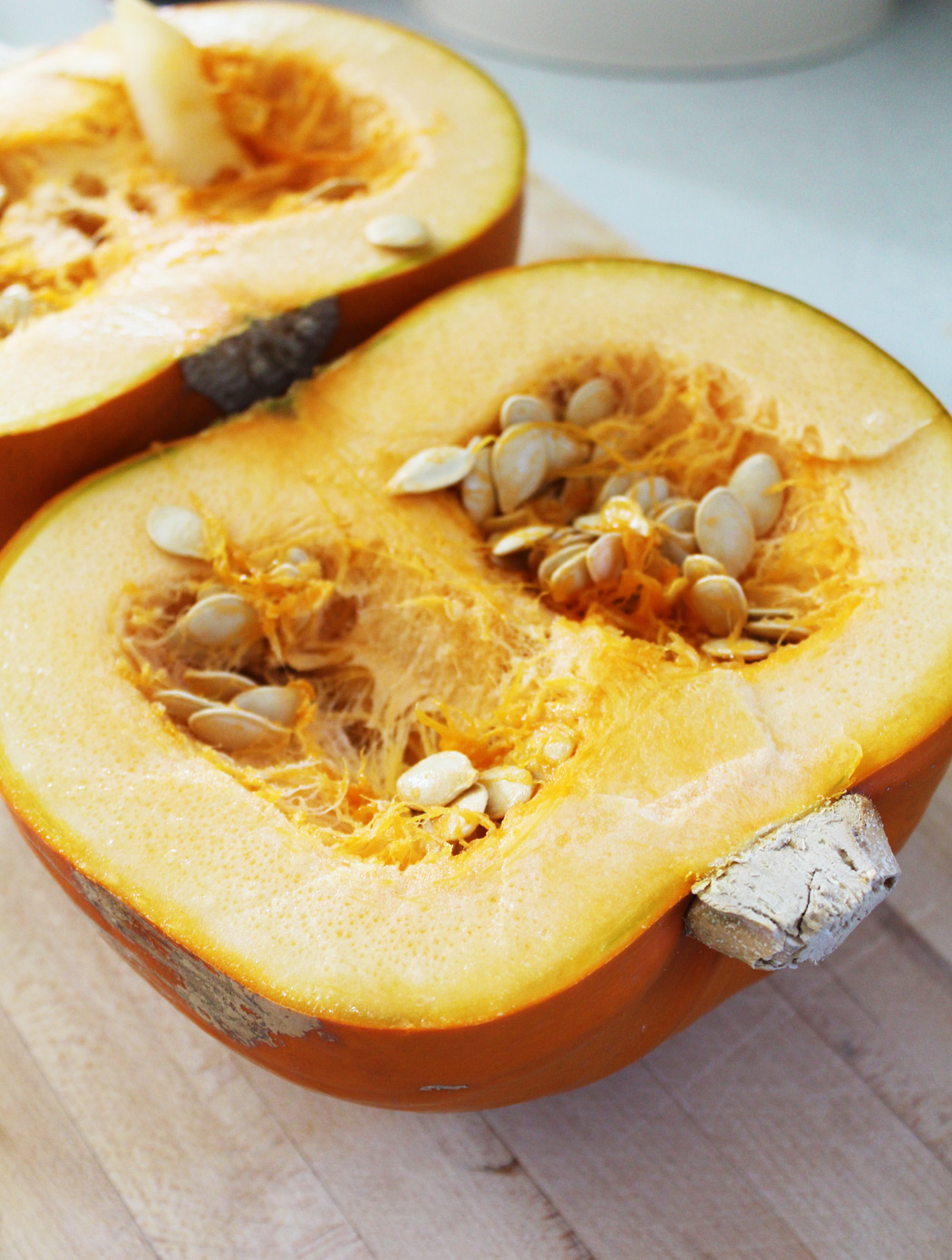 Next up is to scrape out the seeds.  A soup spoon seemed to be the perfect implement for me.  Also, bonus recipe coming up tomorrow for roasted pumpkin seeds! 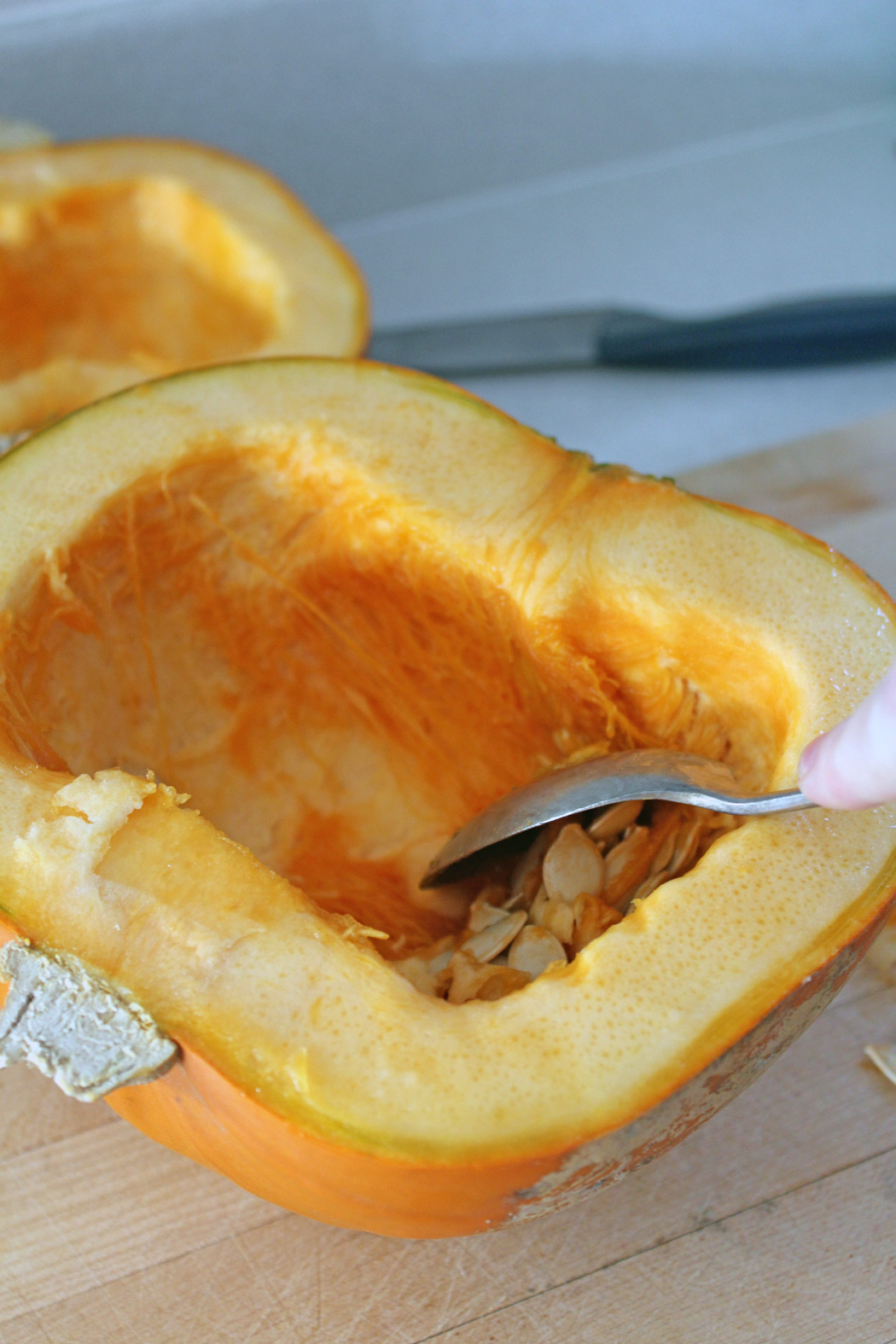 Sprinkle the cut side with salt… 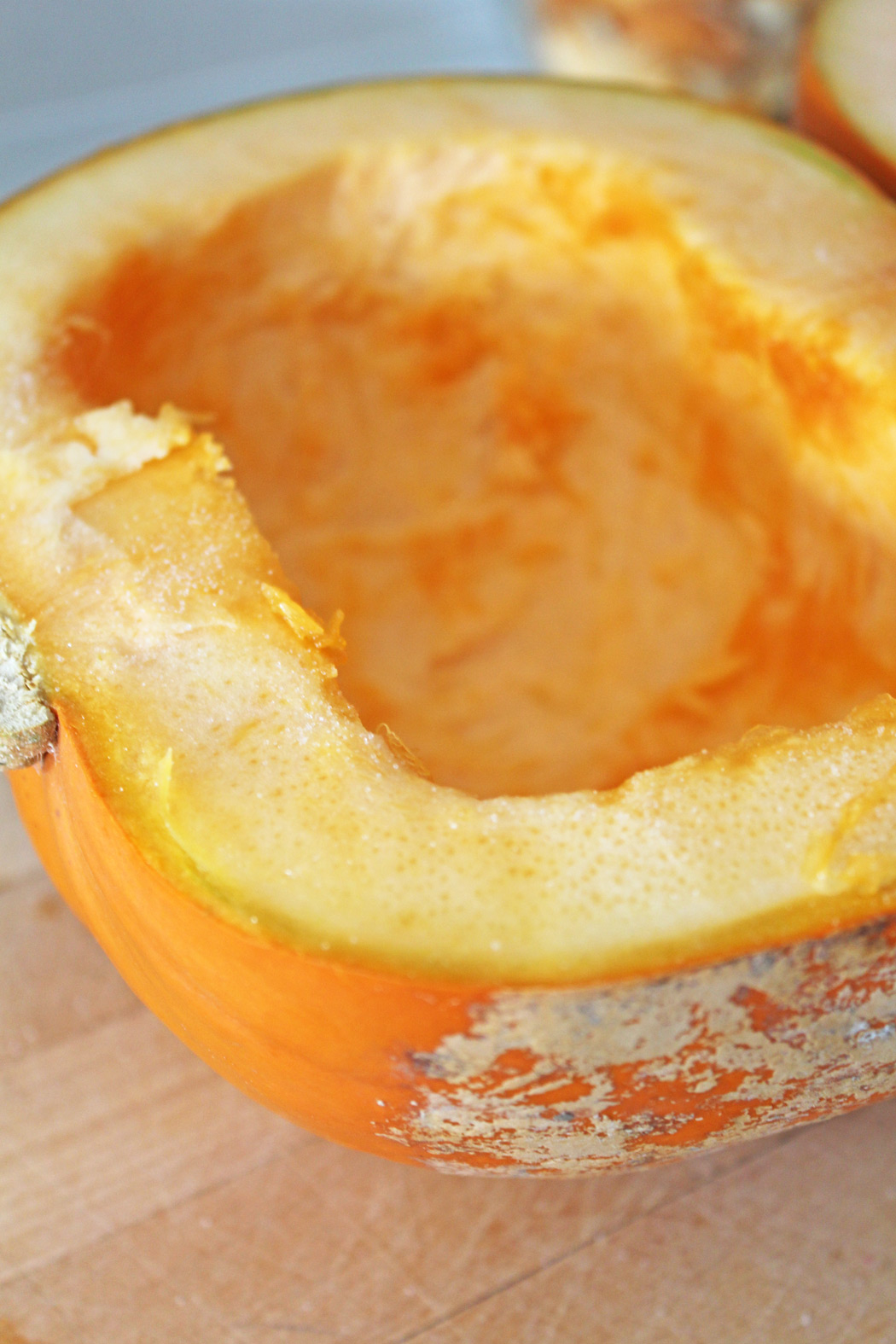 …and roast!  Roast the pumpkin for about 40 minutes, until the flesh is soft and yeilds when pierced with a fork. 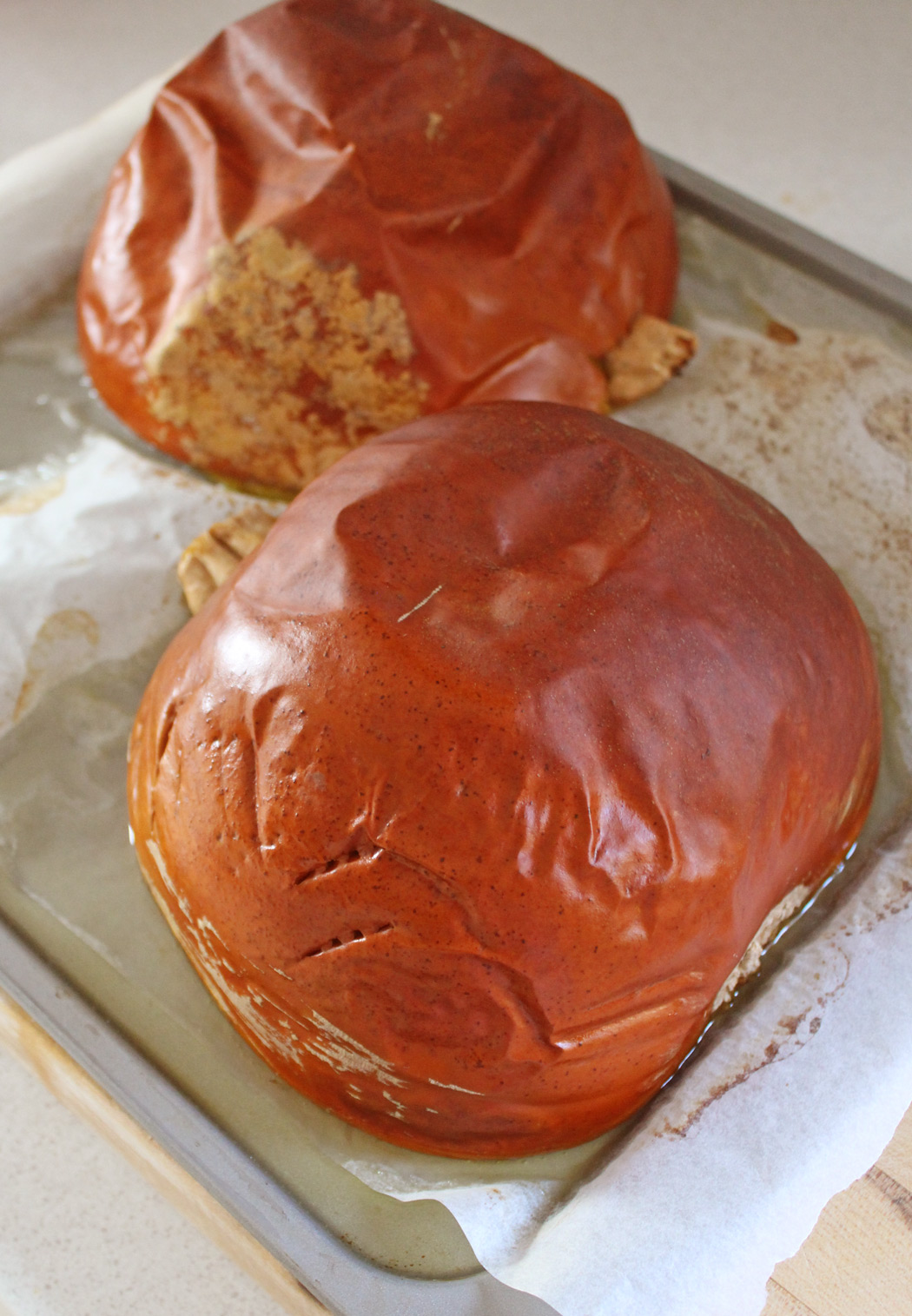 Allow to cool for 15-20 minutes, until the pumpkin is cool enough to handle, then peel off the skin. 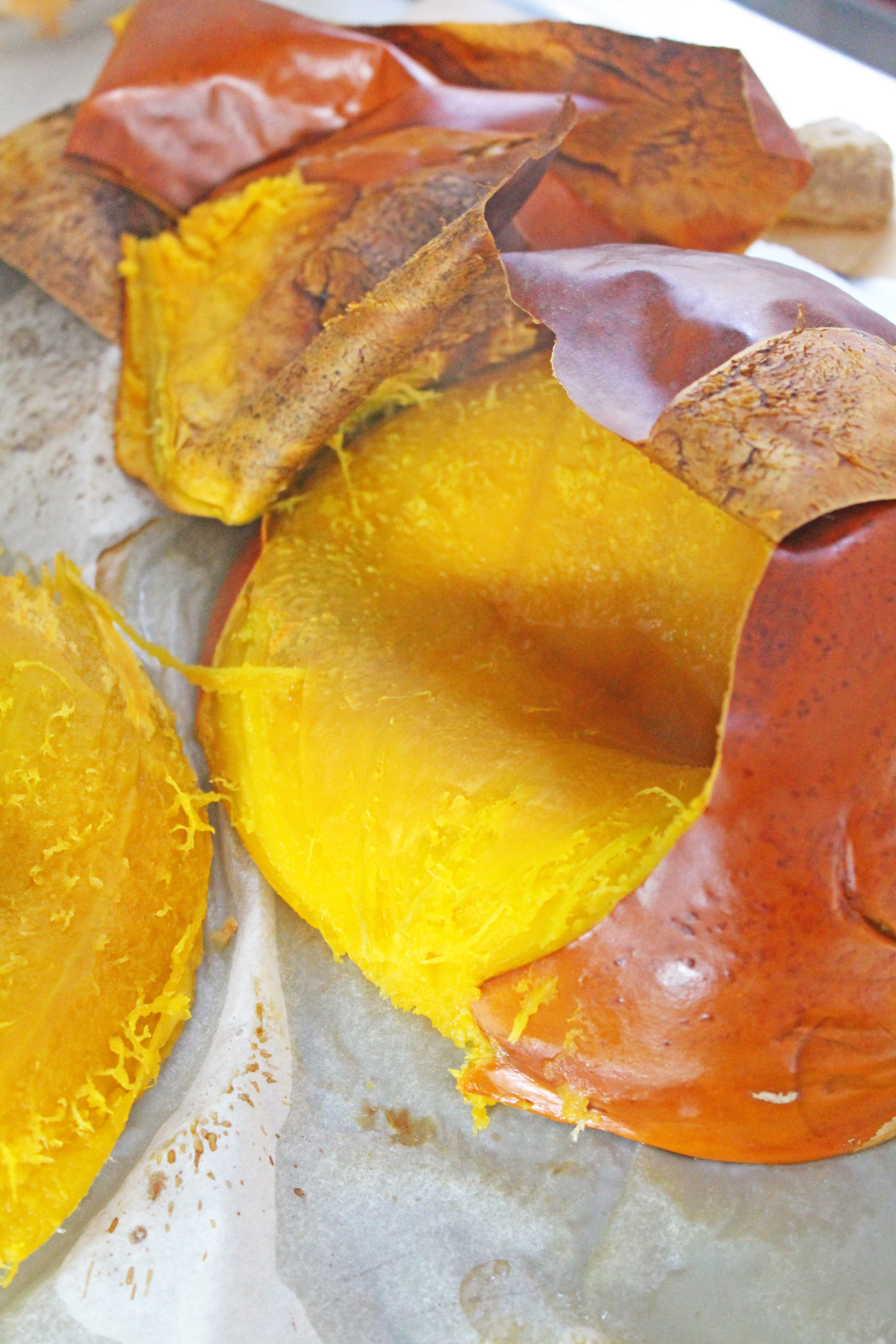 Puree the flesh in a blender, food processor or with a hand blender. 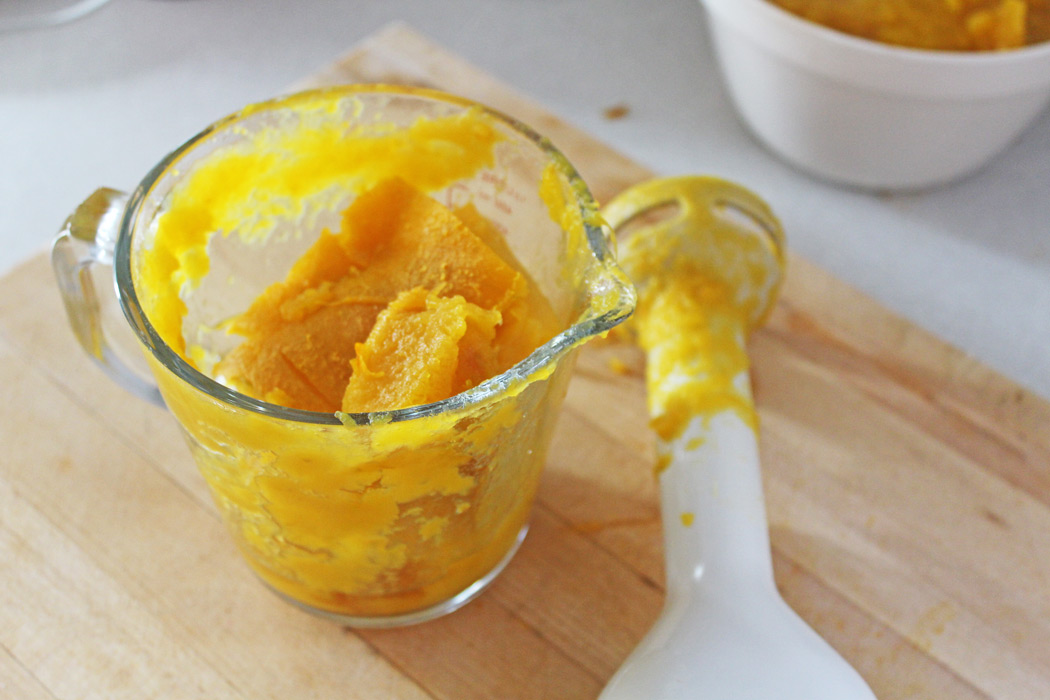 The puree is now ready to use!

Note: If you are using in cakes I would recommend letting some of the water drain off as it can be quite wet which can alter the texture of baked goods.  Just measure out the amount specified in the recipe and place in a sieve set over a bowl for half an hour to remove most of the water.