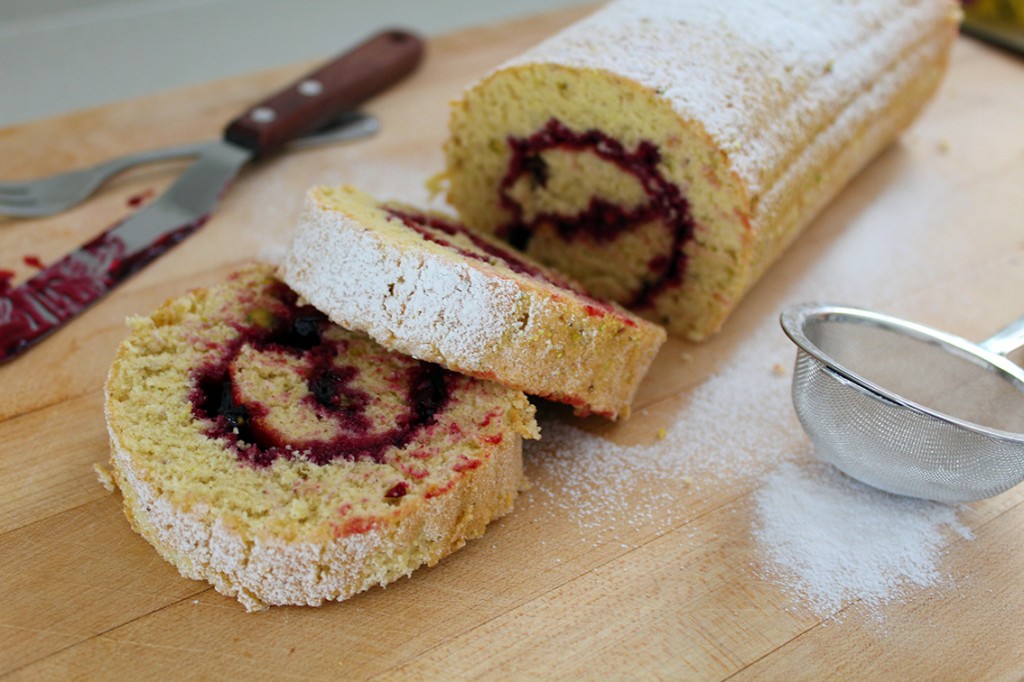 Has everyone been watching the new series of the Bake Off?  It has to be the TV highlight of the Autumn.  I love it.  Even in its 5th series it is still essential viewing. Every now and then I think that I should apply, but as soon as I see the look of fear hit the contestants eyes when the technical challenge is announced I know I’m better on my couch then in the tent!  I have so much admiration for the contestants for baking under the stress of TV cameras, Paul Hollywood and Mary Berry.

So, instead of baking my first ever Swiss roll under the inscrutable eyes of the judges, I decided to do it at home and then tell you all about it.  I think it went well!  Swiss roll is really fun to make.  I’ve made a chocolate roulade type thing once before but never just good old sponge and jam. 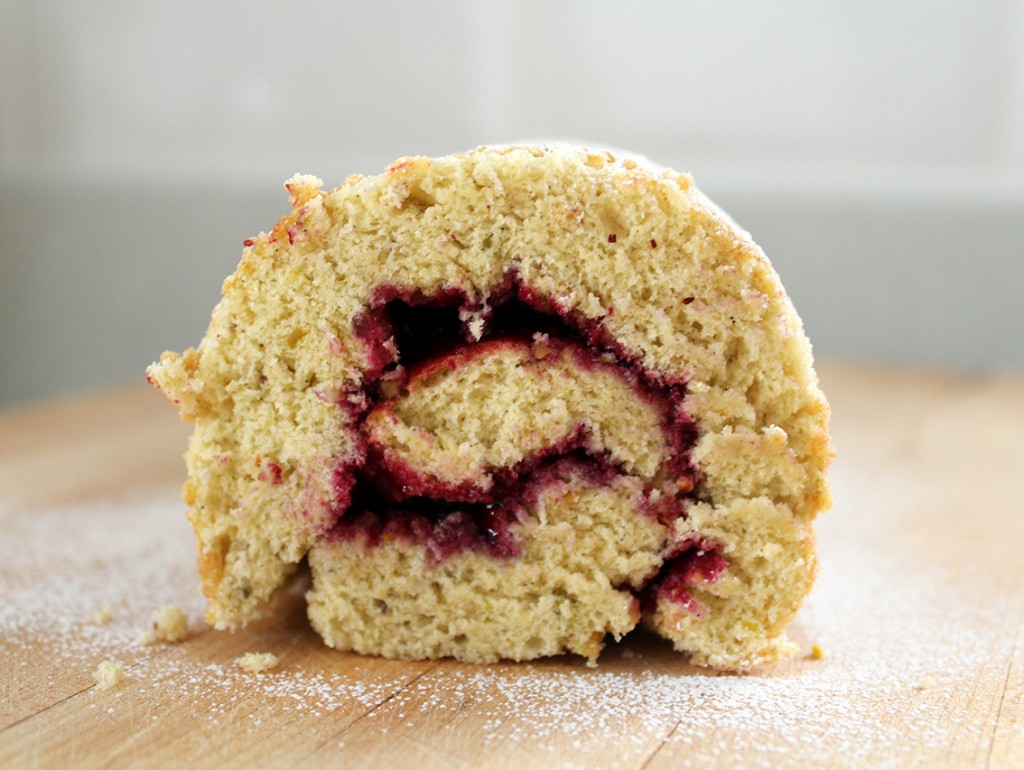 As I mentioned the other day, the recipe for this Swiss roll came from the Home Sweet Home cookbook but I added a couple of little twists.  Firstly I added some ground up pistachios, I thought they would make great decoration but unfortunately I only had enough to use in the sponge.  They added a little to the flavour and gave a denser texture to the sponge.  The jam was really the selling point though – my mums homemade blackberry jam.  I don’t know that I had ever tried blackberry jam before this season but it is delicious.  Deep purple with bursts of still in tact blackberries, it’s not as super sweet as raspberry and strawberry can be.  It really complimented the slightly savoury flavour of the pistachios.

The recipes calls for rolling up the swiss roll in a tea towel straight from the oven.   All seemed to be going well until I unrolled it and the split straight in half!  Luckily I was still able to roll it up using the jam as glue and hide the split on the bottom.  No harm done!

The very light and rollable texture of Swiss roll comes from separating the eggs.  Yolks are beaten with the sugar for flavour and richness and the whites are whipped to soft peaks to incorporate lots of air then folded in at the end. 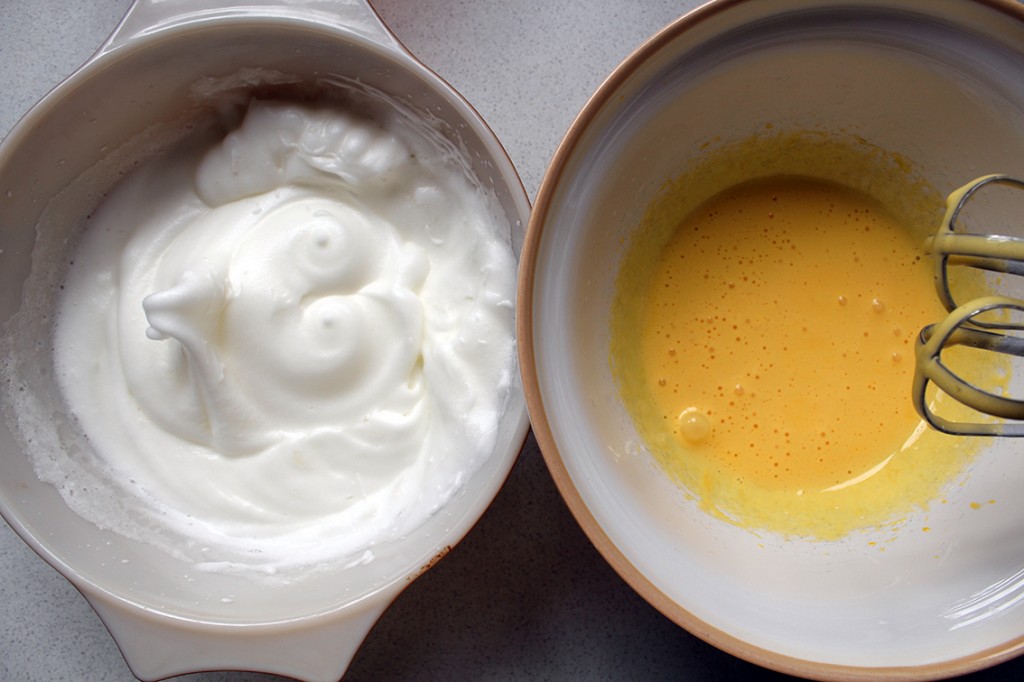 Sifting the flour is key.  You don’t want lumps of flour in your roll. 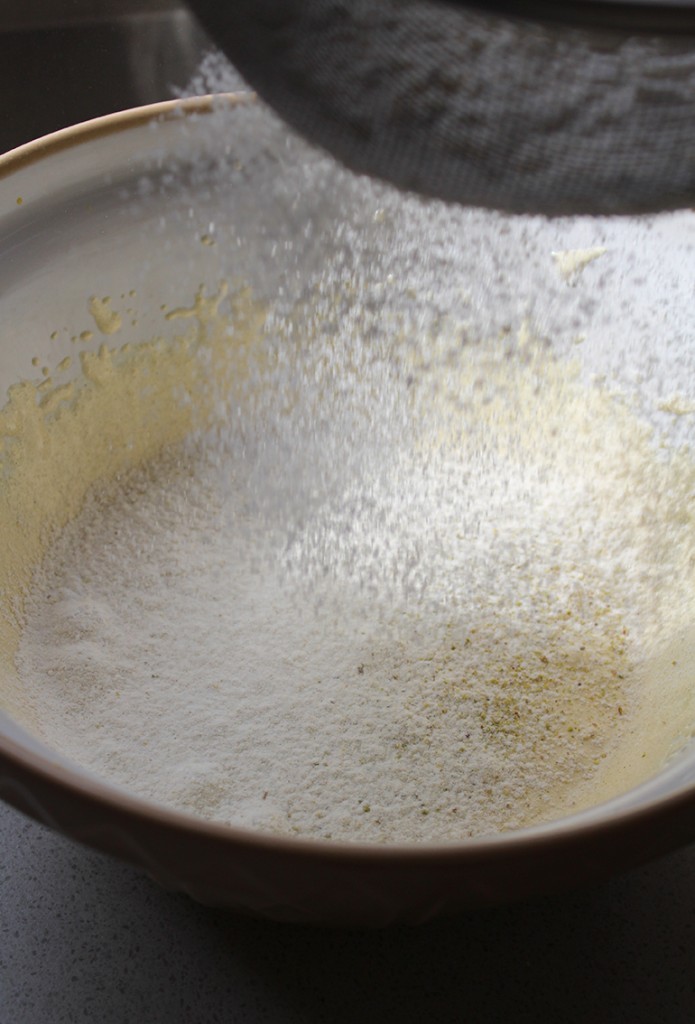 Mix looks a little stiff once the flour has been added but start by added a spoonful of egg white to loosen the batter before adding the rest. 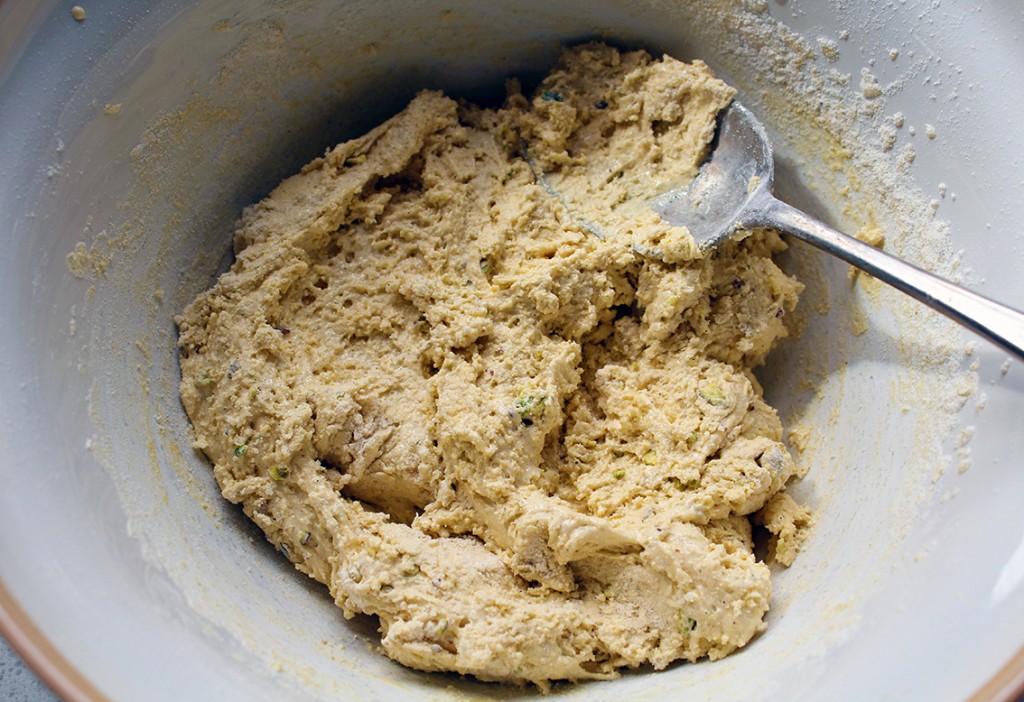 I added my egg white in three stages to make things easier.  As soon as there are no streaks of white egg you are done. 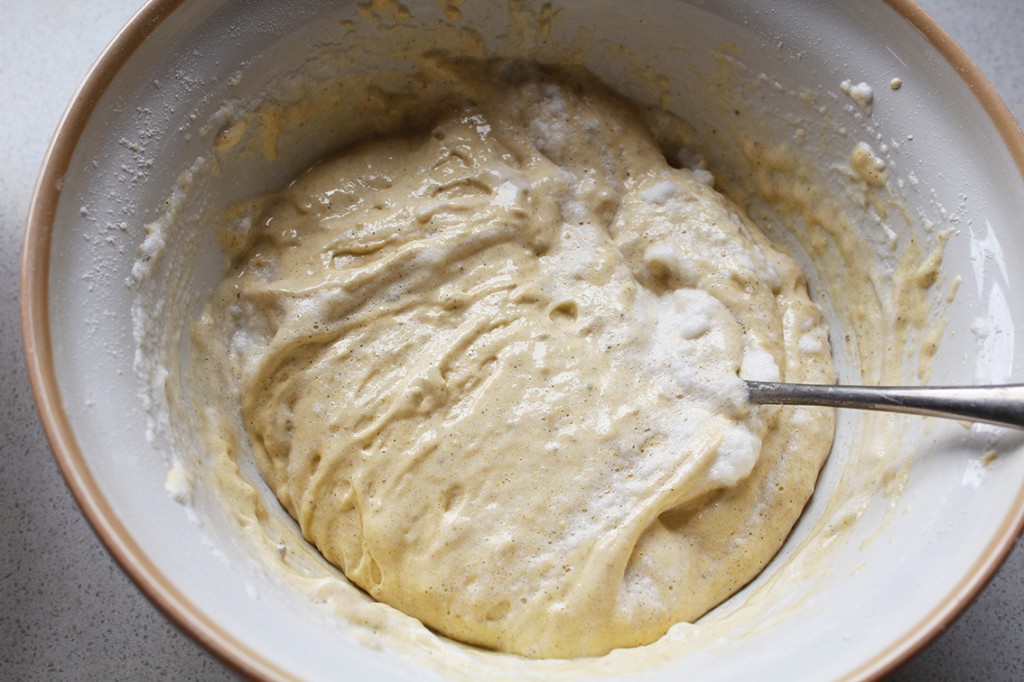 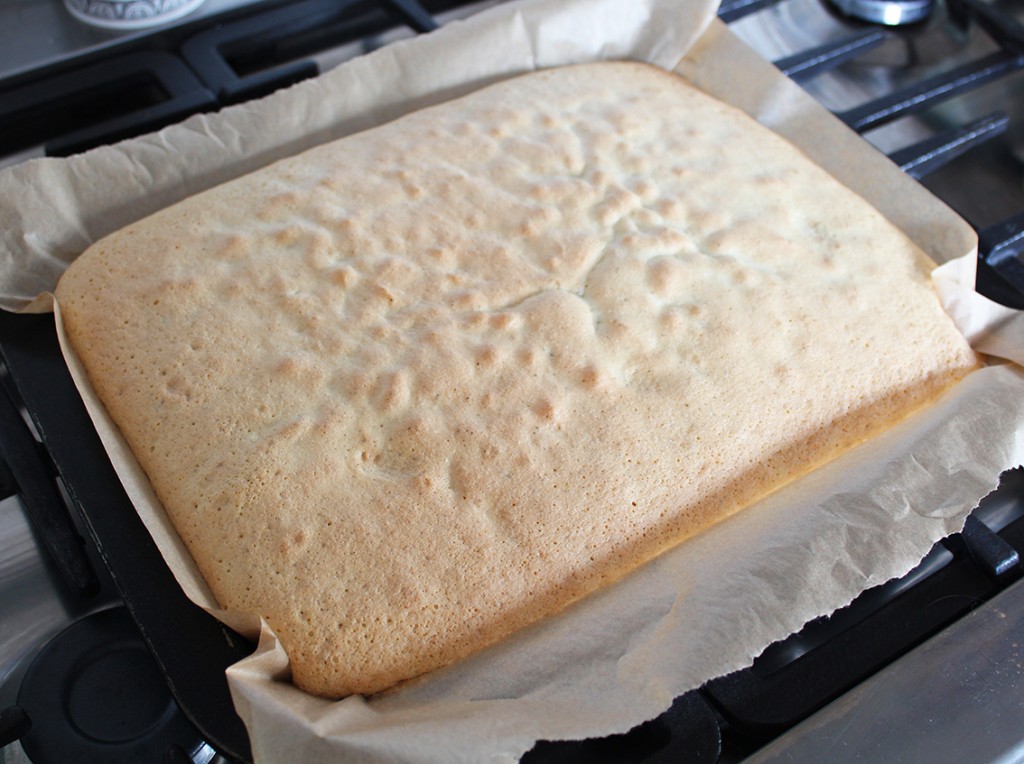 This is the scary part.  Whilst the sponge is still warm use a tea towel to wrap it in to a roll.  This SHOULD avoid cracking and make rolling easier once the sponge is cool. 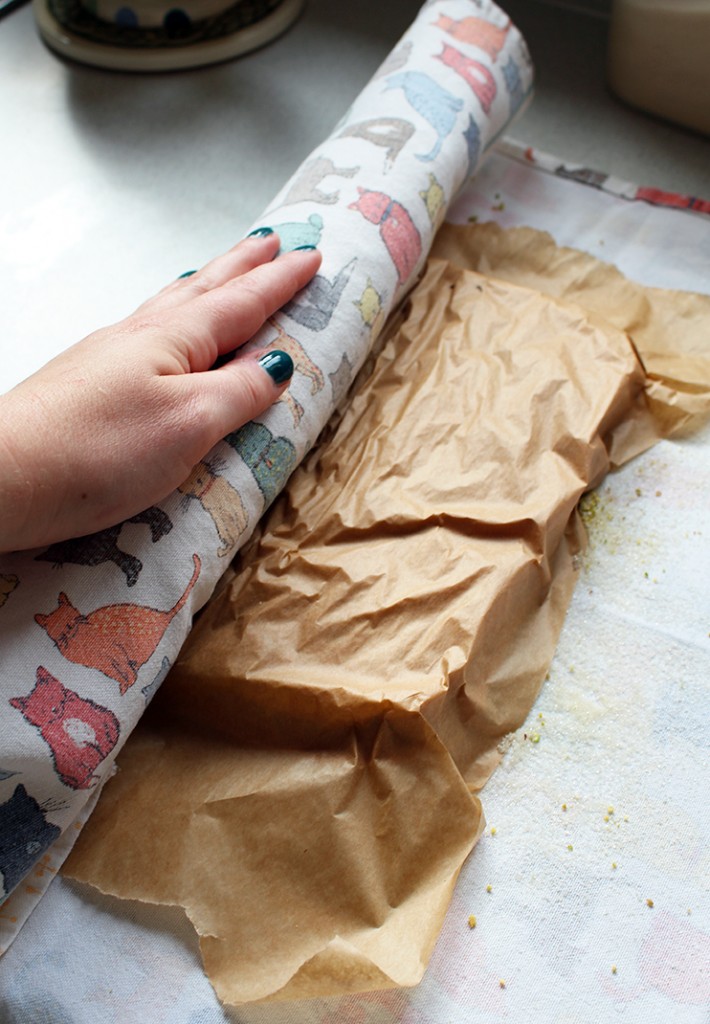 Mine cracked.   It wasn’t a major disaster though, I just slathered on the jam and rolled it up again hiding the crack underneath! 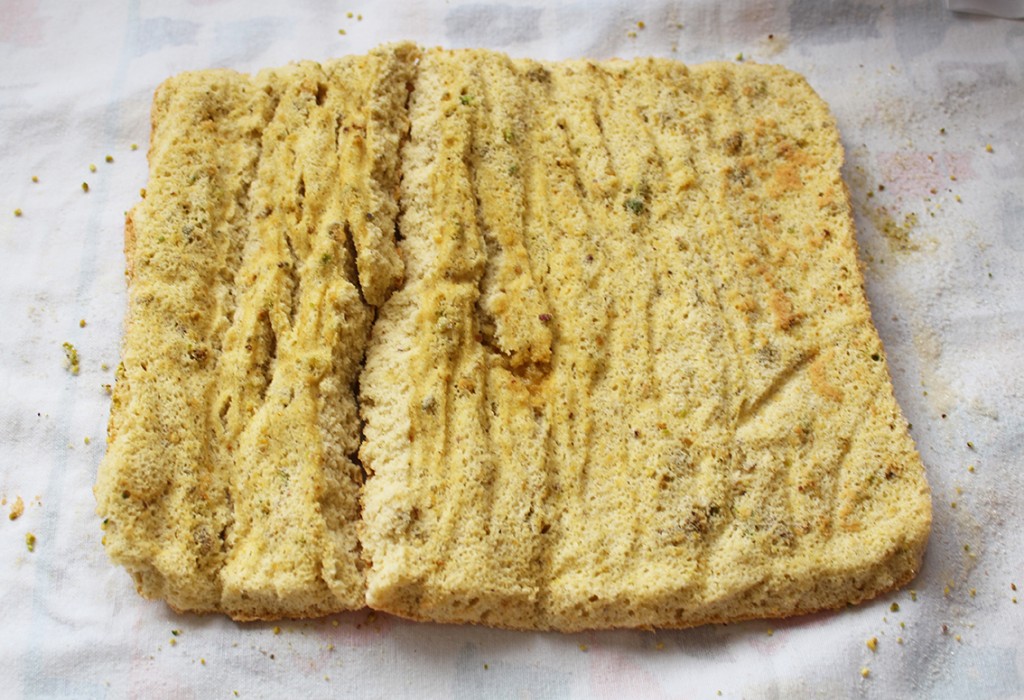 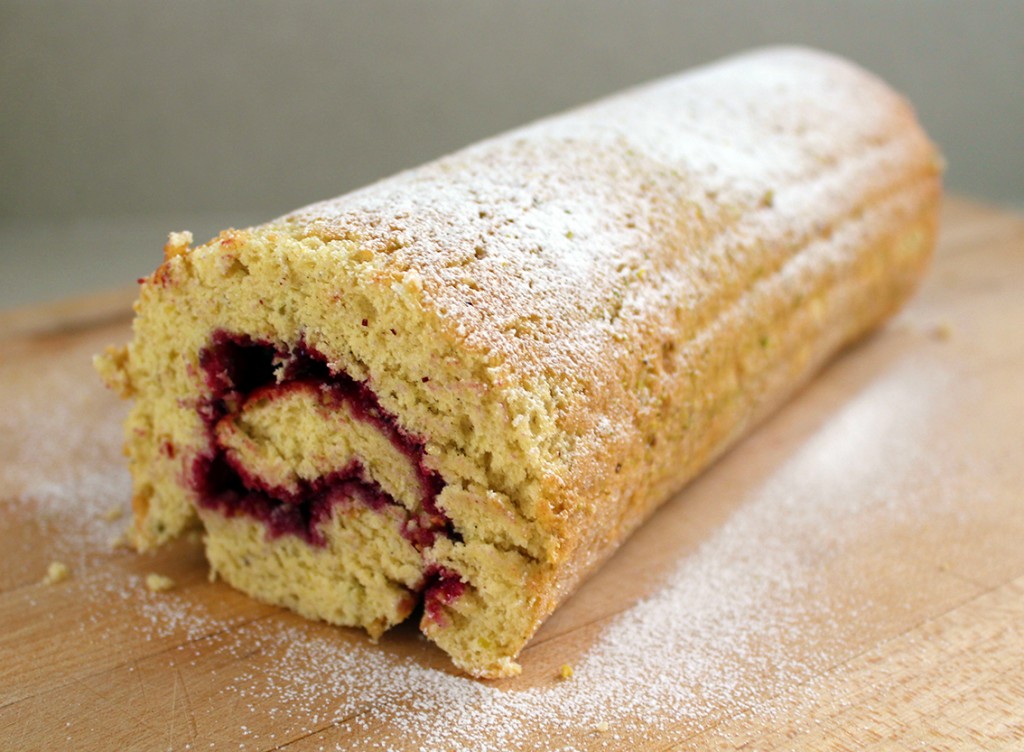