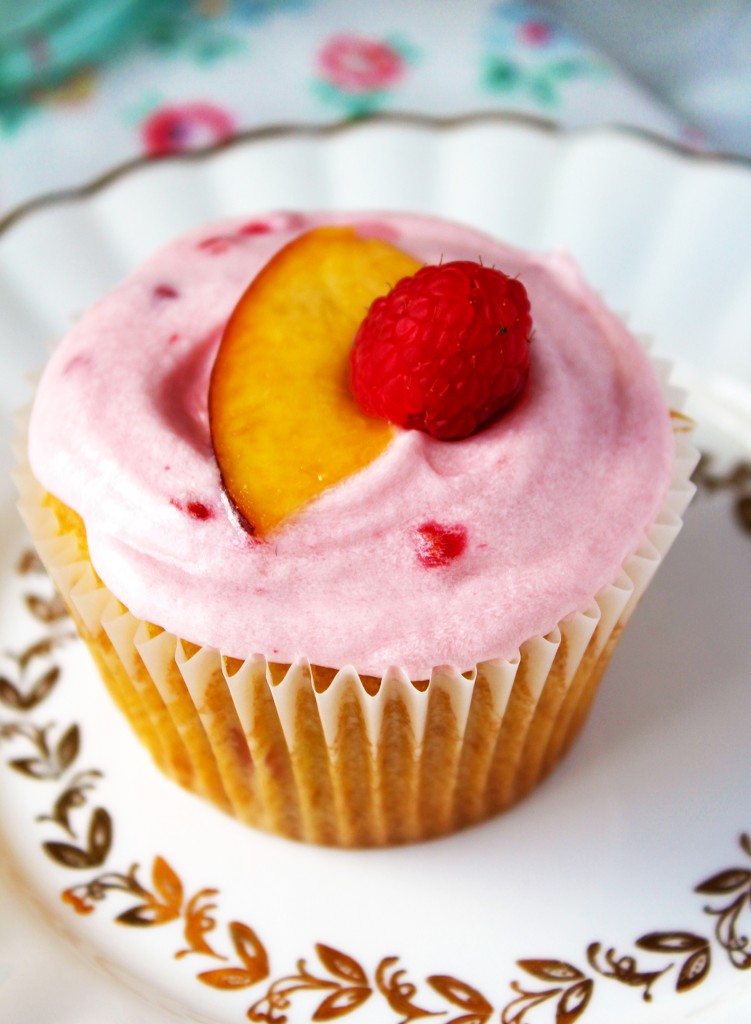 If you’re from the Inverness area you may have noticed that I am feautred in the Highland News, a local newspaper, this month.  As of this weeks edition I am their new monthly baking columnist!  I’m really excited to see my recipe out there in print and hopefully everyone who can has picked up a copy to check it out, and if you have then thank you! 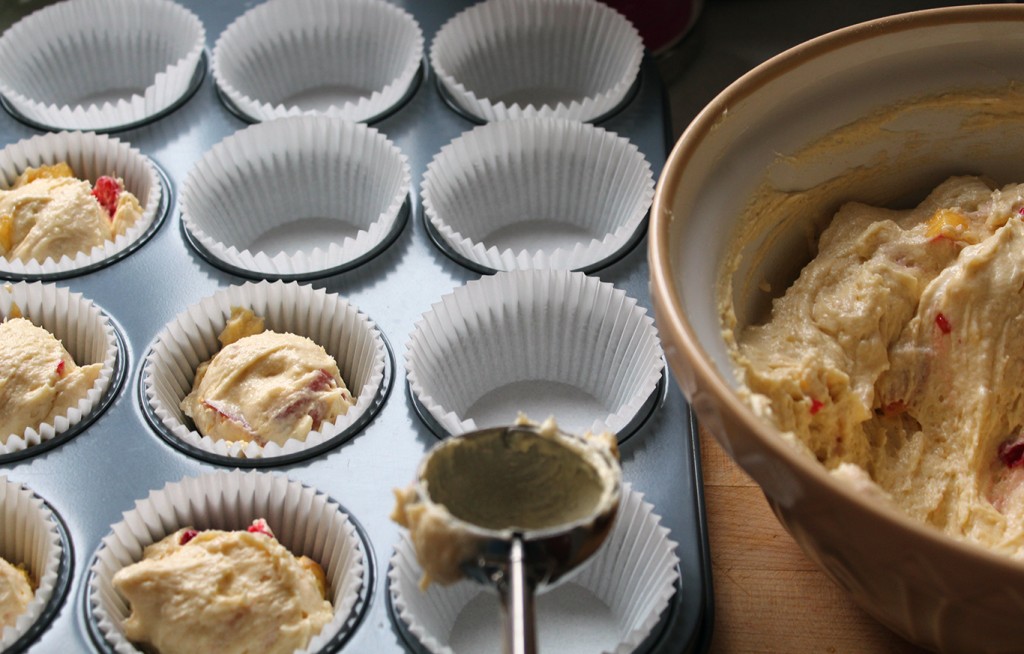 Here in Inverness we have been treated to some proper summer weather lately so for my first recipe I chose two scrumptious summer fruits, both perfectly ripe at this time of year, and brought them together in the cupcake version of a retro dessert….peach melba!

I absolutely love baked peaches, nectarines and apricots.  They flavour of the fruit becomes so intense and the texture is so soft, it’s just wonderful!  The chunks of raspberry cut through the sweetness nicely to give the perfectly balanced cupcake.

Anything with made with fruit that is such a beautiful colour is going to be good. 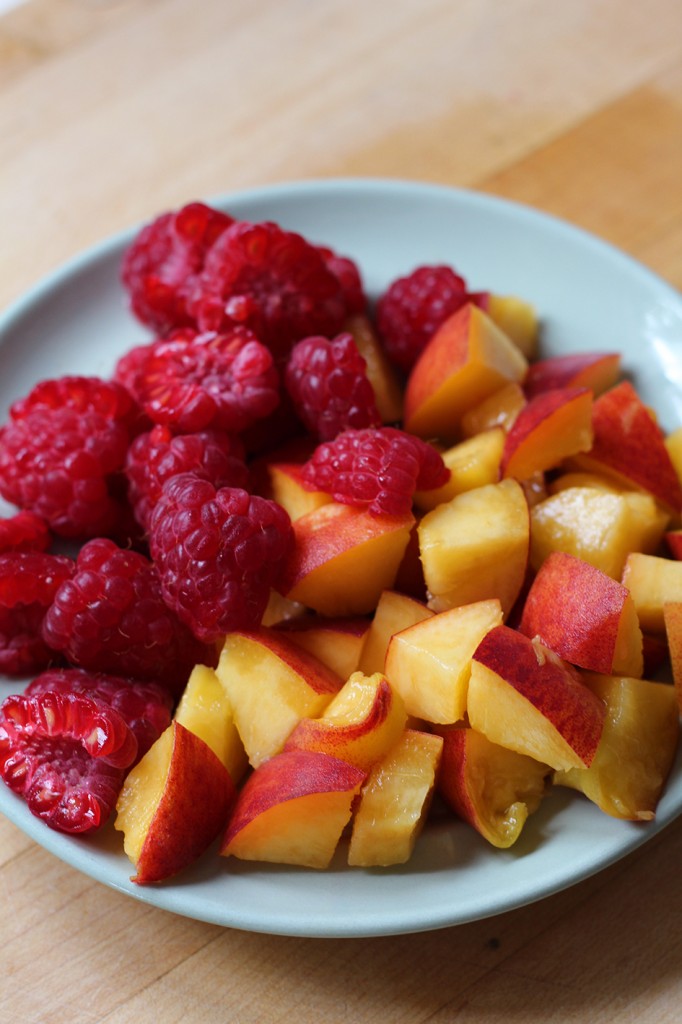 Everything prepped and ready to go. 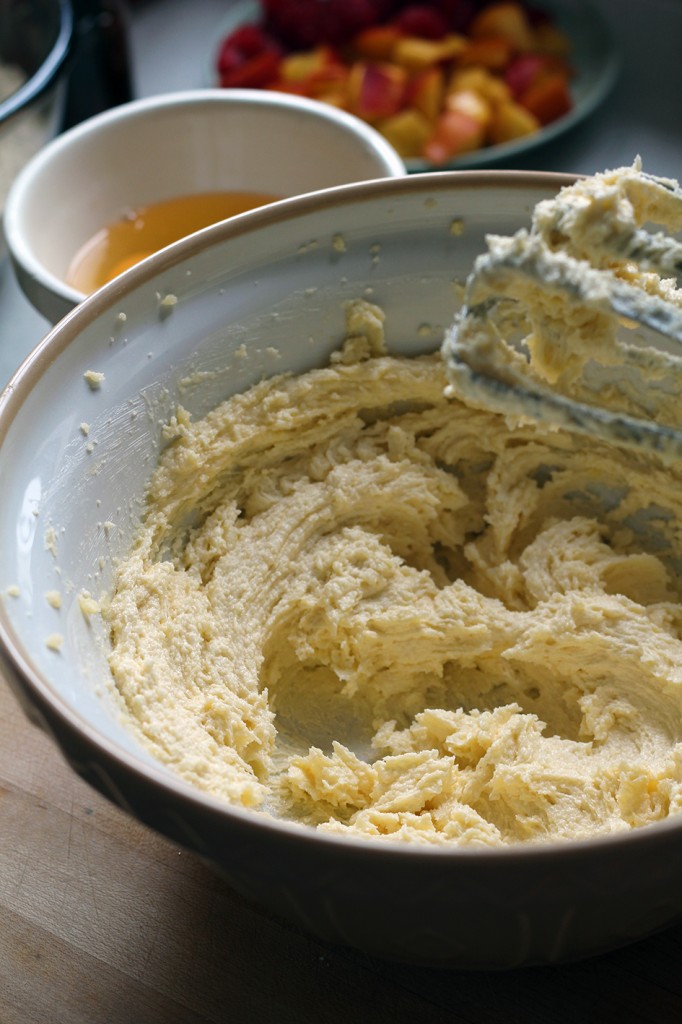 Fold the flour in in stages. 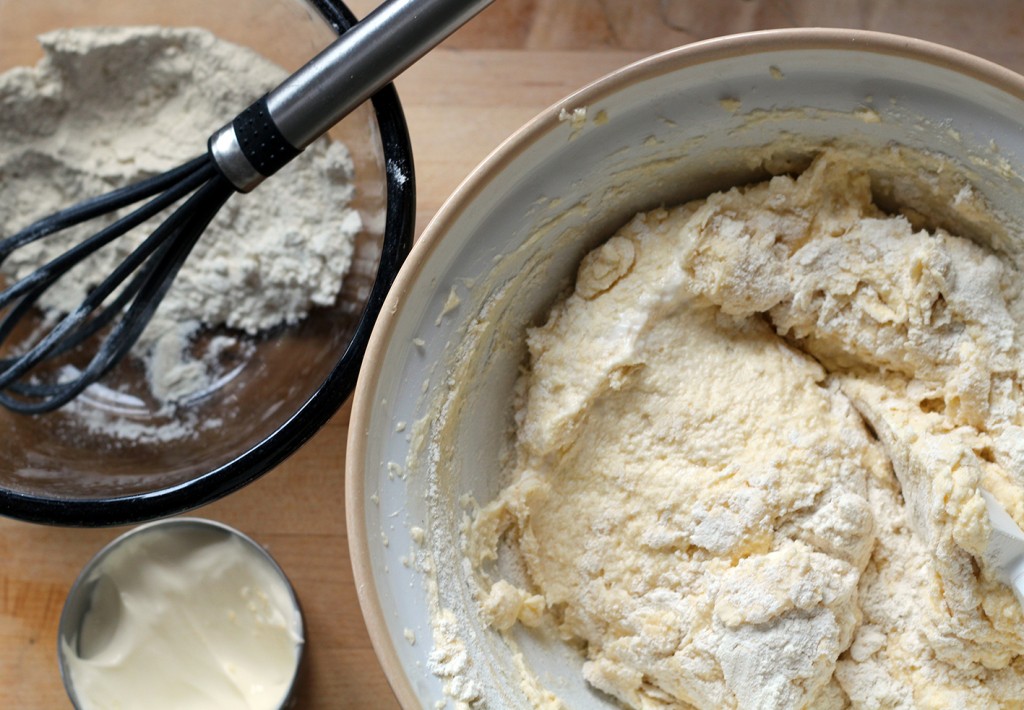 Followed by the fruit. 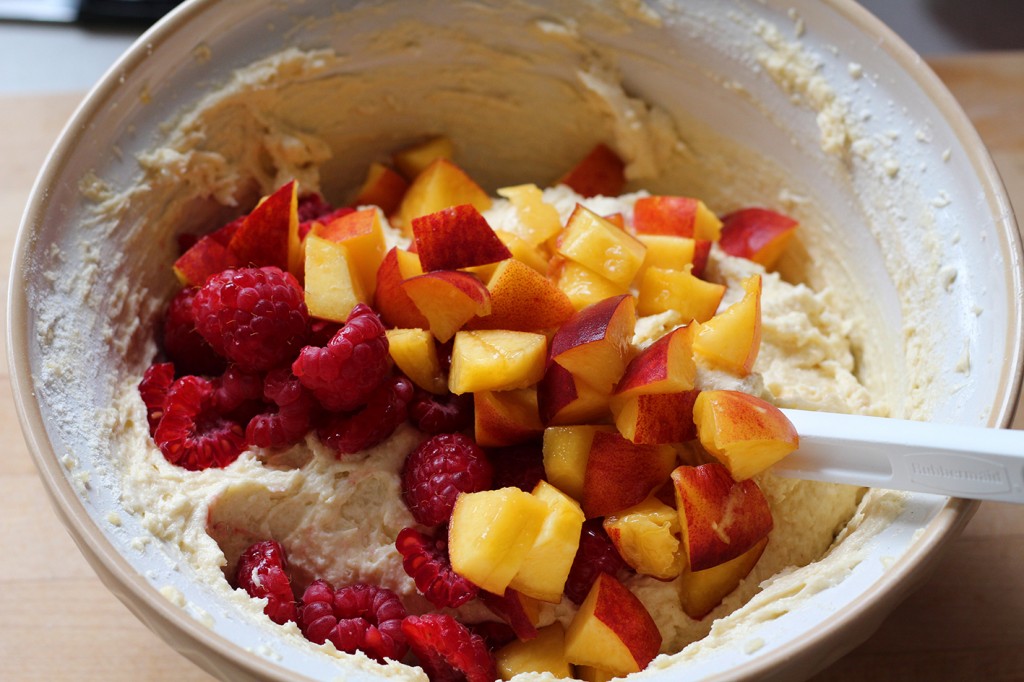