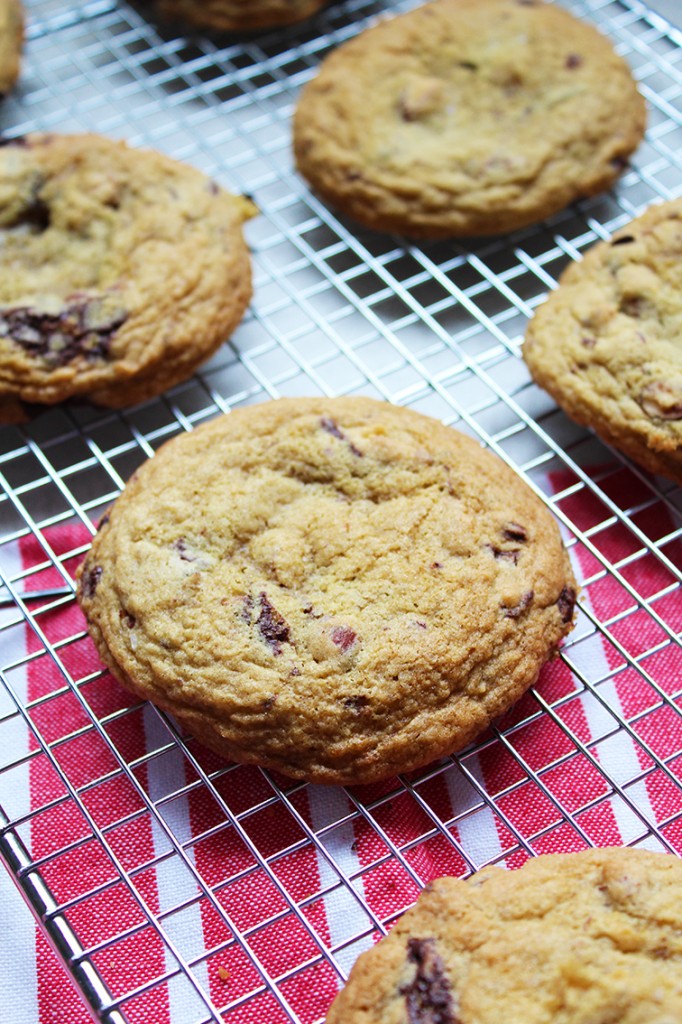 Originally I hadn’t planned to post about these.  I found myself in a house without any biscuits, and I can only go so long drinking tea without a something sweet to crunch so baking was the answer to my problem.  The thing is, they turned out so well that I really had to share the recipe, it would be cruel not too.

So, chocolate and almond cookies…firstly, they are baked up just the way cookies should be.  Crispy at the edges, soft and chewy in the centre.  Then to the tasty additions, rich dark chocolate and crunchy almonds.  By roasting the almonds in the oven before adding them to the cookie dough they are super crunchy in the final biscuit.  As I love the flavour of almond I thought I would kick it up a notch and add a few drops of almond extract (only a little as that stuff is hella powerful!).  It was a great idea, the subtle almond flavour really adds an extra dimension to the flavour of these cookies.  The obligatory sprinkle of sea salt atop these cookies just rounds the whole thing off perfectly. 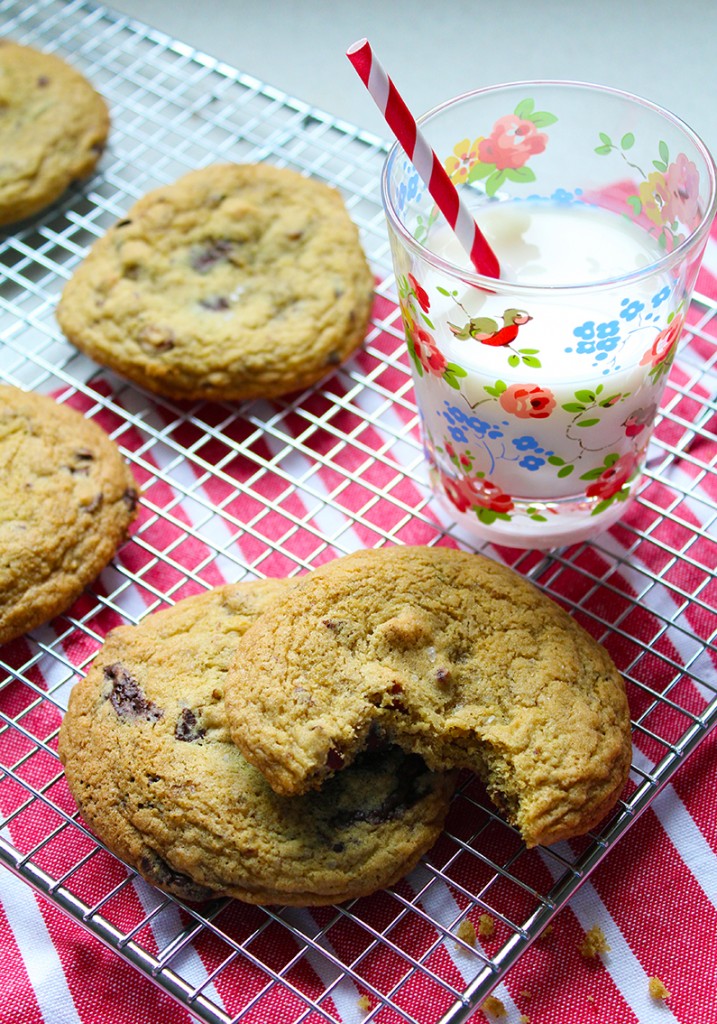 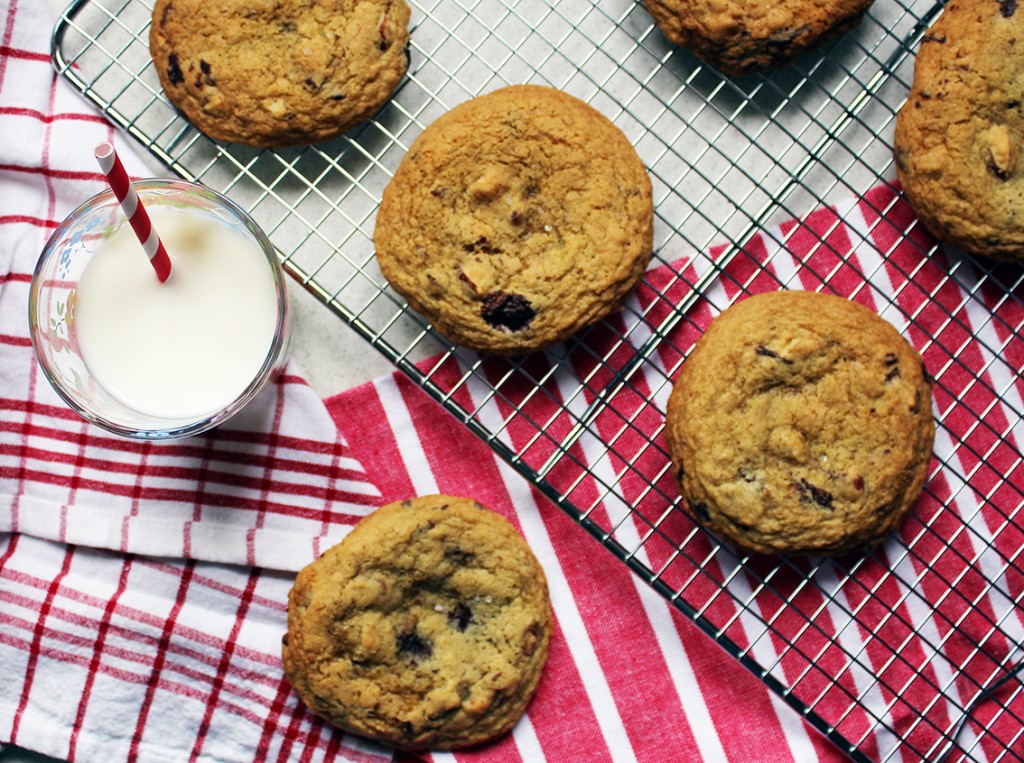 I know, I know, they are just cookies but they really are delicious.