It may not look like it but I’m trying to eat healthier.  Now you may be wondering where chocolate chips factor in that endeavor.  I understand, chocolate rarely features on how to eat right articles, and I can’t say that this is the healthiest breakfast option out there, but it is surely tasty and for the most part pretty wholesome.

The intention was to make coconut and raspberry baked oatmeal, which I still think would be lovely, but I spotted a half empty bag of chocolate chips in the cupboard just begging to be used, so I thought why not!?  It was a welcome addition, and there is such a small amount of chocolate per serving that I think we get away with it. 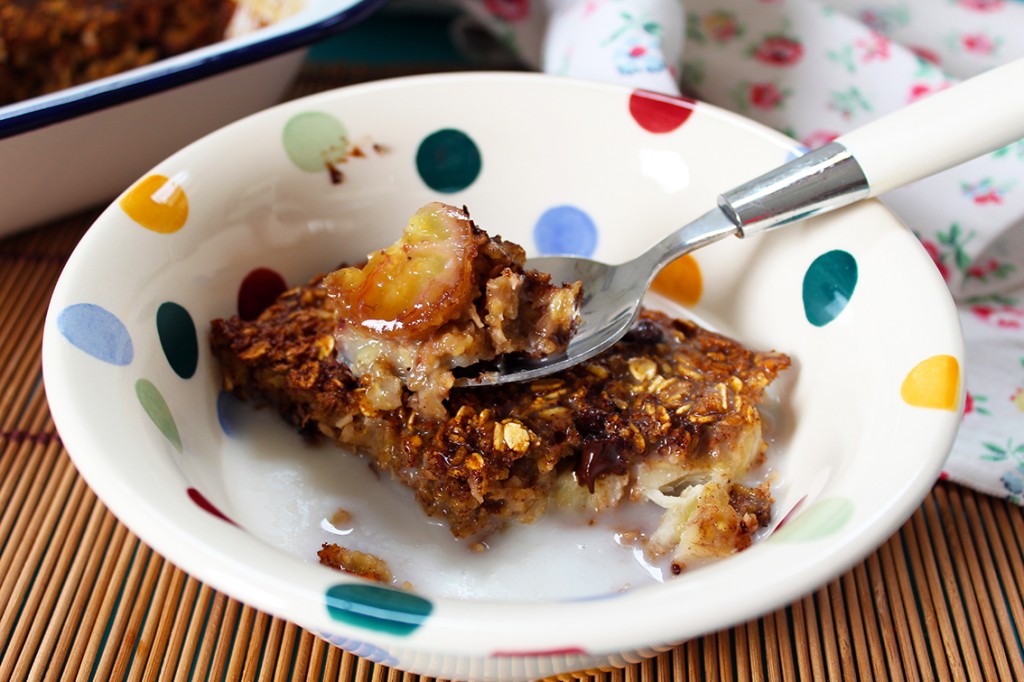 The idea for this breakfast was born when I picked up a carton of Alpro coconut milk, which is actually a mix of coconut milk and rice milk making it much lighter than the stuff that comes in a tin.  Normally I like to use almond milk in my porridge, I don’t have anything against dairy (I’m sure you’re shocked to hear that) but I I discovered it when I was trying to cut down on dairy for a bit and love the taste of it in porridge.  When I went to pick some up last week I noticed the coconut variety was on offer so I though I’d give it a try, imagining it would make great smoothies (it does).

This is a very simple breakfast option and once you’ve made up your batch you can reheat it for the next three days, breakfast sorted!  To compliment the subtle coconut flavour of the milk I added some toasted, unsweetened desiccated coconut which infuses major coconut flavour.  The layer of bananas at the base tops up the protein levels, adds some sweetness and stops the oatmeal from sticking!  Ideal.  For sweetness I used muscovado sugar, but honey or maple syrup would be excellent substitute (I was out of honey and the lid was stuck on my maple syrup, ha!) 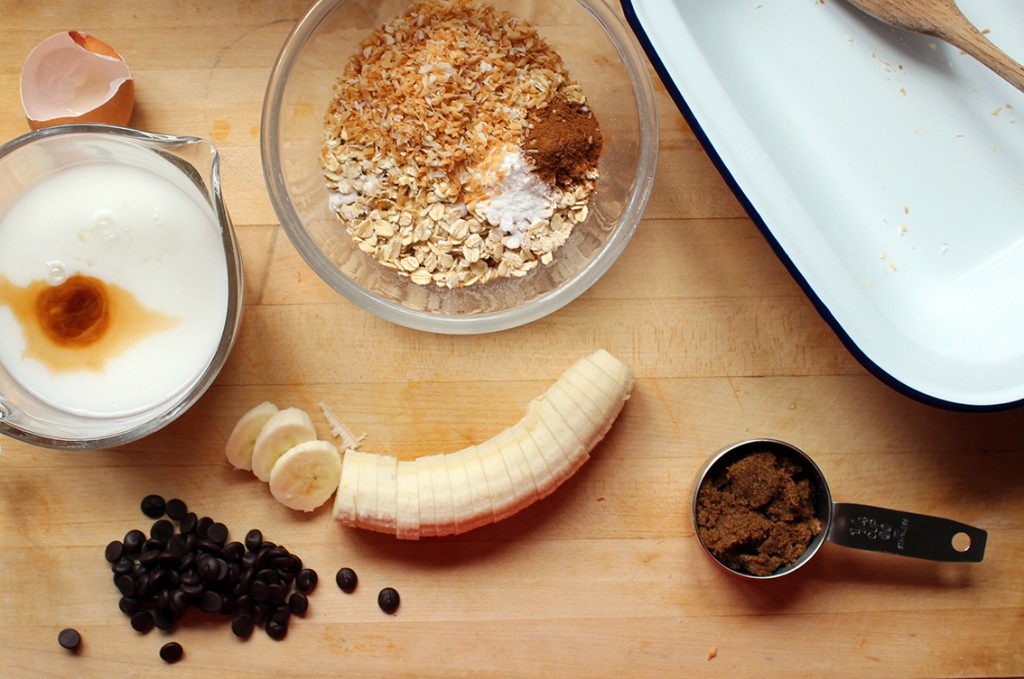 It only takes a short time to prepare then you can pop it in the oven and go get ready, when you’re done your breakfast will be too. 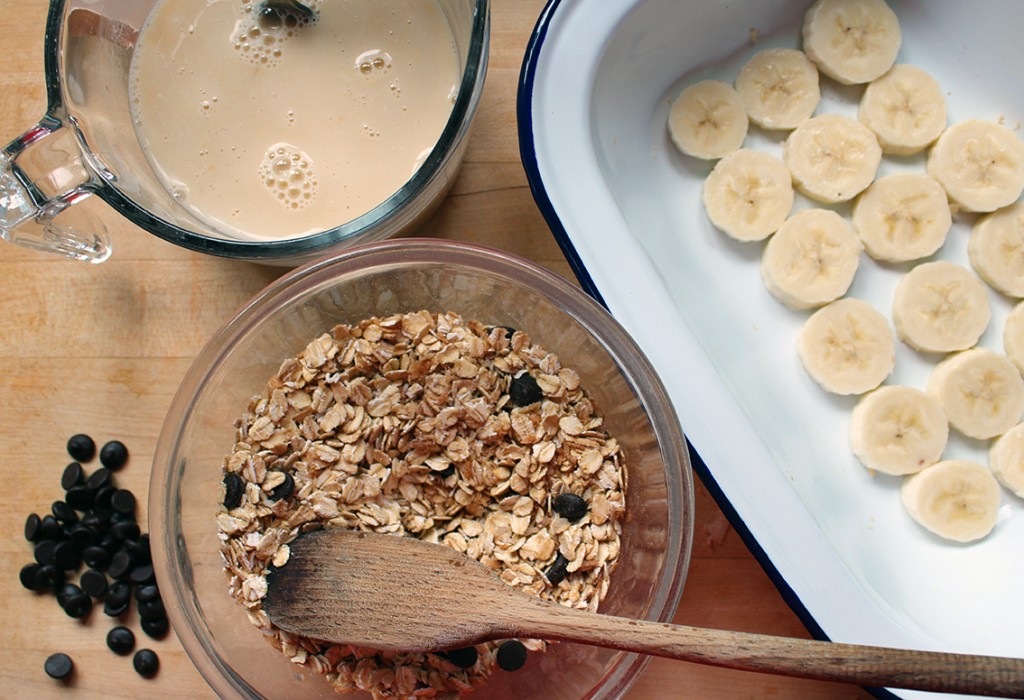 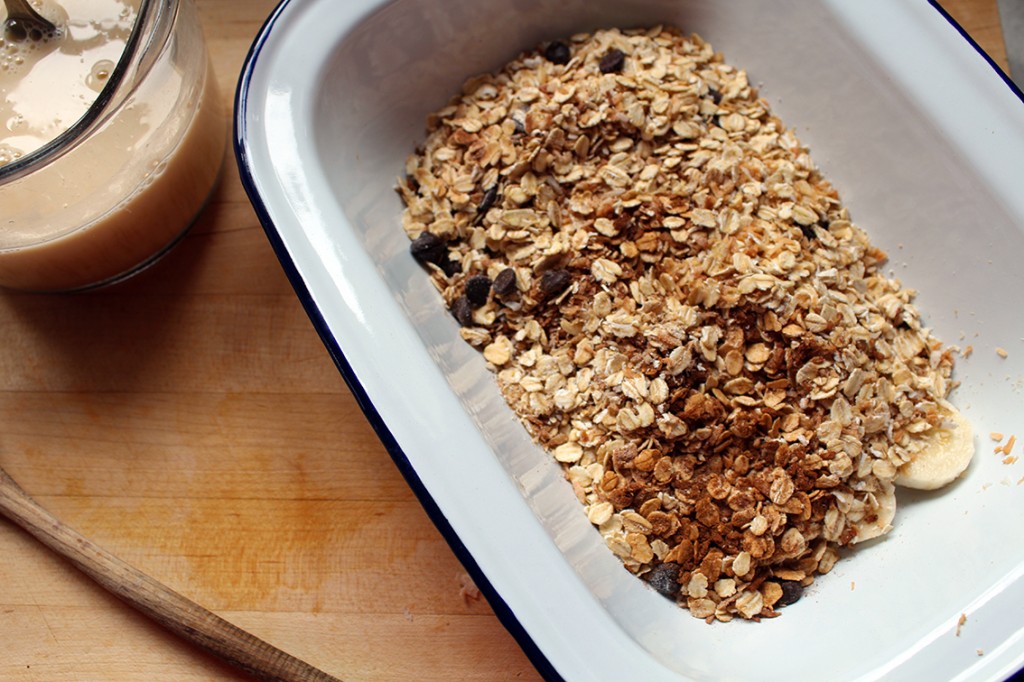 Pre-bake….it’s maybe not a glamorous breakfast. 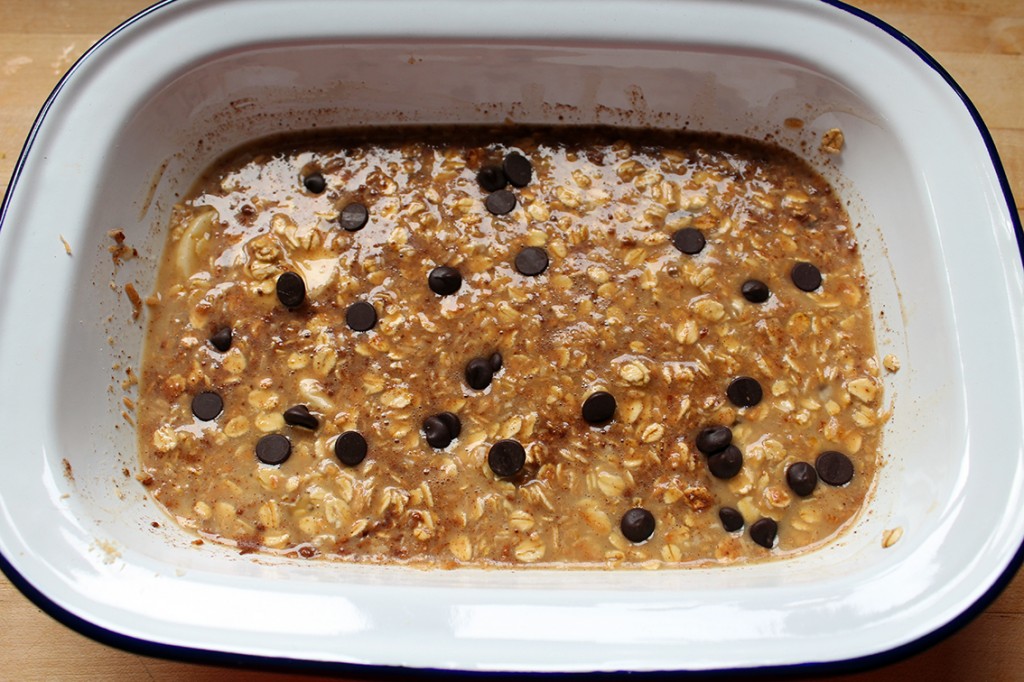 That’s breakfast sorted for the next three days! 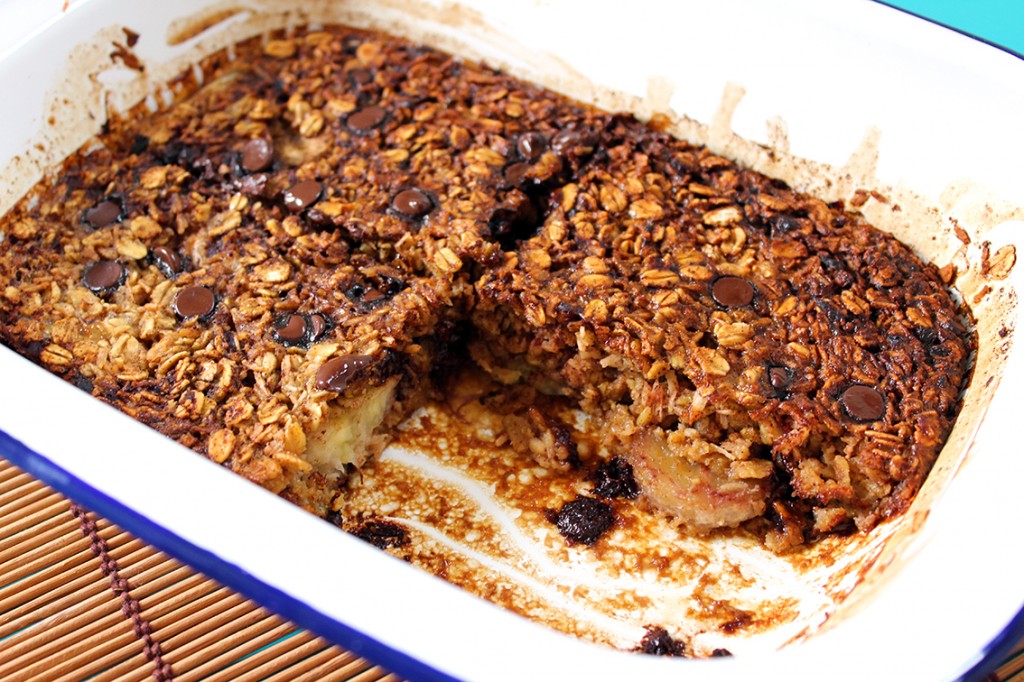