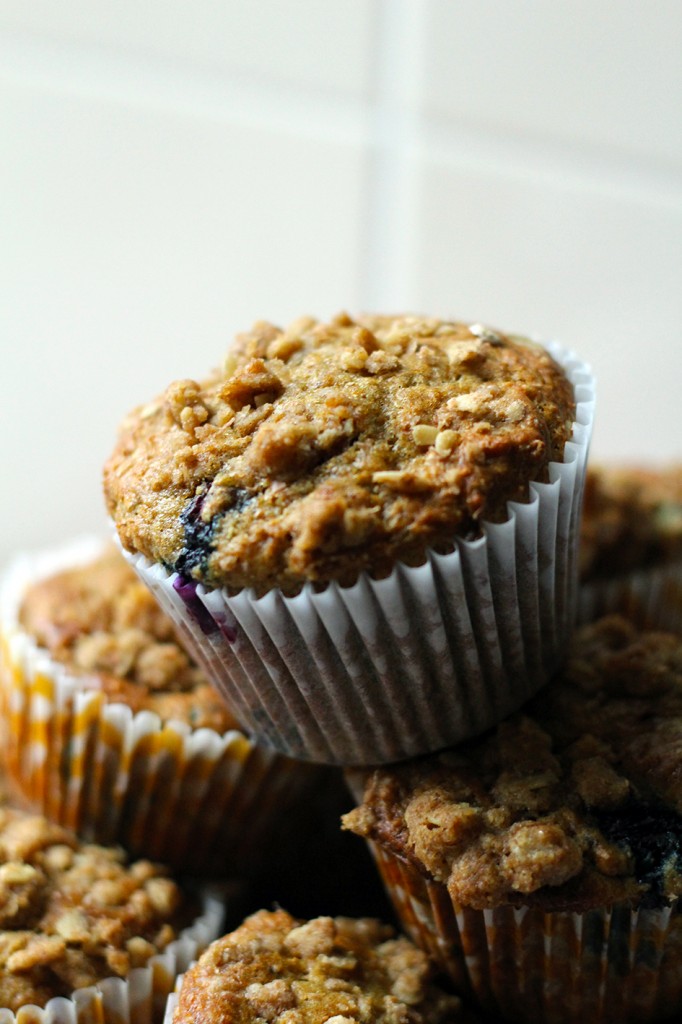 It has been a little while since my last post, and that is due to all the packing, moving and unpacking that has been going on in my life.  It’s amazing how much stuff you accumulate over ten years.  However I’m mostly settled in now and back to baking! 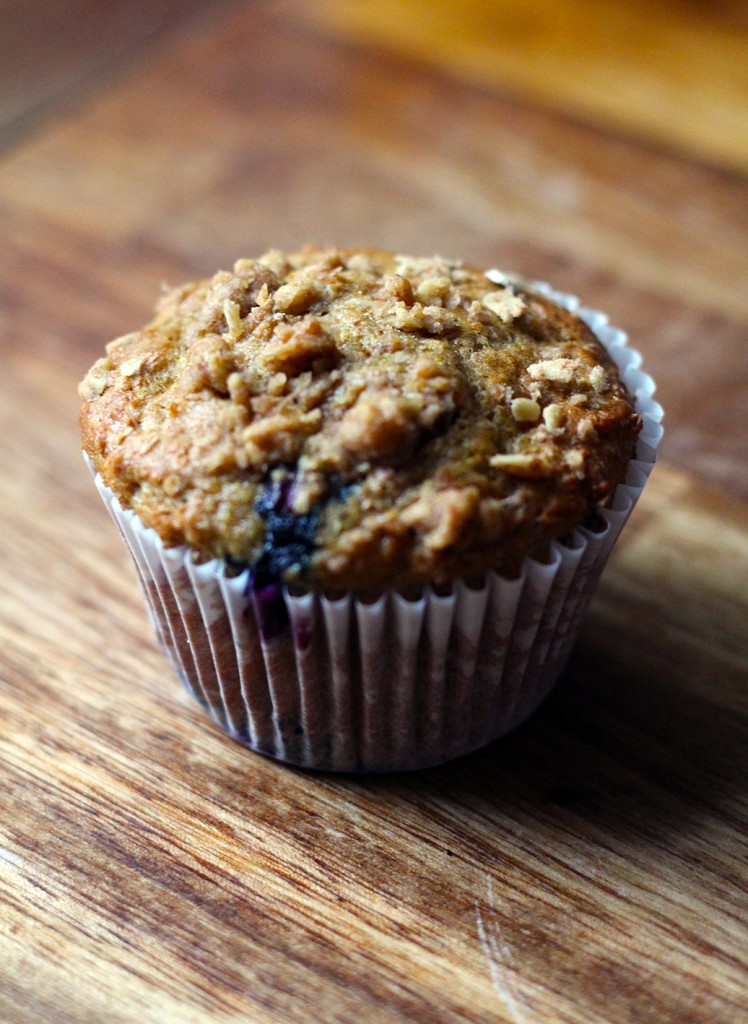 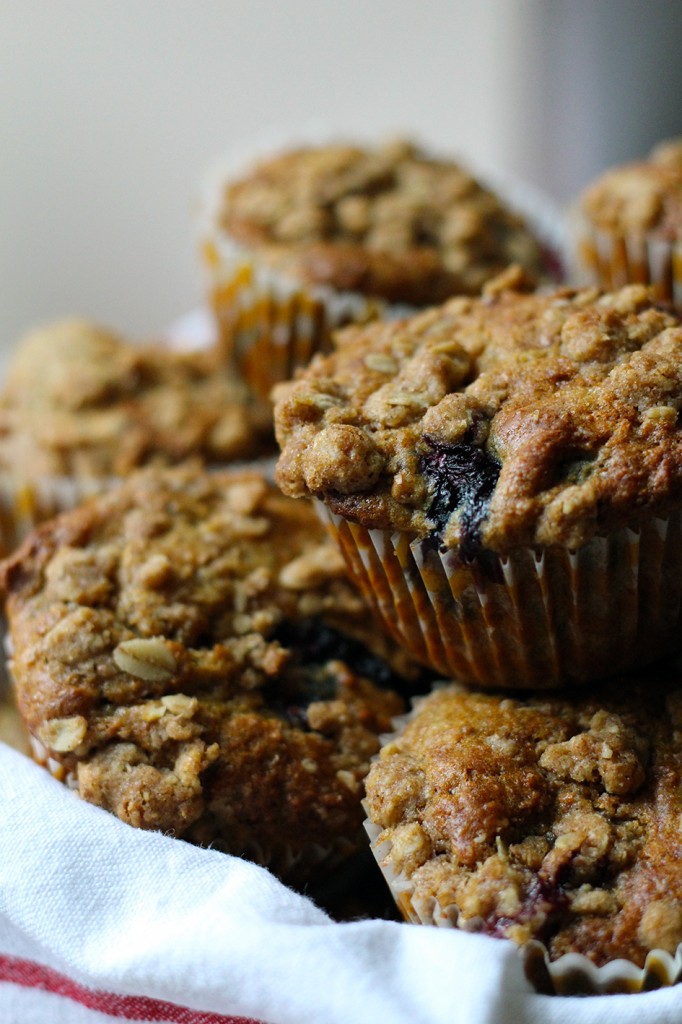 I’m attempting croissants this afternoon for my parents anniversary breakfast tomorrow morning so look out for that recipe later in the week, hopefully they work out!  For now I bring you a much quicker and simpler breakfast treat.  Blueberry muffins have to be my all time favourite muffin.  When blueberries are cooked they become sweet and mellow, and in a muffin provide bright bursts of flavour which in this muffin contrast beautifully in flavour and texture with the walnuts.  The addition of an oaty crumbly topping brings these to the next level, almost out of breafast territory but the oats are helping us cling on.

First to gather up your ingredients, and toast your walnuts. 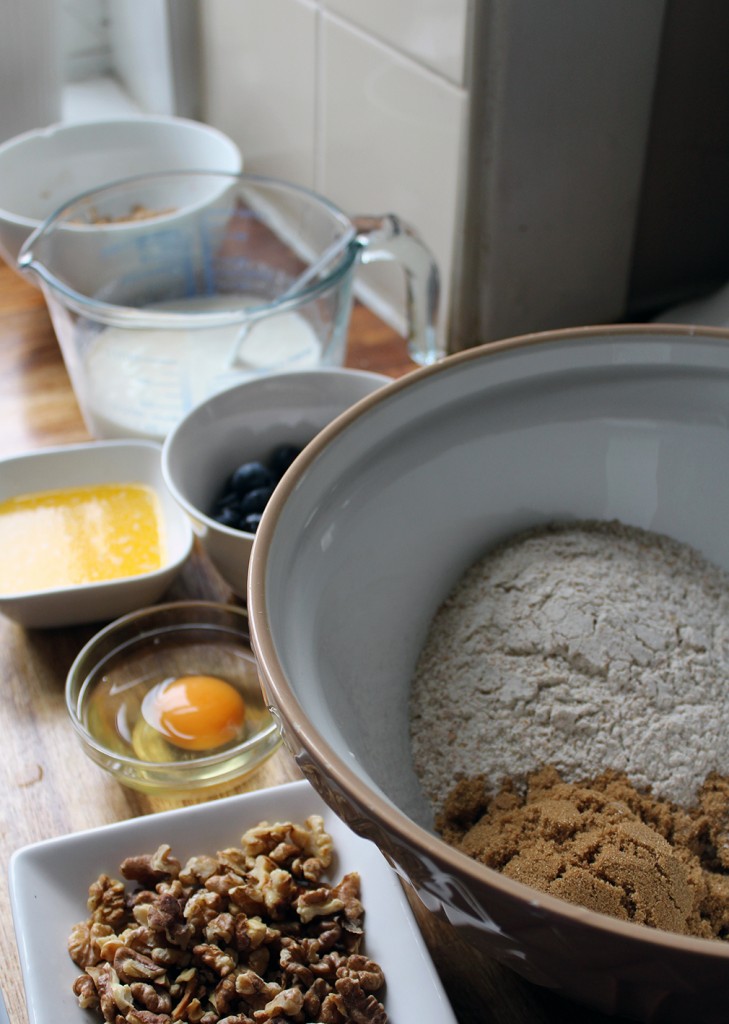 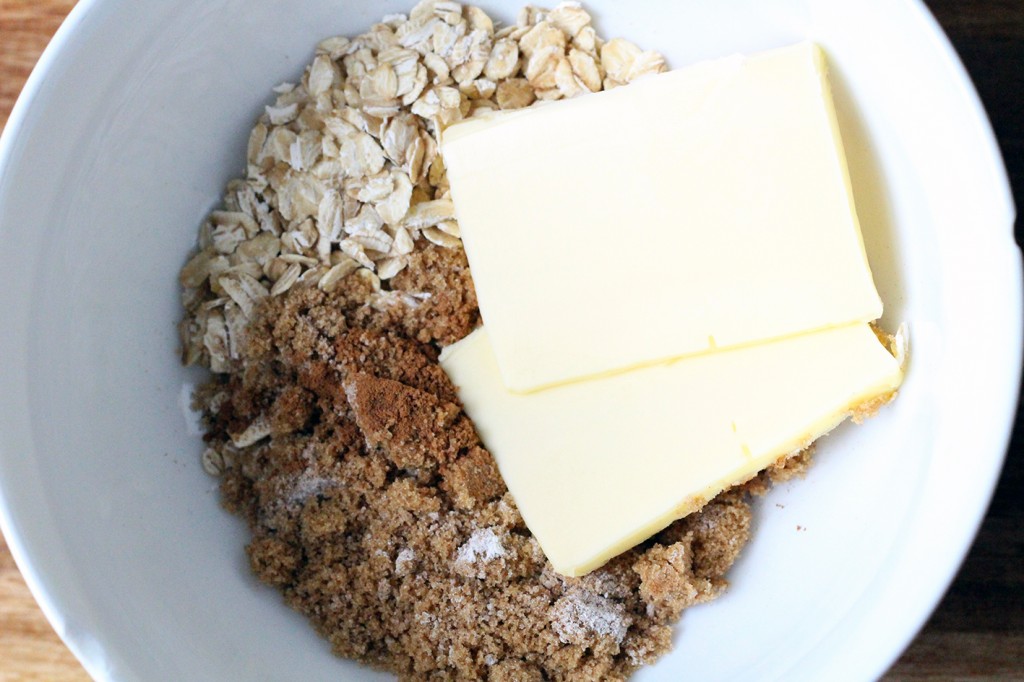 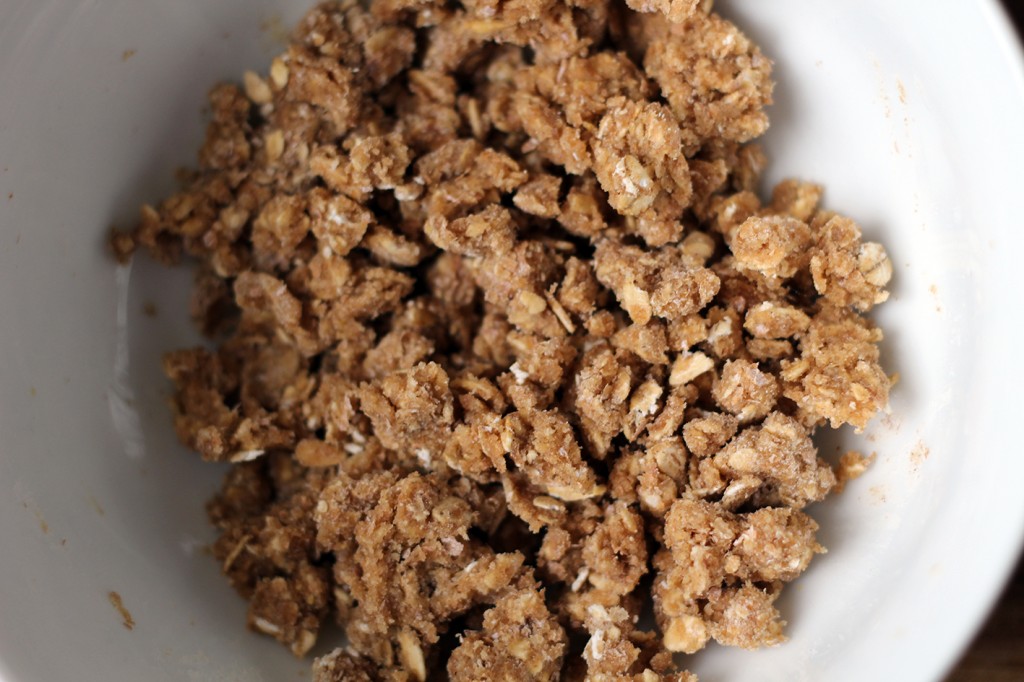 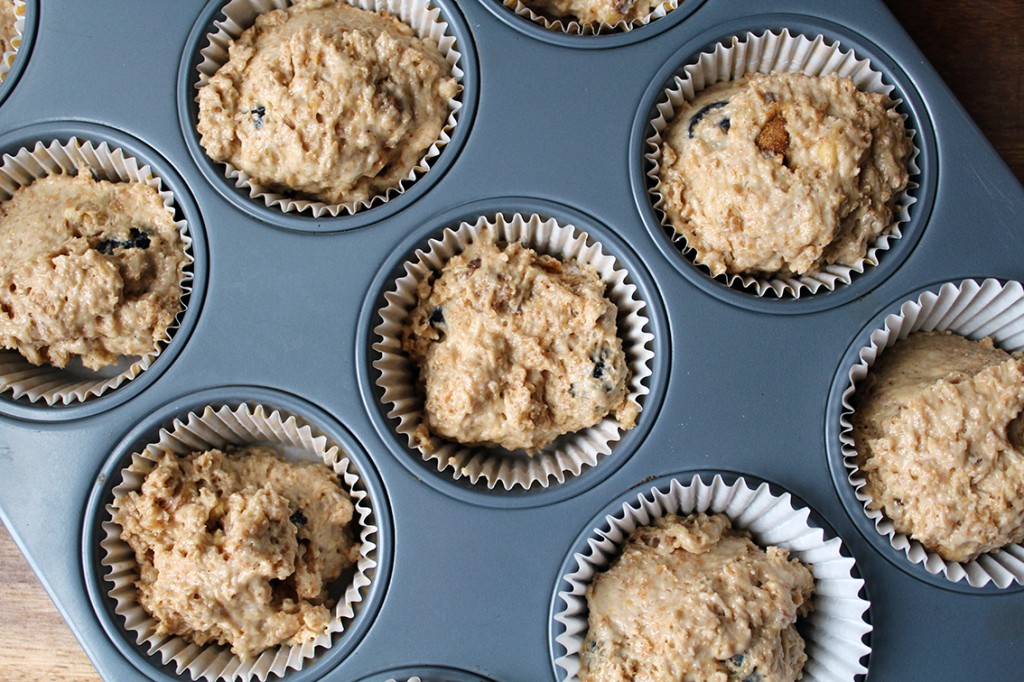 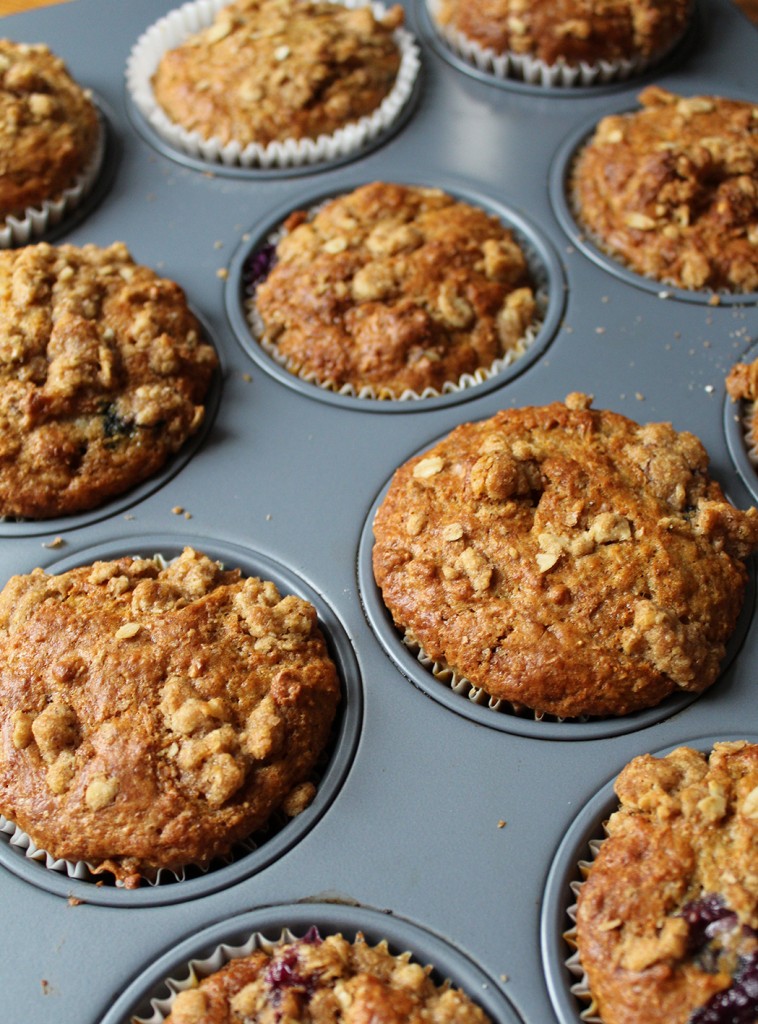 Blueberry & Walnut Muffins
adapted from How Sweet It Is

Preheat the oven to 170 degrees C.  Line a muffin tin with 12 liners and set aside.

To make the crumble topping combine all ingredients in a bowl and work together with your fingers, until you have a rough breadcrumb consistency.  Set aside.

For the muffins, take a large bowl, whisk together the flour, sugar, soda, baking powder, cinnamon and salt.  In a smaller bowl or a large jug, whisk together the yogurt, milk, egg, butter and vanilla extract.  Add the wet ingredients in to the flour mixture and begin to fold in.  When almost combined, add in the blueberries and walnuts and continue to fold together until just combined.

Divide the mixture between the muffin cases and top with the crumble.  Bake for 18 – 20 minutes, until golden brown.  They will look a little darker on top because of the sugar and wholewheat flour.

Remove from the tins and allow to cool on a wire rack.