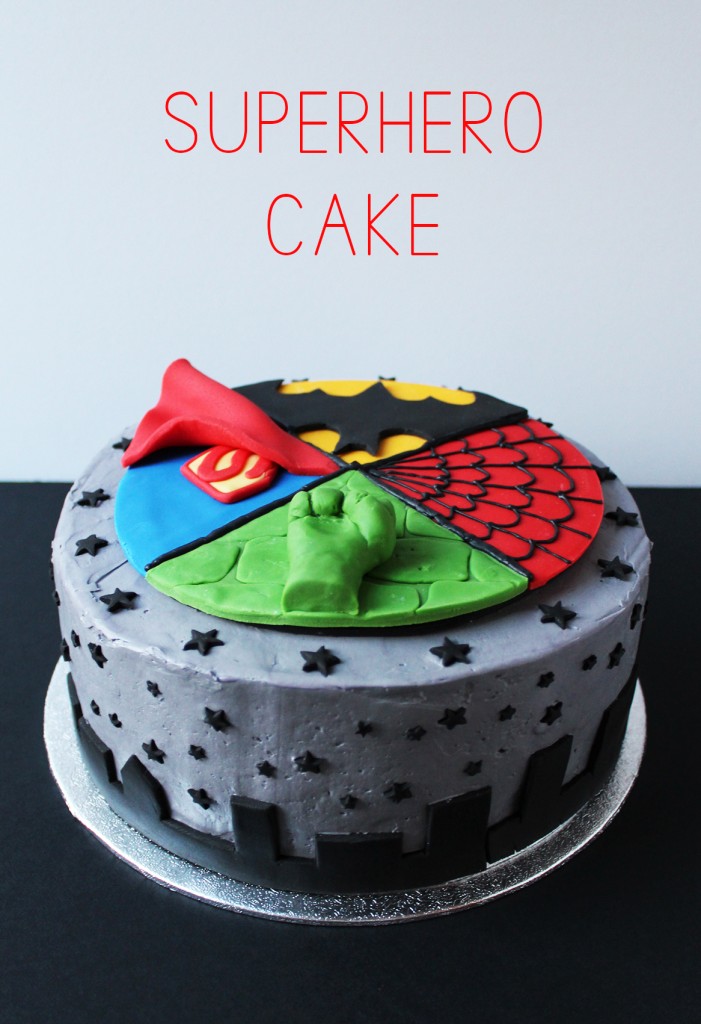 My friends sister asked if I would bake a cake for her sons birthday party a couple of weeks ago. Well, of course, but what did she want it to look like?  He, like any other four year old, likes superheros – Spiderman, The Hulk and The Thing to be precise.  So to Pintrest I went in search of inspiration and ideas that I could cope with, but would also have a bit of wow factor. 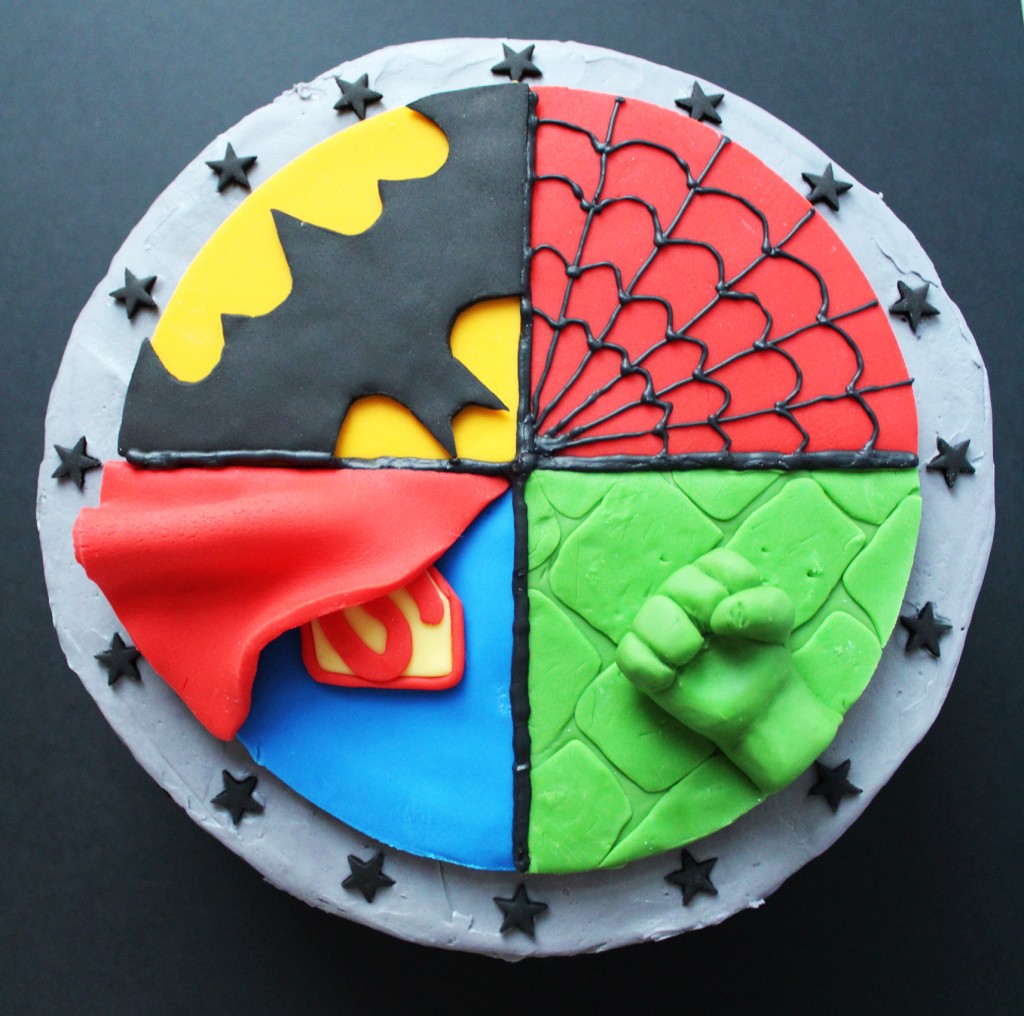 This cake was what first sprang to mind when I thought superhero cake.  I’d seen it floating about the internet for a while, and it is pretty fabulous, although way out of my skill zone.  I’ve not quite managed to tackle tiered cakes yet.  So instead I stuck to one tier but combined the four superheros on the top.  I really just sort of freestyle when I decorate a cake, as everyone is usually the first of that design, and because of that it takes me a long time.  First I mixed up my colours, then made a template and then began cutting out the shapes.  I couldn’t cope with The Thing which had been requested so I switched him for Batman and Superman.  I really just wanted to give one of them a cape, that is definitely my favourite part. 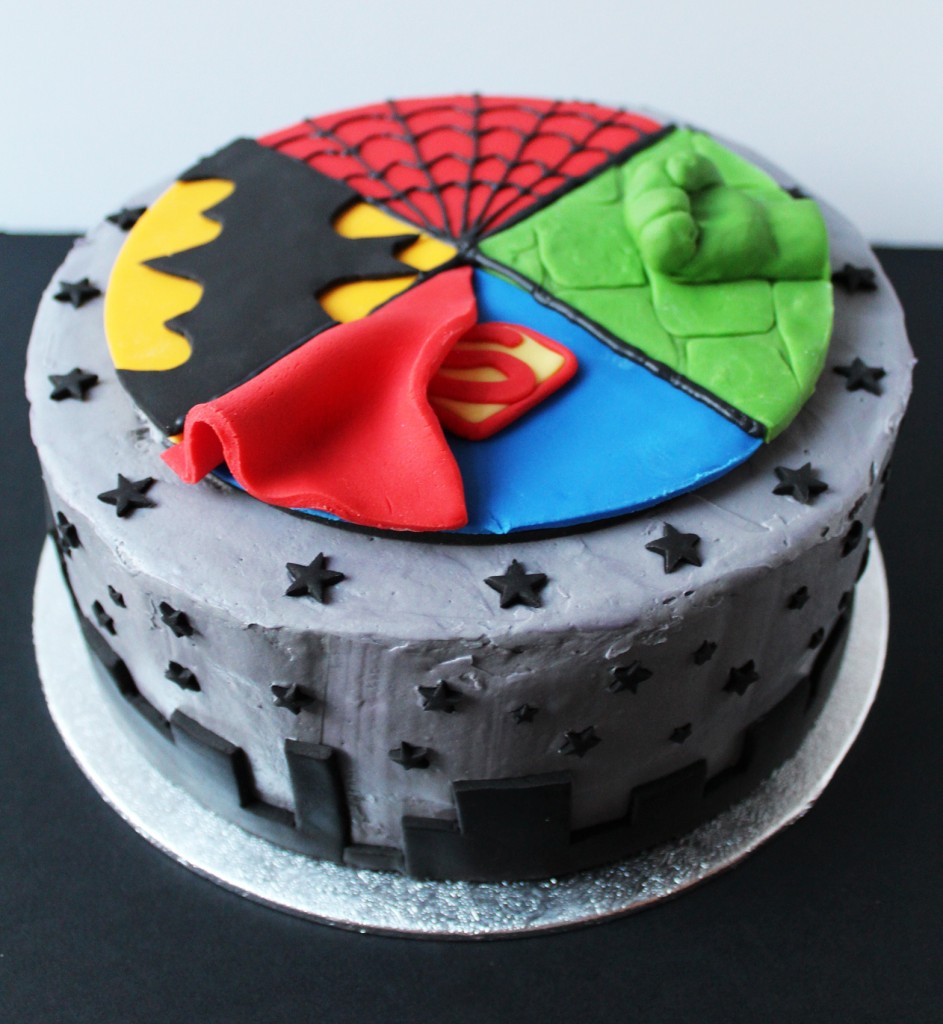 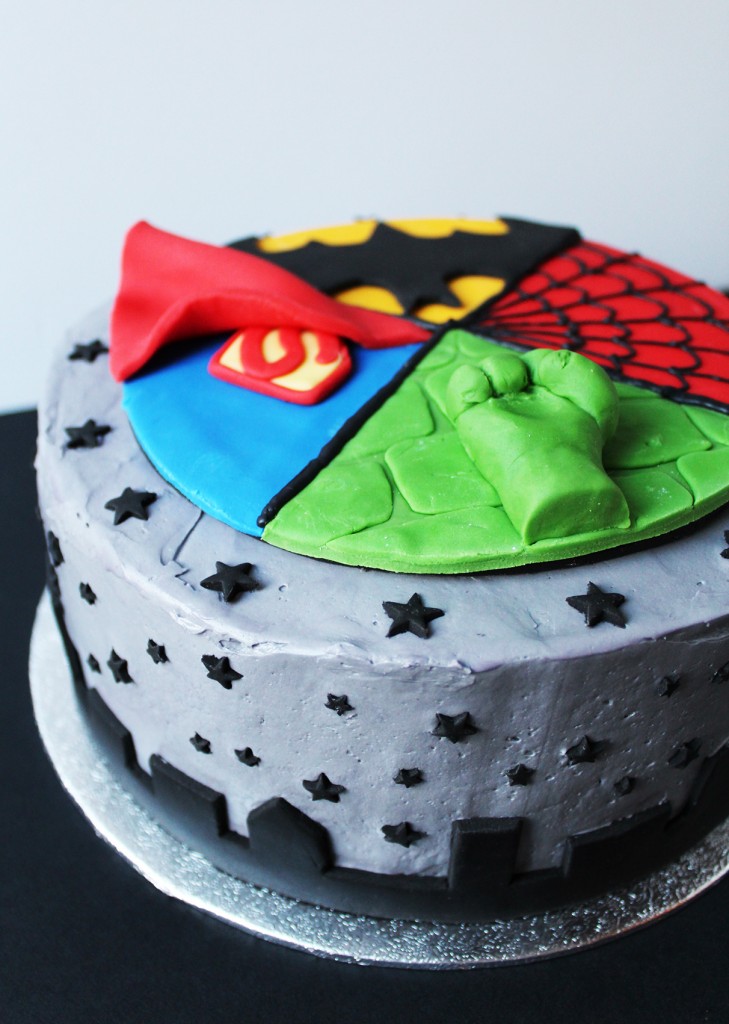 Overall the cake turned out well.  If I could do it again I would’ve made it a lighter grey, slightly more appetising, and bought a couple more tools for shaping the fondant, a knife and my hands aren’t really cutting it anymore.

For the sponge, I used this recipe from Sweetapolita.

For the frosting I attempted Swiss Meringue Buttercream for the first time, and used this recipe from Sweet Society.  If you’ve never tried Swiss Meringue Buttercream it as a much subtler sweetness than regular buttercream, which is great when you’re using it to cover a cake completely.  Sometimes traditional buttercream can be overwhelmingly sweet on cakes.  It turned out to me much simpler to make than expected.  Just follow the recipe to the letter and you should be fine!

This cake was a two layer cake, so for the filling I used a traditional vanilla buttercream topped with raspberry jam.

I never got to taste the final product but I’m hoping it all tasted delicious!  The feedback has been good anyways.