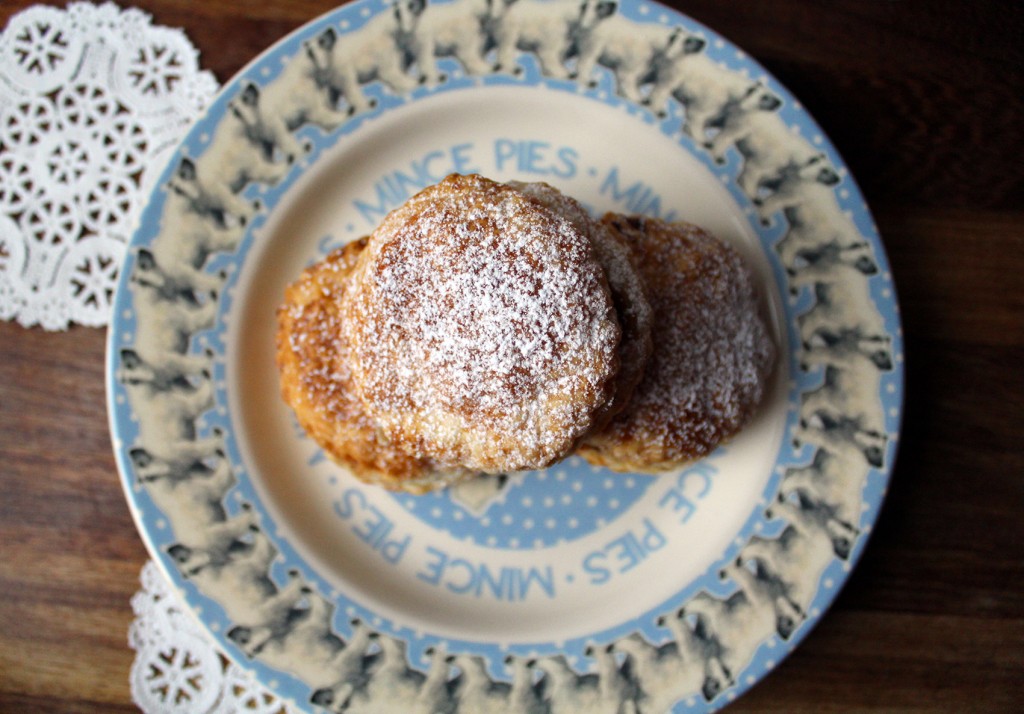 Bringing you a quick and easy recipe today, because sometimes you need mince pies NOW!  I’m sure that’s not just me.

I had bought a jar or mincemeat to make an apple and mincemeat crumble, after one of my friends had it for dessert when we were out to dinner the other day, and I had some left over.  Also, whilst in the supermarket earlier in the day I was compelled to buy two packets of ready rolled puff pastry which was on special offer.  So it seems I was destined to make these mince pies. 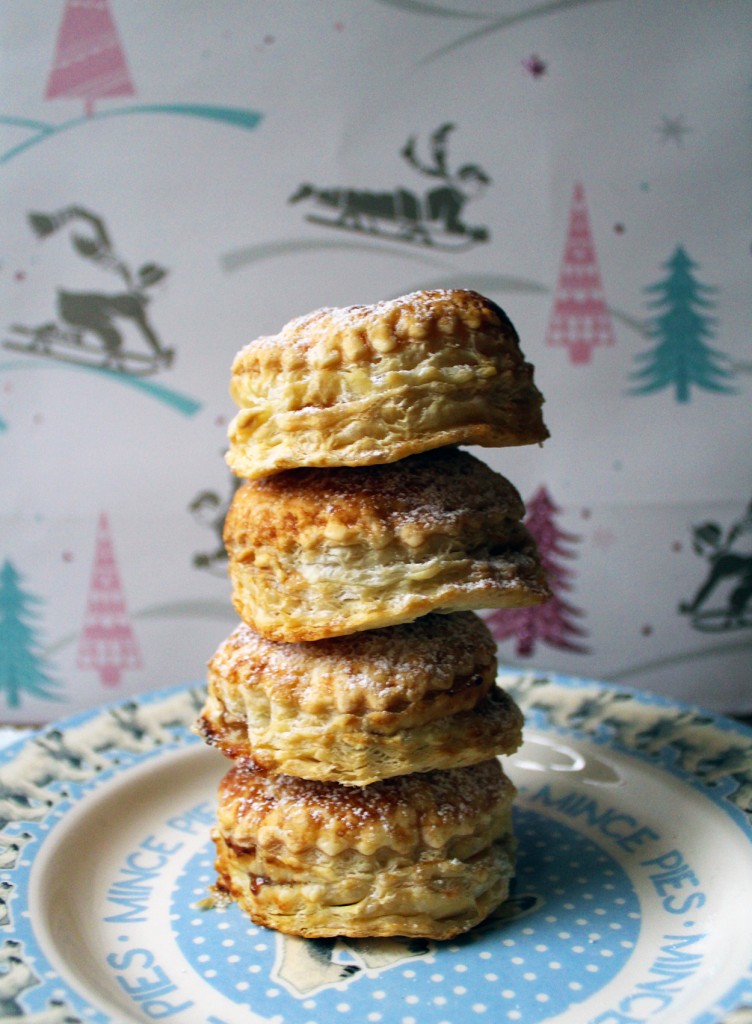 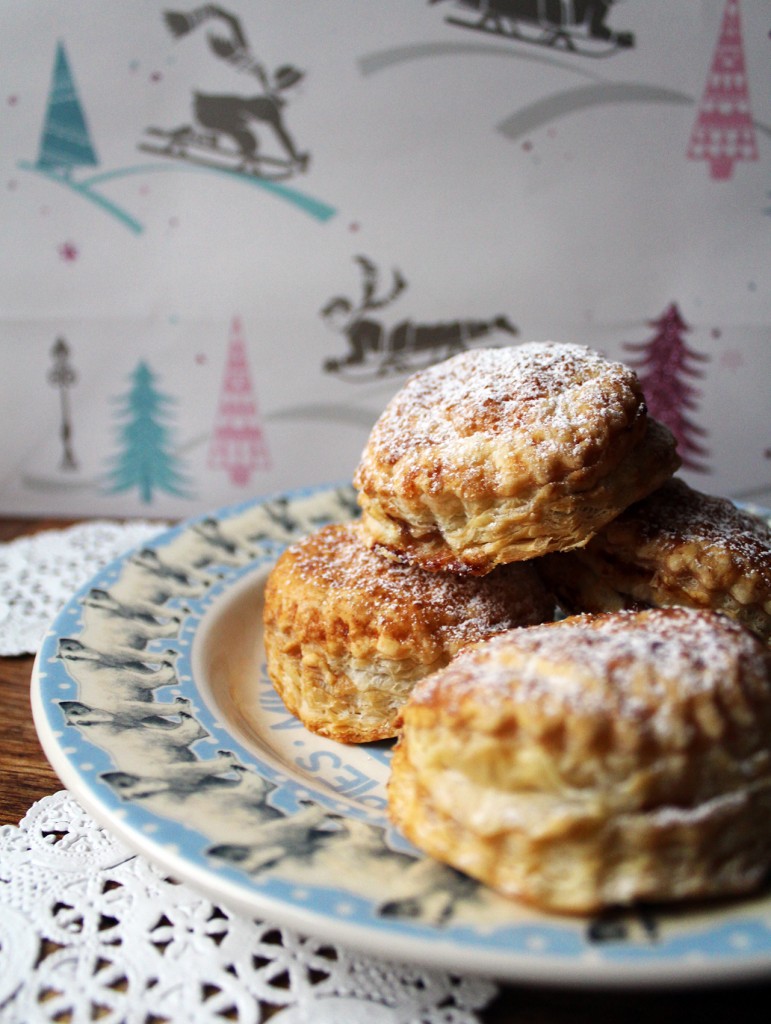 To make the mince pie filling I added some grated Bramley apple and chopped pecans to the left over mincemeat. 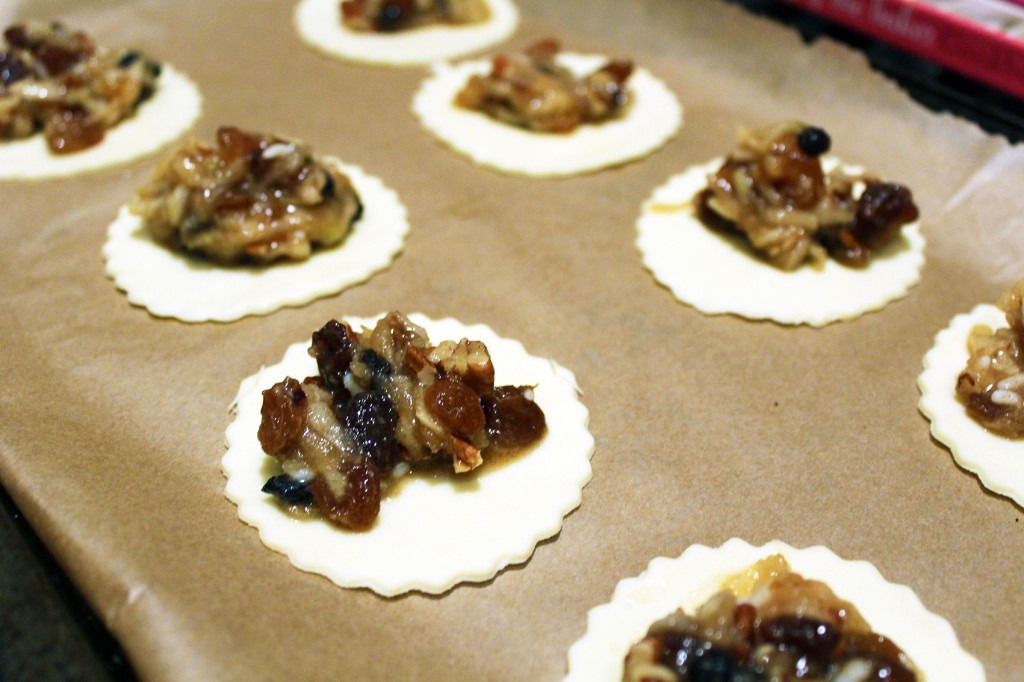 I cut out 5cm discs of pastry, placed a spoonful of filling on the bottom layer, then brushed a little egg wash around the edge before placing a disc of pastry on top.  Pressing a fork along the perimetre will seal the edges nicely, and don’t worry if a little filling spills out. 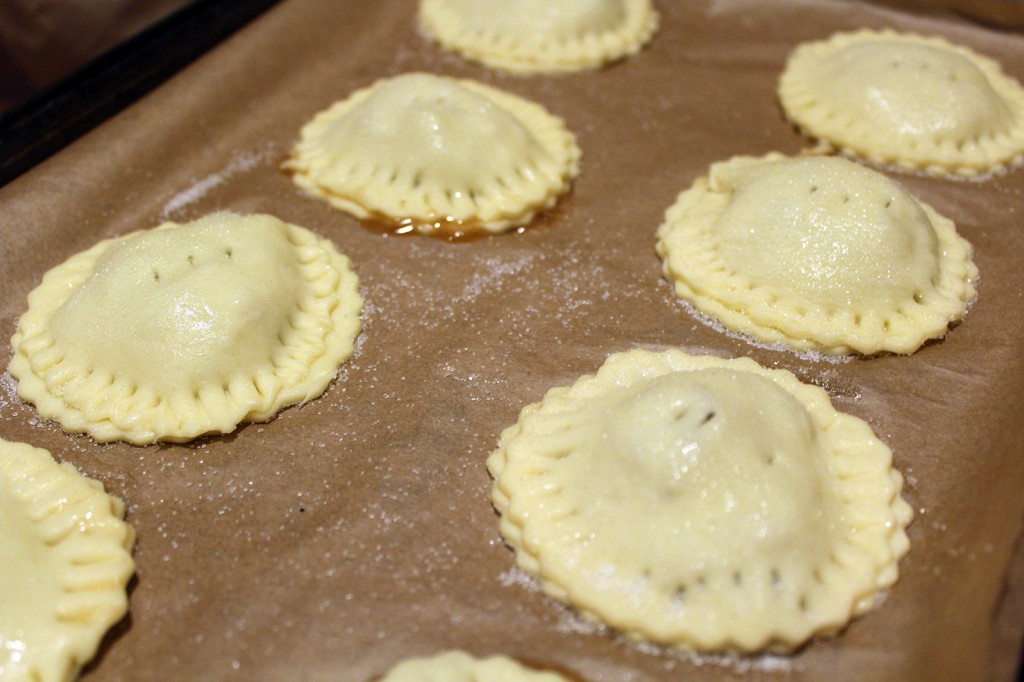