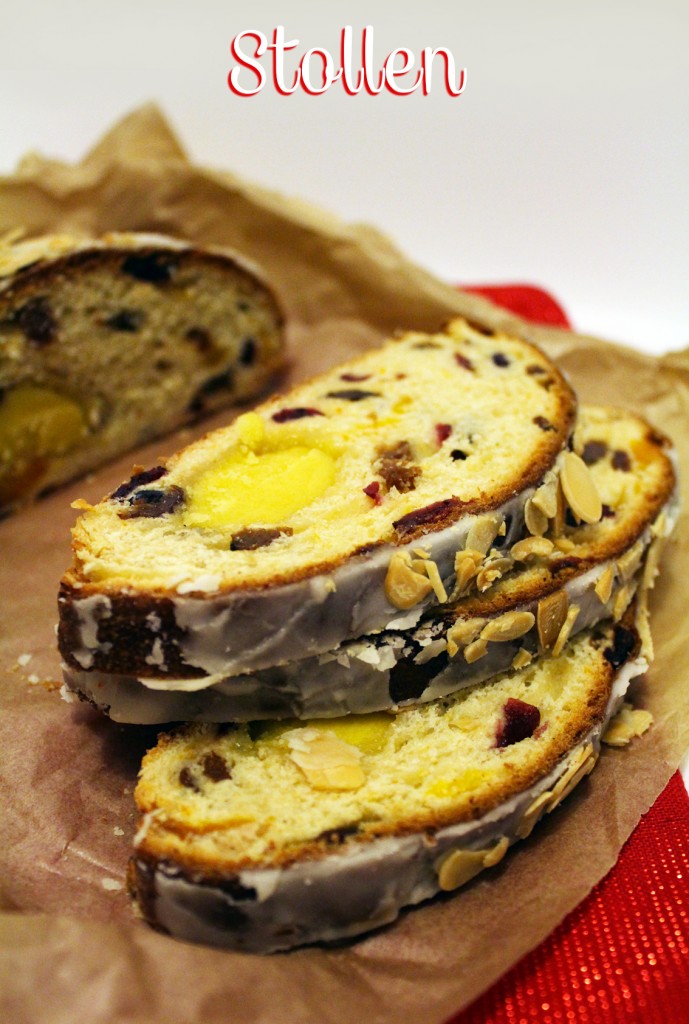 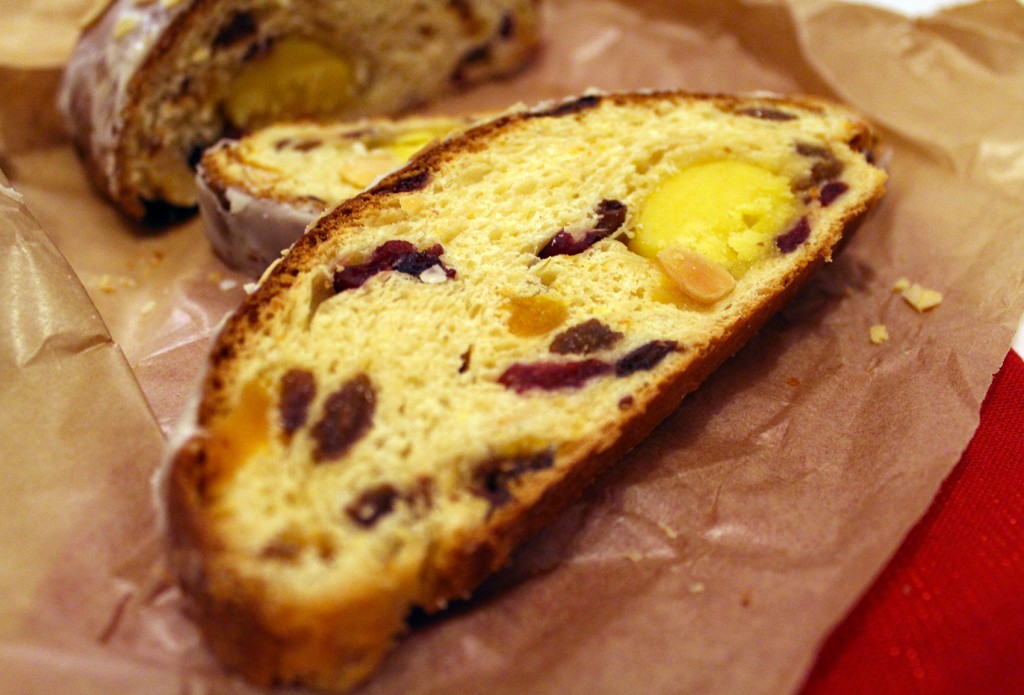 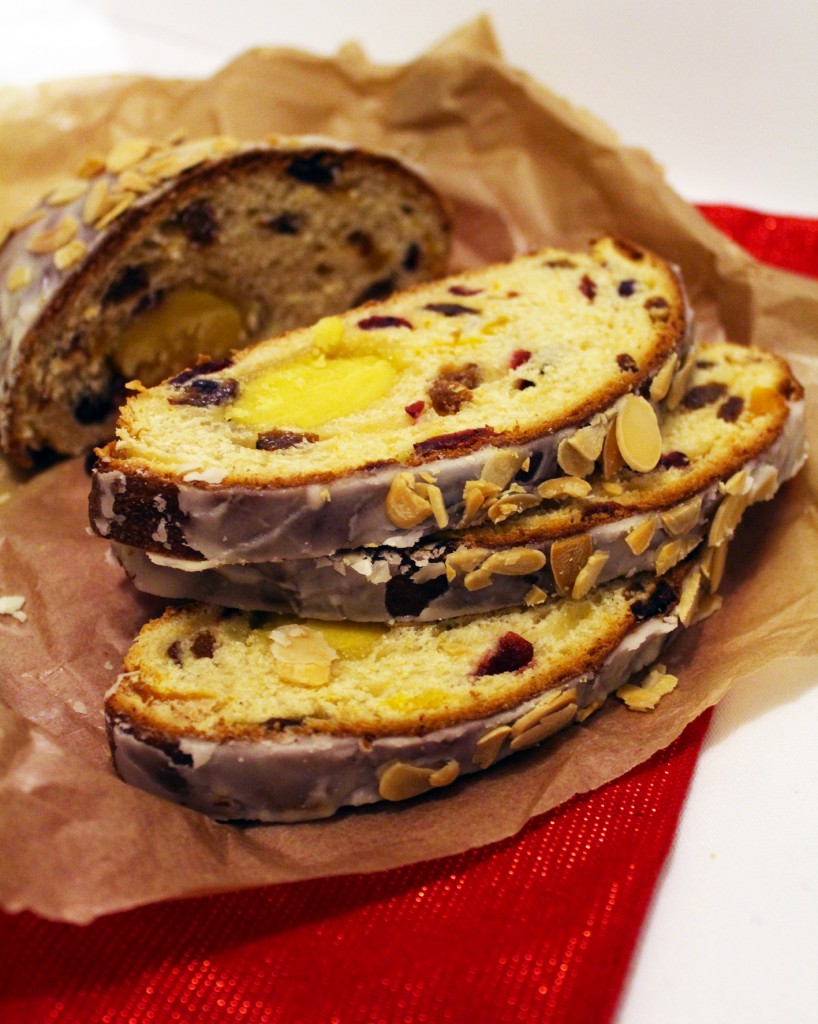 If you’ve never had stollen before I hope you give it a try and an alternative baked treat this Christmas!

Seeds from 4 green cardamom pods, ground in a pestle and mortar

Add the 300g of flour to a large mixing bowl and whisk together with the salt, sugar and yeast.  Make a well in the centre and pour in the milk, then add the butter and beaten egg.  Mix everything together – I did this by hand but the dough is quite wet so I would advise that you use a mixer with a dough hook if possible – until the dough starts to clean the sides of the bowl.  Add in the fruits, zest and cardamom and mix until evenly distributed.

Sprinkle a clean work surface with 25g of the remaining flour and knead the dough for 5 minutes until it becomes elastic.  Leave the dough in a floured bowl, covered with clingfilm, in a warm place until it doubles in size.  This should take about 2 hours.

Once the dough has risen, scrape it out on to a work surface dusted with the last of the flour and knock the air out of it.  Knead it a couple of times until it holds its shape.  Using your fingers, press the dough out into a rectangular shape, about 25 cm x 20 cm.  Roll the marzipan in to a sausage shape about 25cm long and lay on top of the dough.  Fold the long sides of the dough over the marzipan and turn the loaf over to the seam is at the bottom.

Transfer the dough on to a baking tray lined with greaseproof paper.  Lightly cover with clingfilm and leave to rise one more for about an hour, until doubled in size.

Bake in a pre-heated oven at 190 degrees C for 30-40 minutes, until a deep brown colour on top.  Remove from the oven and allow to cool on the tray for 5 minutes before transferring to a wire rack.

Whilst the stollen is still warm make the glaze by mixing together the icing sugar and orange juice.  Using a pastry brush, completely cover the top of the loaf whilst it is still warm.  Sprinkle with the almonds and allow to cool before slicing and enjoying.