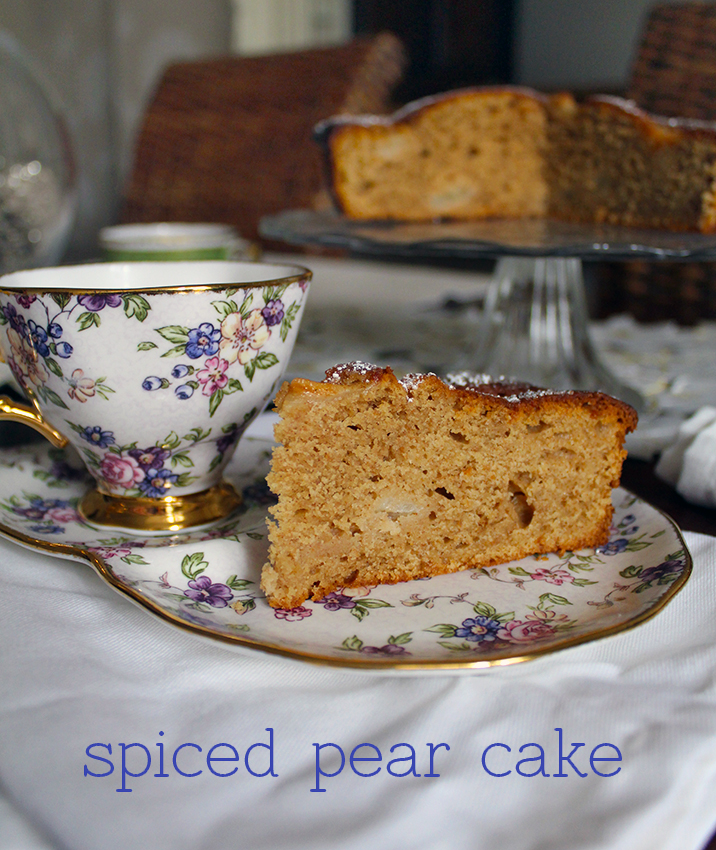 Today we’ve got some comforting, seasonal flavours in the form of Spiced Pear Cake.  I think pears are going to be my go-to ingredient for the next week or so.  In the summer it was strawberries which were taking over every baked good to emerge from my kitchen.  Last month I added a cupful of pureed pumpkin to almost anything.  So, for what little remains of November, pear is going to be my thing. 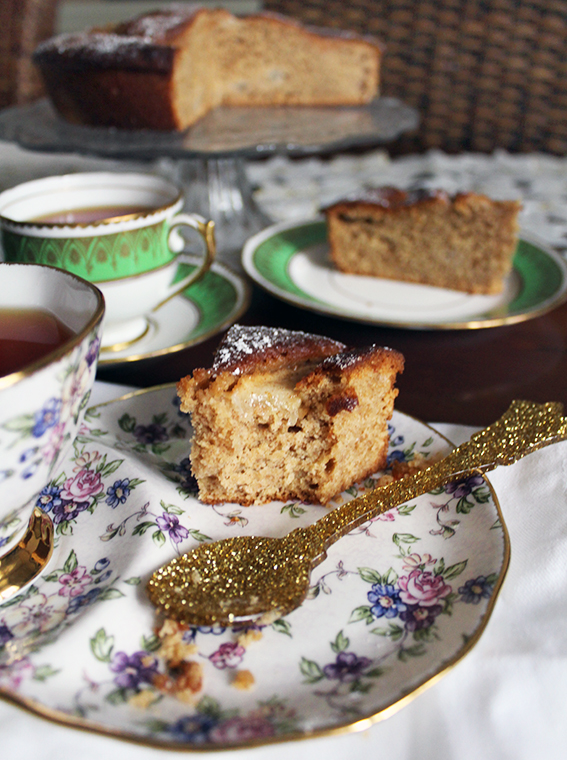 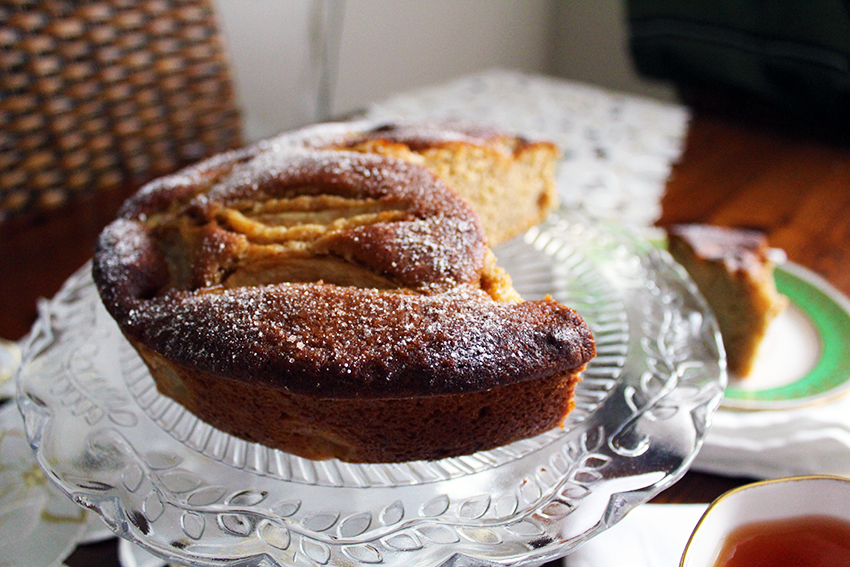 Whilst day-dreaming about cake at work today…not that I do that often or anything…my mind came up with the idea of Pear Cranberry and Pecan muffins, so stay tuned for them next week.

and maybe some pear jam and pear crumble!

This cake is a perfect bridge between autumn and winter, it’s hard to believe on a day where there was snow outside my office and the temperature couldn’t climb much higher than 2 degrees, that just on Saturday I was admiring the golden orange leaves on a mild morning in the park. 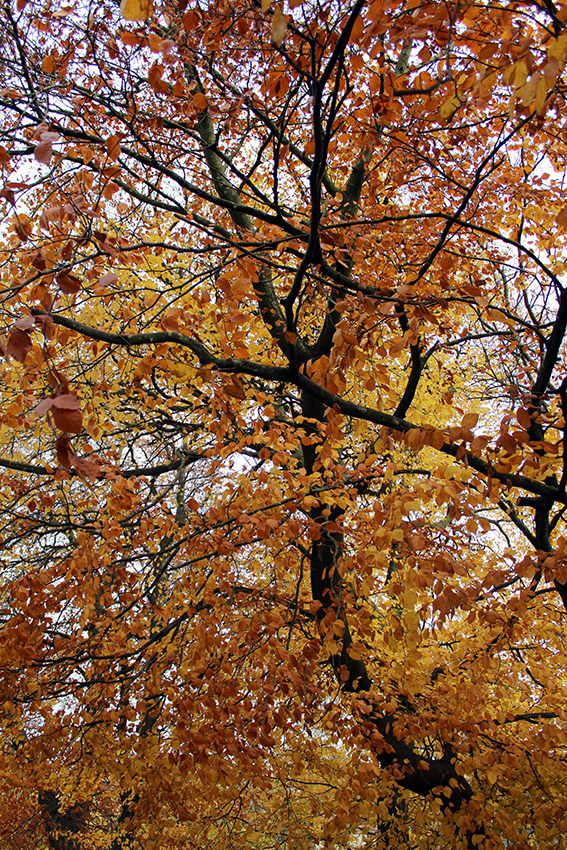 The delicate flavour and texture of the pear, pairs (ha!) wonderfully with the warming cinnamon spice.  It is a variation on the cake portion of my nectarine and orange cupcakes, which is seriously the most versatile cake batter ever!
Prepping my ingredients, and yes I am an egg and a pear short! 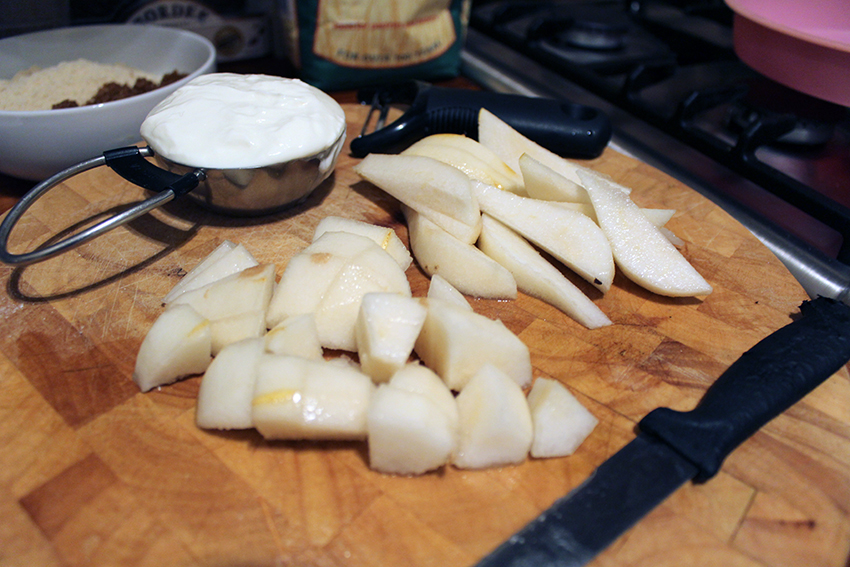 The batter never really reaches pale and fluffy because of the dark brown sugar, but beat the mixture for about 5 minutes at this stage and you should be good to go. 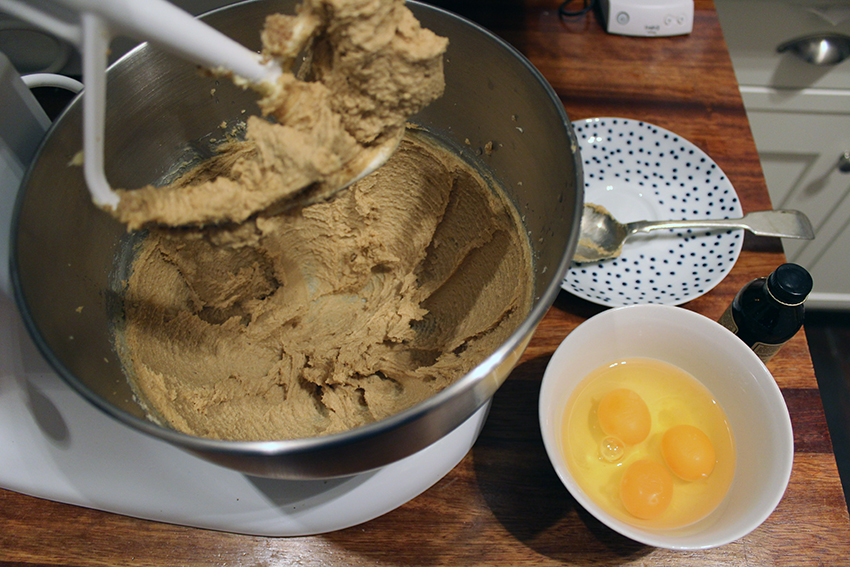 Ready for the oven! 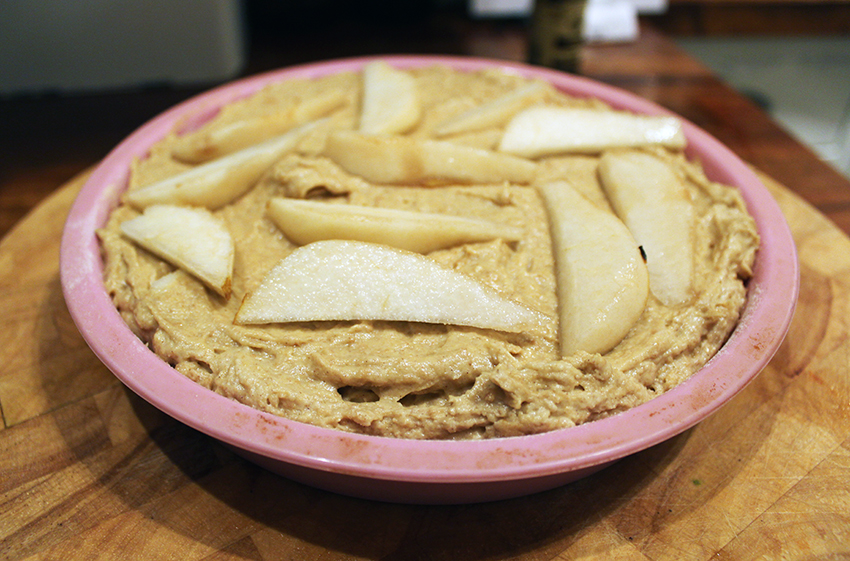 A (slightly over done) finished product! 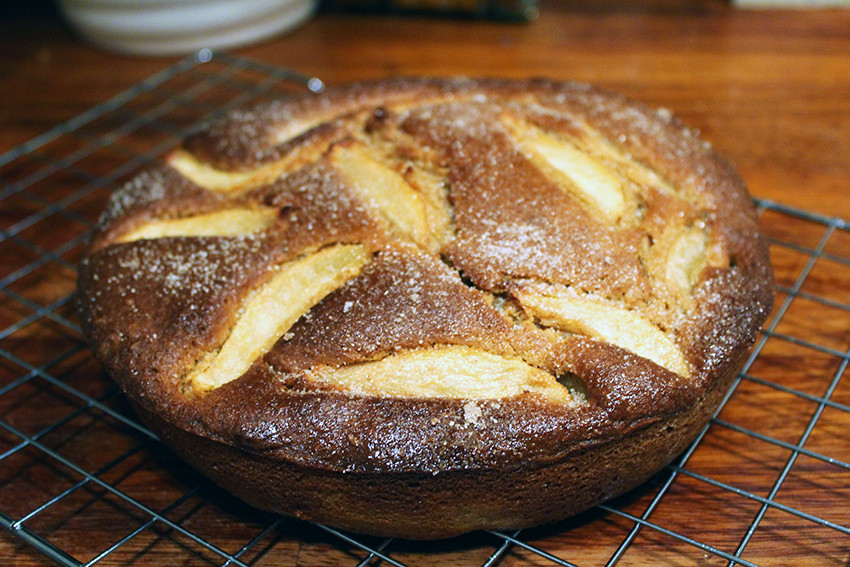 3 pears, 1 peel and sliced in to thin segments for decoration, the other two peel and roughly chopped

Preheat the oven to 170 degrees C.  Butter and flour a 23cm cake tin, set aside.

In a stand mixer, or in a large bowl, beat together the butter and sugars until the mixture is pale and fluffy.

In a separate bowl, whisk together the flour, baking powder and spices.  Fold in to the batter.

Fold in the sour cream and finally the chopped pear.

In a small bowl, stir together the cinnamon and granulated sugar.

Spoon the batter in to the prepared cake tin and smooth out.  Top with the sliced pear and sprinkle with the cinnamon sugar.

Bake for 25-30 minutes, until a skewer inserted in to the centre comes out clean.

Remove from tin and allow to cool on a wire rack.

The cake can be served warm from the oven (with some ice cream) or allowed to cool, then topped with icing sugar.