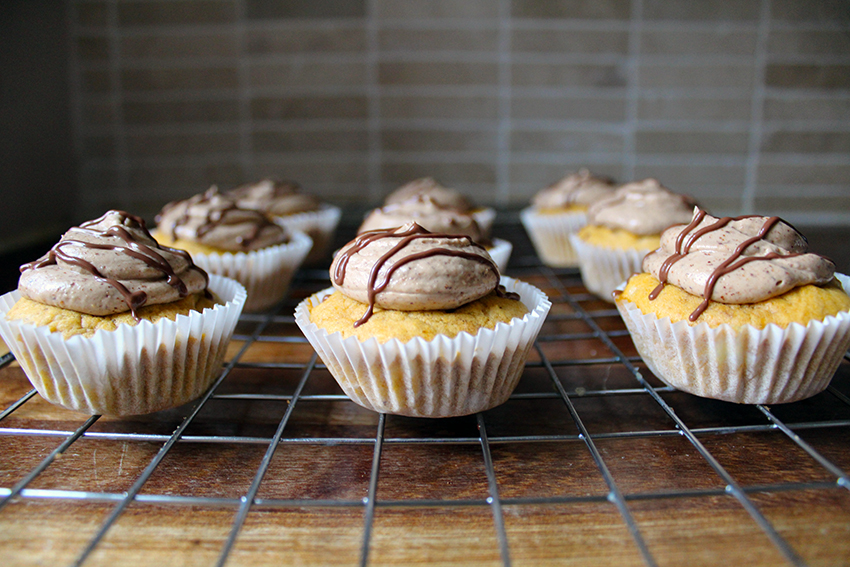 More pumpkin! These cute little cupcakes are super tasty and look great.  The pureed pumpkin keeps them moist and with the addition of spices gives a perfect autumn flavour.  I added in some white chocolate chips for extra sweetness and a touch of almond extract to balance the flavour of the icing.

Talking of the icing…it is definitely the best part of these cupcakes.  Before now, my absolute favourite cupcake topping is peanut butter frosting.  It is delicous, peanut butter at its finest.  So I thought, why not exchange the peanut butter for almond butter, that could totally work.  It does. 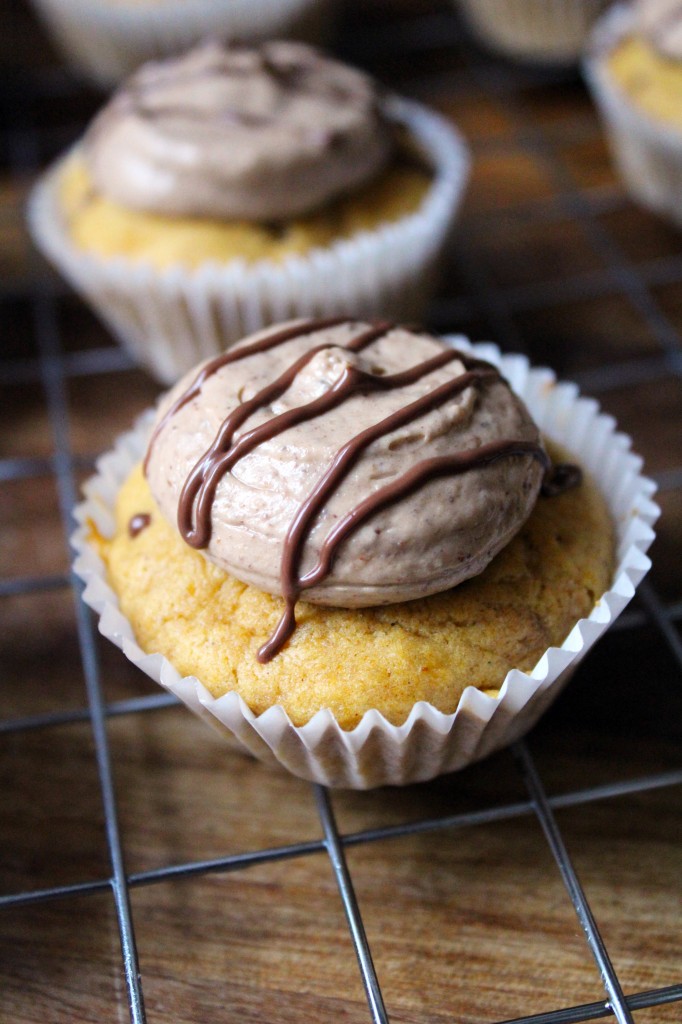 Gathering up all the ingredients.  You can see vanilla extract there, I made a last minute decision to switch to almond extract. 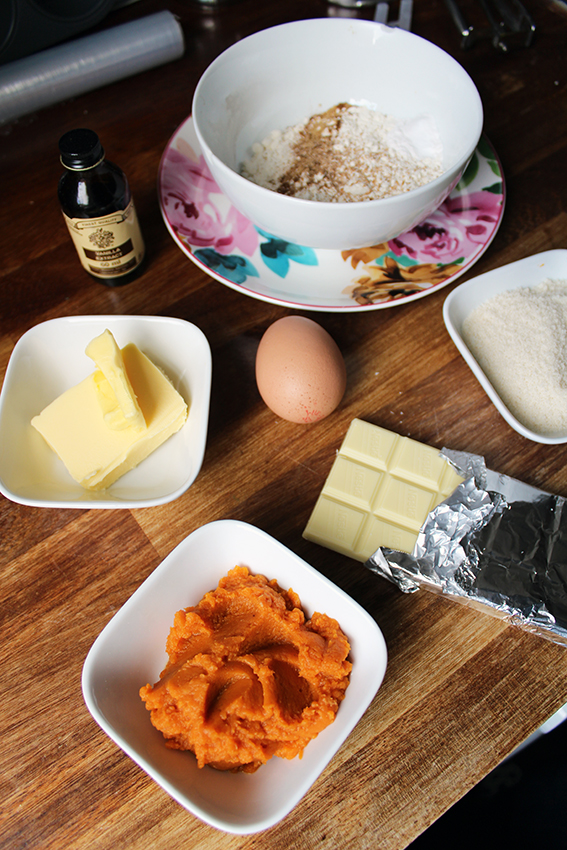 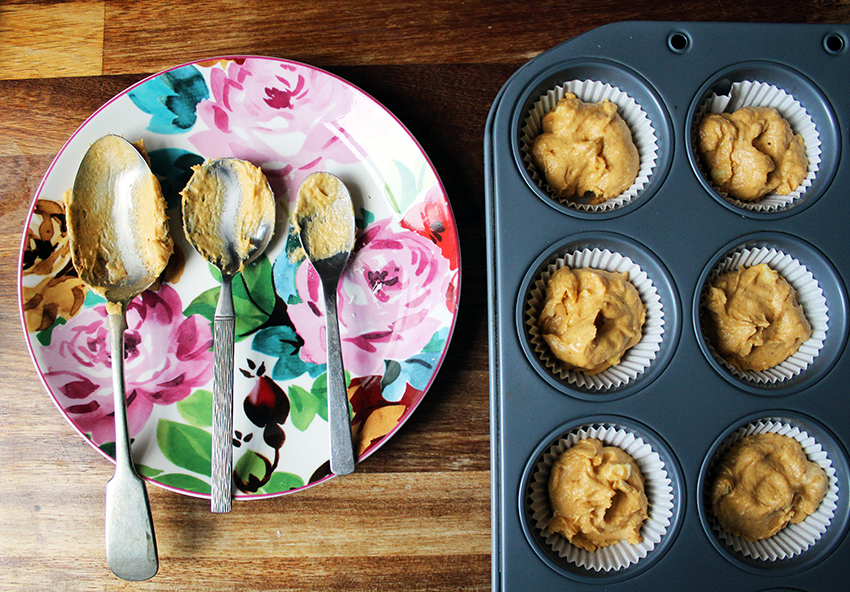 The easiest way to fill piping bags is to fold them over a glass.  It’s much easier because otherwise you feel like you need two pairs of hands! 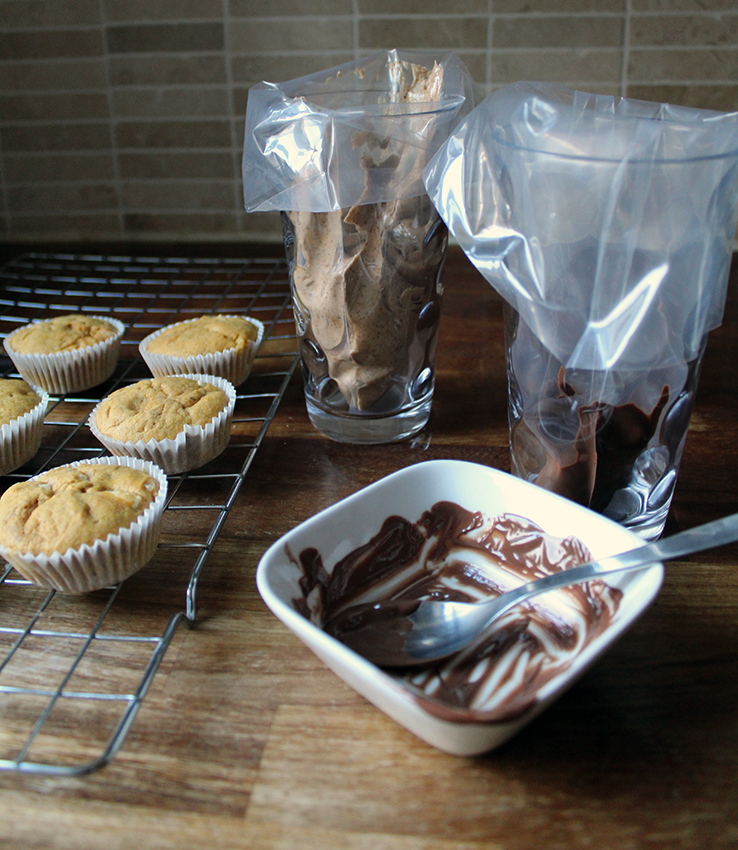 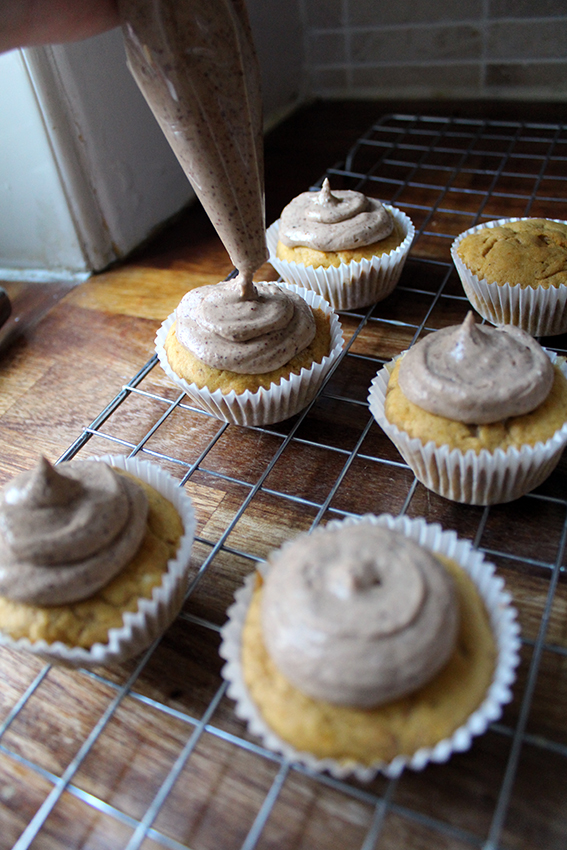 Preheat the oven to 180 degrees C.  Line a cupcake tin with 12 cupcake cases and set aside.

In a large bowl, or stand mixer, beat together the butter and sugar until light and fluffy, about 5 minutes.  Add the eggs one and a time, mixing for about a minute after each.  Mix in the almond extract.

In a separate bowl, whisk together the flour, baking powder and soda, salt and spices.

Fold in one third of the flour mixture to the batter, followed by half of the pumpkin puree.  Continue adding alternately until all is incorporated.   Fold in the chocolate chips.

Using an ice cream scoop or a tablespoon, divide the batter between the cases.  Bake for 18-20 minutes, until golden, springy to touch and a skewer comes out clean.

Remove cakes from tin and allow to cool on a wire rack.

a few drops of almond extract

Beat together sugar, butters, extract and salt until well combined.

Add the double cream and beat on high until light and fluffy.

One the cupcakes have cooled, pipe the almond icing on top of each cake using a disposable piping bag with the end cut off, to give a 1-2cm hole.