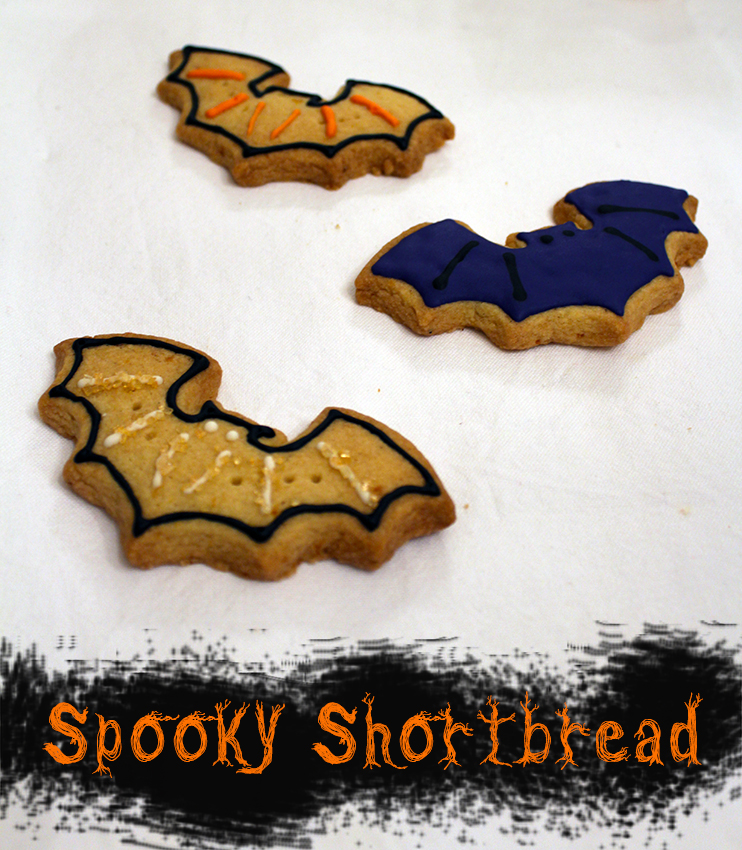 This is a recipe I shared a few weeks ago on Sweet Society, for Orange Shortbread with Cinnamon Icing, which I have tweaked slightly to turn in to fun Halloween themed biscuits.

They are really easy and a lot of fun to make!  I have to say the piping was a little trickier than I expected, especially for the spiderwebs, but I like the way they turned out in the end.  Have a great Halloween everyone! 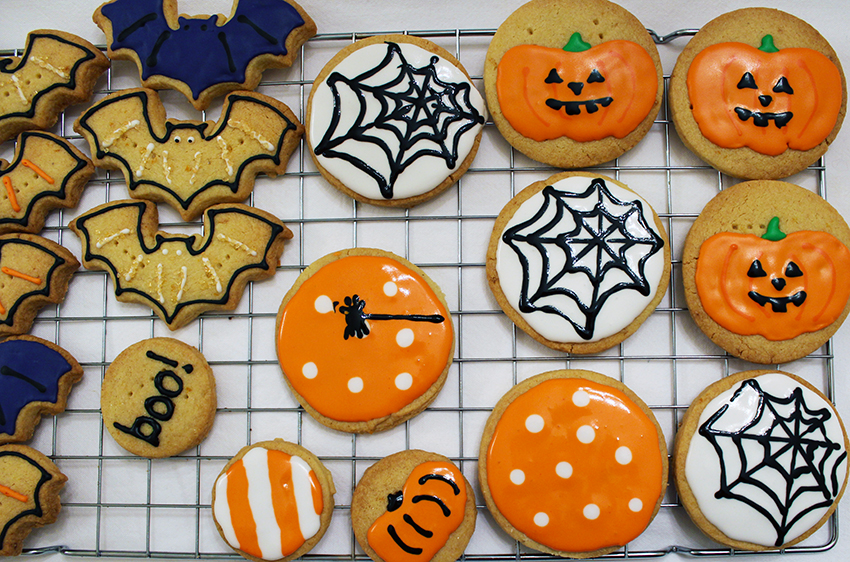 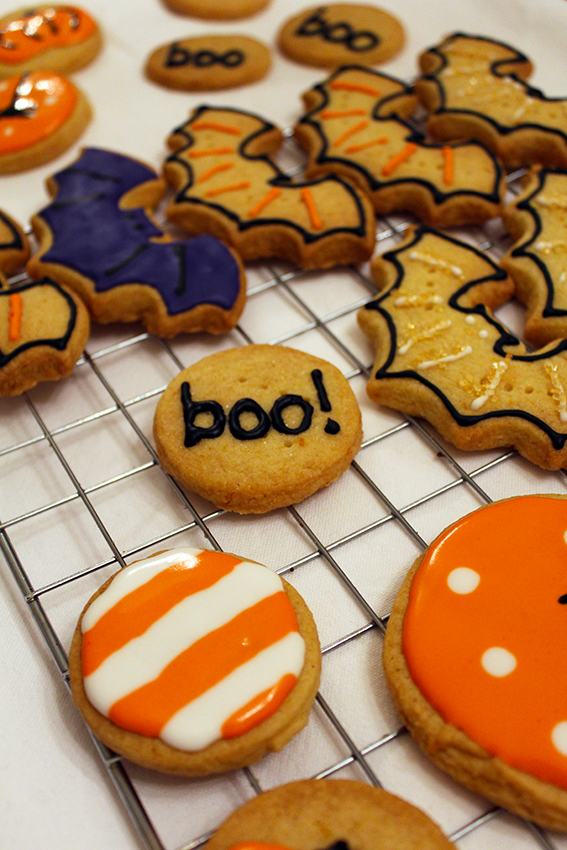 The recipe for the shortbread dough can be found here.

As I was using coloured icing, rather than cinnamon, I added 1 tsp cinnamon to the fkour mixture before adding to the butter and sugar.

Adjust the baking time according to the size of your shortbread cutters. 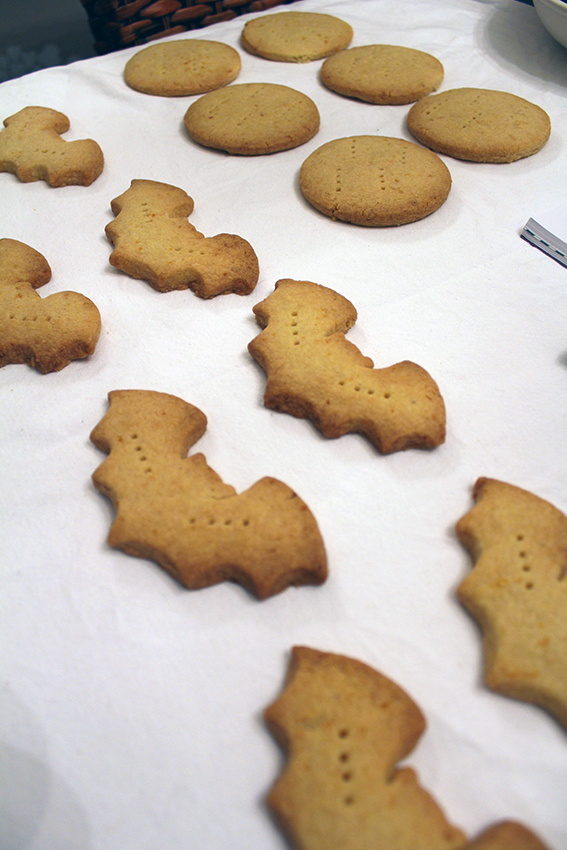 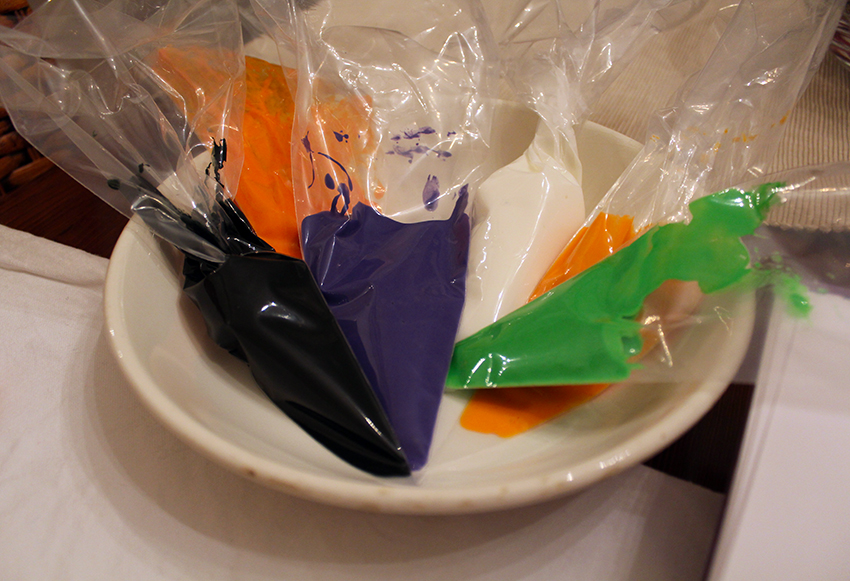 Lightly beat together the egg whites and lemon juice.  Add in two and a half cups of the sifted icing sugar and beat until combined.  Gradually add as much of the remaining half cup as required to achieve the desired consistency for piping.

Divide your white icing between a few bowls, depending on how many colours you intend to use and mix with the gels. 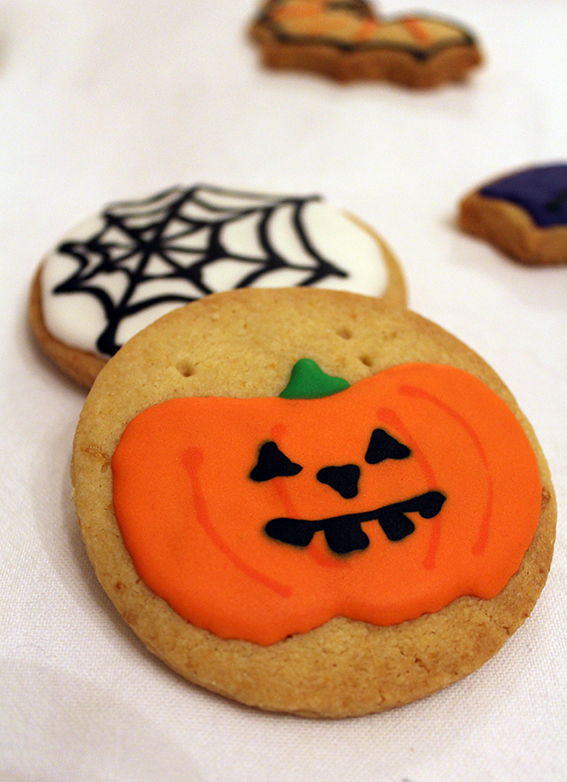 Place a disposable piping back over a tall glass, to keep it upright, spoon in the coloured icing.  Twist the top and place bags side by side on a large piece of baking paper, to try and contain any mess!

To pipe a solid fill on your shortbread, first pipe the outline, then ‘flood’ the interior with the icing by piping and pushing the icing to cover the surface.

Allow to harden for about an hour before serving.