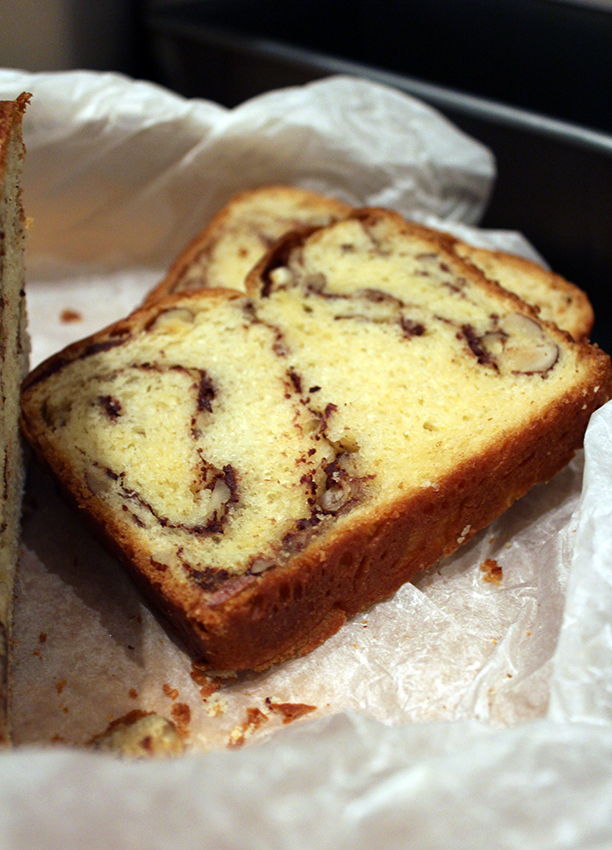 This bread is sort of like posh Nutella on toast.  Now, regular Nutella on toast is just fine but every now and then it’s fun to be fancy.  An enriched dough makes this bread ultra luxurious, especially with the swirls of chocolate and chopped hazelnuts which run through the centre.  It has been brightening up my mornings at work when I haven’t had time to eat before heading out the door, a slice toasted, with a side of banana to add something healthy, makes for a perfect morning meal. 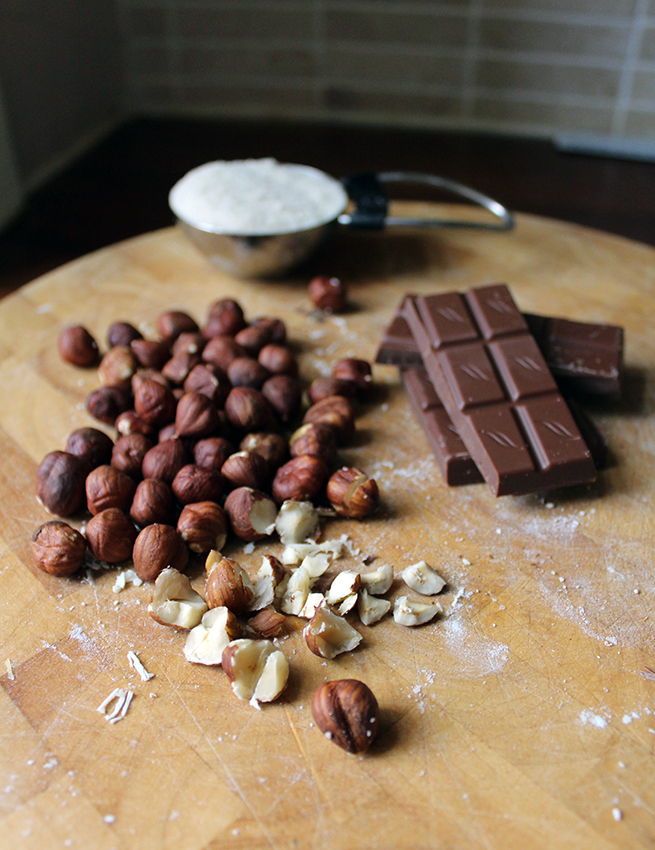 As usual, bread baking takes a little time but it’s the perfect autumn weekend task, then you’re sorted for breakfast for the week ahead!  The recipe makes enough for two loaves, so I baked up both and have stored one in the freezer for future breakfast emergencies.  The original recipe calls for dark chocolate, but all I had in the house was Greens and Blacks Milk chocolate (my absolute favourite chocolate) which is 34% cacao and I think gives enough deep chocolate flavour without being too sweet.  Adding in hazelnuts adds a lovely texture combination to the bread, as well as helping to recreate the Nutella flavour. 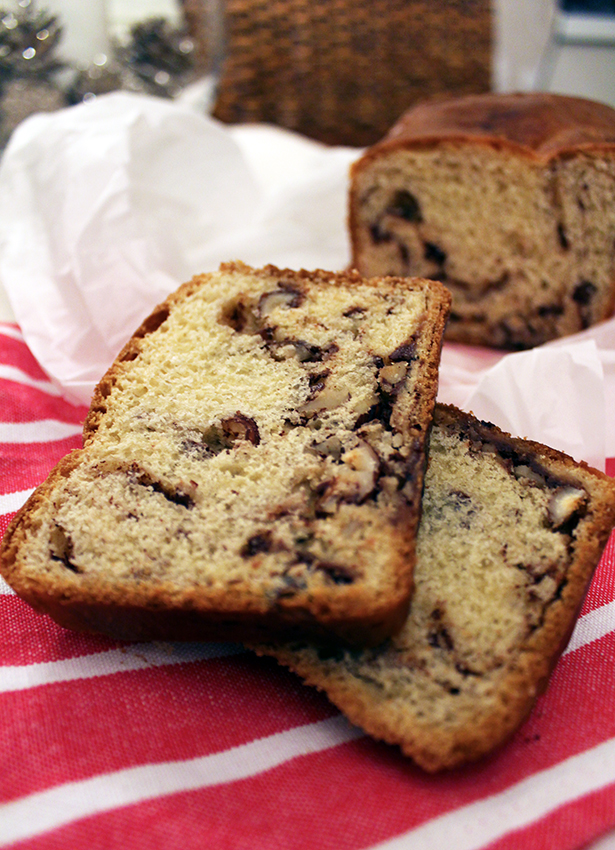 Just in case you’ve never heard of Babka before (I hadn’t), it is an Eastern European Jewish yeasted loaf.

As I mentioned there are a few steps involved here but the longest parts are the waiting, which takes zero effort…apart from controlling your impatience for bread if you’re like me. 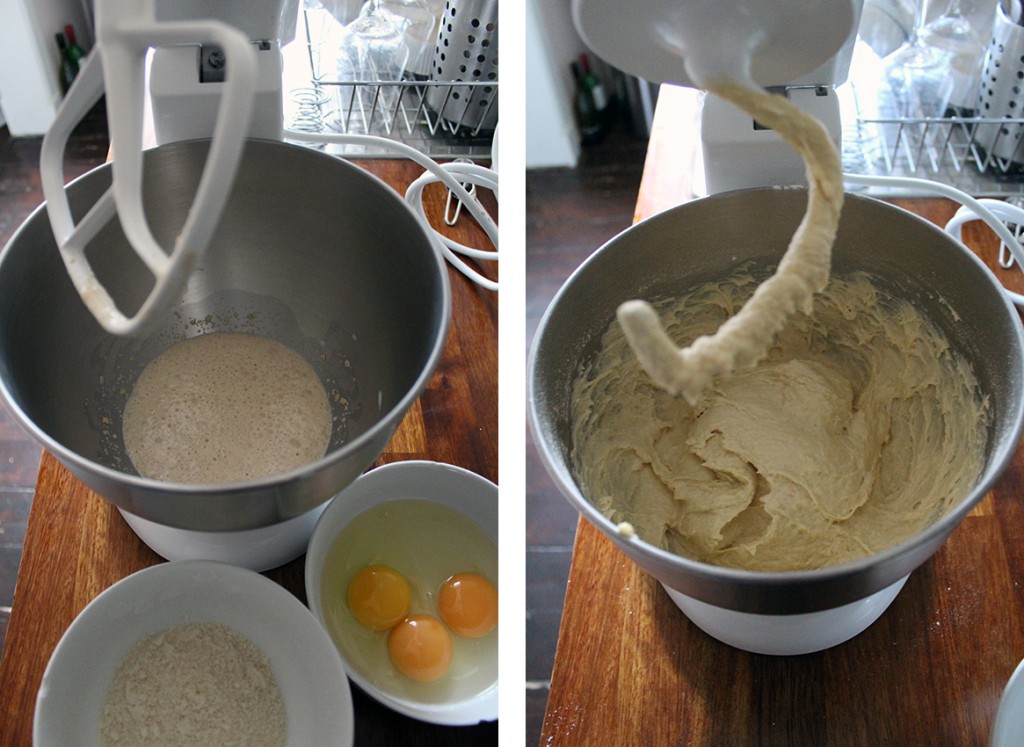 The dough pre-rise.  It really is sticky, I think a dough scraper would be useful in this instance, although I don’t have one. 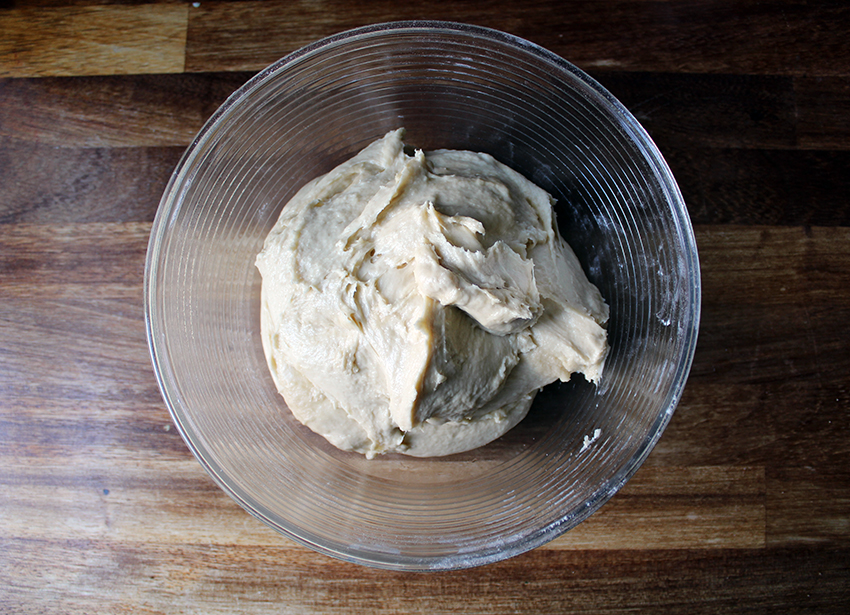 And post-rise, a little cloud of loveliness.! 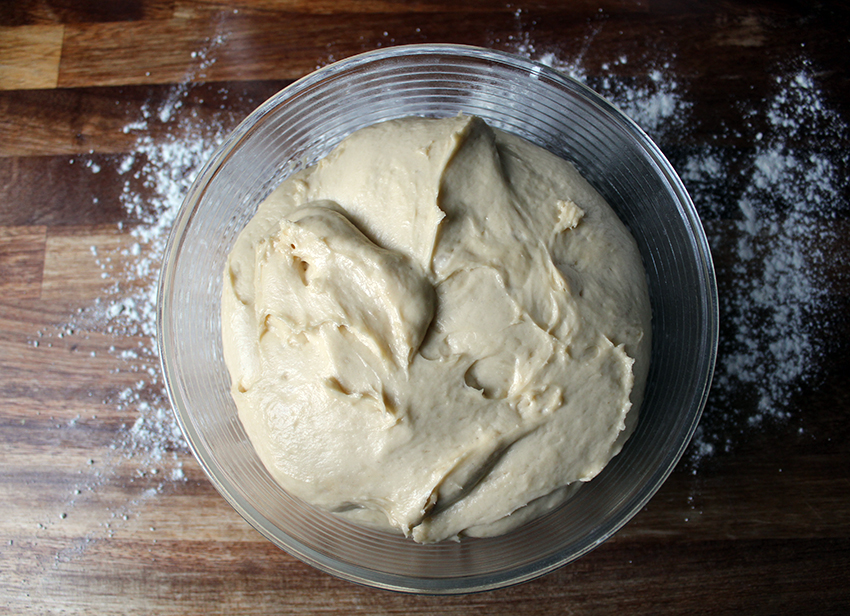 This is where it get’s a little messy.  A little bowl of flour is useful to have on hand, rather than trying to pick up the flour bag with dough-y hands. 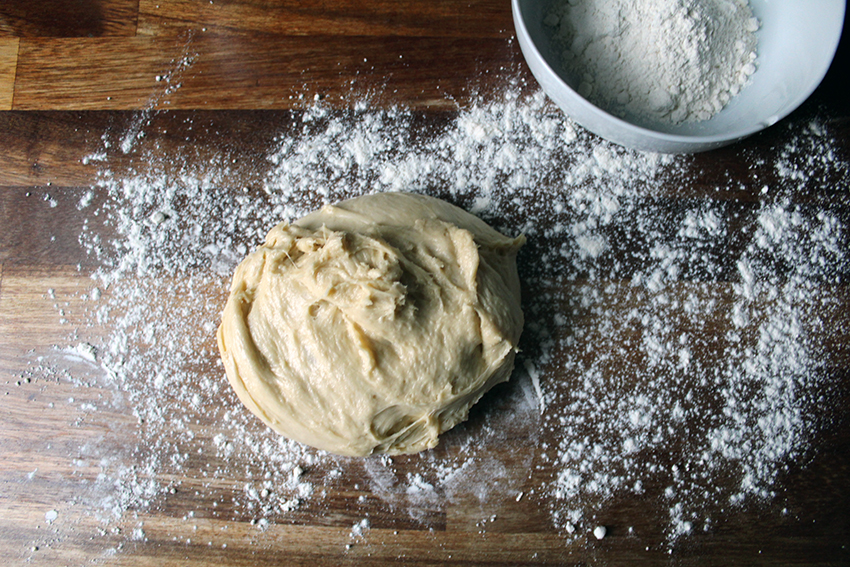 The Babka tastes particularly excellent toasted (with a mug of Ovaltine before bed) and the chocolate has started to melt, yum! 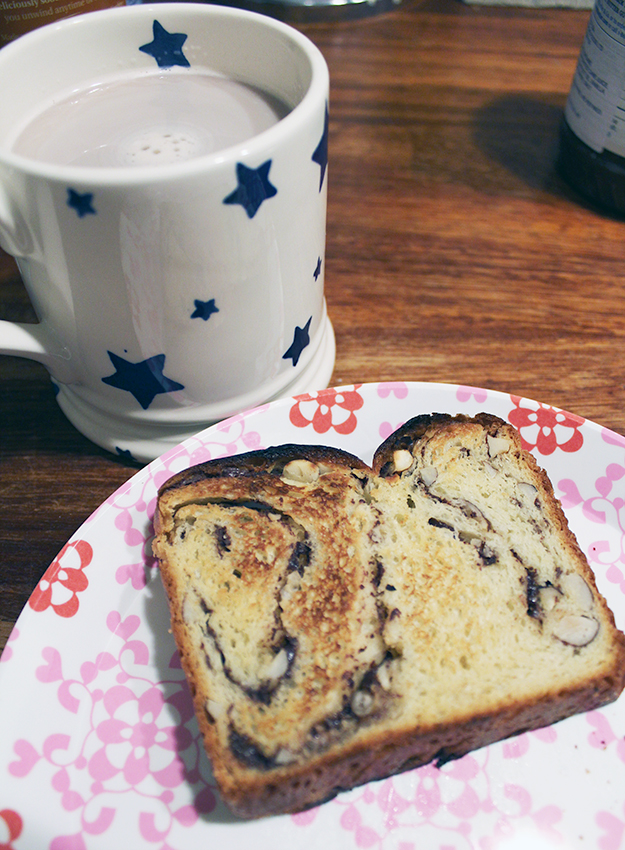 In the bowl of a stand mixer, stir together the warm milk, yeast and two teaspoons of sugar.  Leave this for about 5 minutes until it starts to foam.  Add 1/2 a cup of the flour and mix on medium to combine.  Add in the eggs, vanilla, salt and remaining half a cup of sugar and mix until combined.  With the mixer on slow, add the remaining flour.  Increase the speed back to medium and add in the butter one piece at a time.

Scrape the dough in to an oiled bowl and cover with cling film.  Allow to rise in a warm place for about two hours, until doubled in size.

In the mean time, mix together the egg yolk and cream to make the glaze and set aside.  Line two loaf tins with greaseproof paper and set aside.

Once risen, scrape the dough out on to a well floured surface.  Knock back the dough and fold in on itself a couple of times until it holds its shape.  Using a floured rolling pin, roll out in to a rectangle, about 35cm long and 25cm wide.  The long side should be facing you.

Tack the long edge of the dough to the board by pressing firmly on to the surface.  Spread the dough with the softened butter.  Sprinkle over the chocolate, nuts and sugar.  Using a pastry brush spread some of the glaze along the tacked edge.  Roll the dough towards you as tightly as possible, ending by pressing the roll in to the edge to make it stick.

Form to roll into a ring and twist once in the middle to form a figure of eight.  Place the dough into the tin, cover loosely with clingfilm and allow to rise once more for about two hours, until the dough reaches the top of the tin.

About 20 minutes before you want to bake, turn the oven on to 180 degrees C.

Once risen, top the loaves with the remaining glaze and bake for about 40 minutes.  Check on them about half way through and if they are browning too quickly cover them with a tin foil hat.  They should be a deep brown colour and, when removed from the pan, sound hollow when knocked on the base.

Allow to cool on a wire rack.  If you can’t get through two loaves in a week, wrap one and place in the freezer to store.