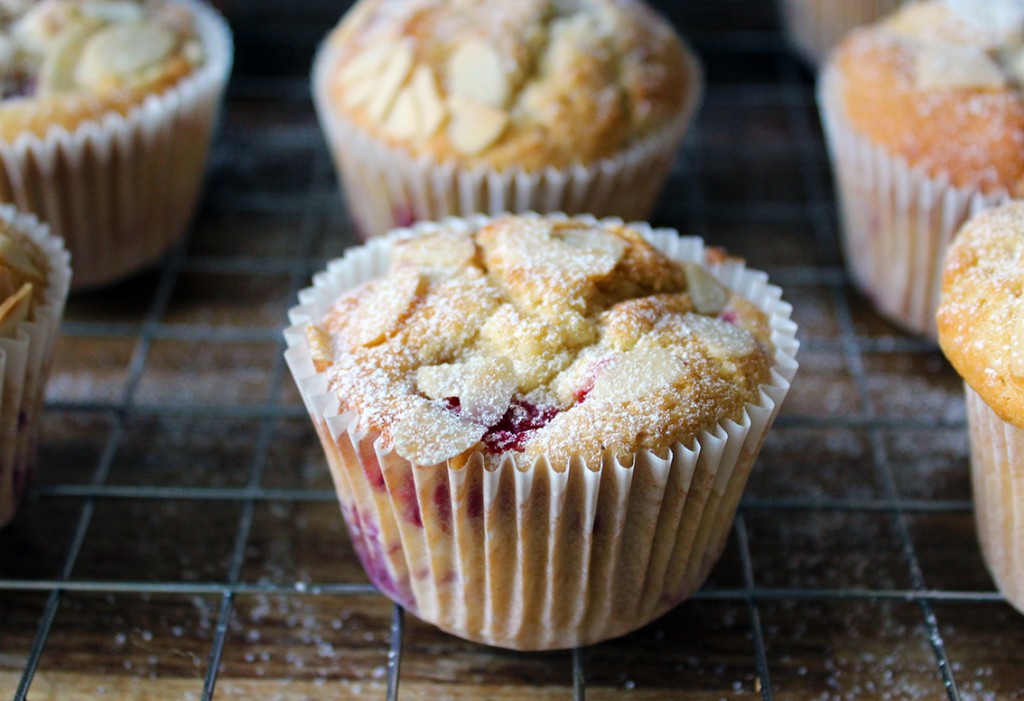 Time for another Glasgow Baking Club meeting!  It felt like an absolute age since out last sunny picnic in the park meet up – gone are the bright evenings and warm weather – so it was great to see everyone again.  What better way to spend a Sunday afternoon than with good cake and good chat? 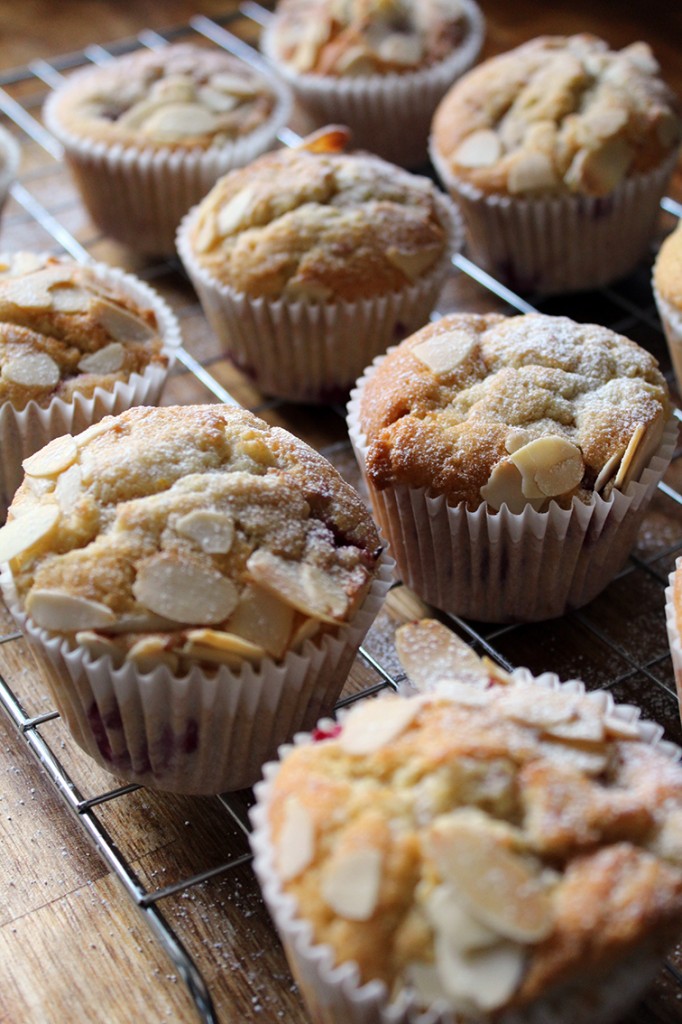 This months meeting marked full year since I first joined the lovely baking ladies (and sometimes gents) as we were back to our pink theme in honour of breast cancer awareness month.  We also all put in a donation and raised almost 100, again not a bad effort for a Sunday afternoon!  Earlier that day I had been out at Glasgow Green to watch a friend finish his 10k…so some of us run for charity, other eat cake for charity!  As long as it’s for a good cause I don’t think it matters. 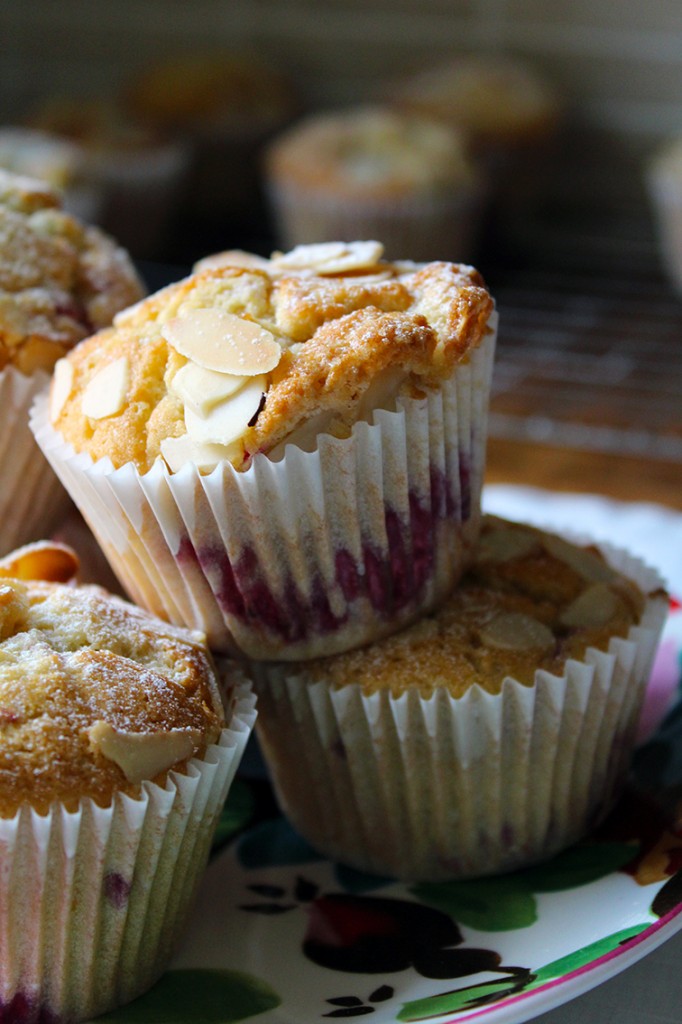 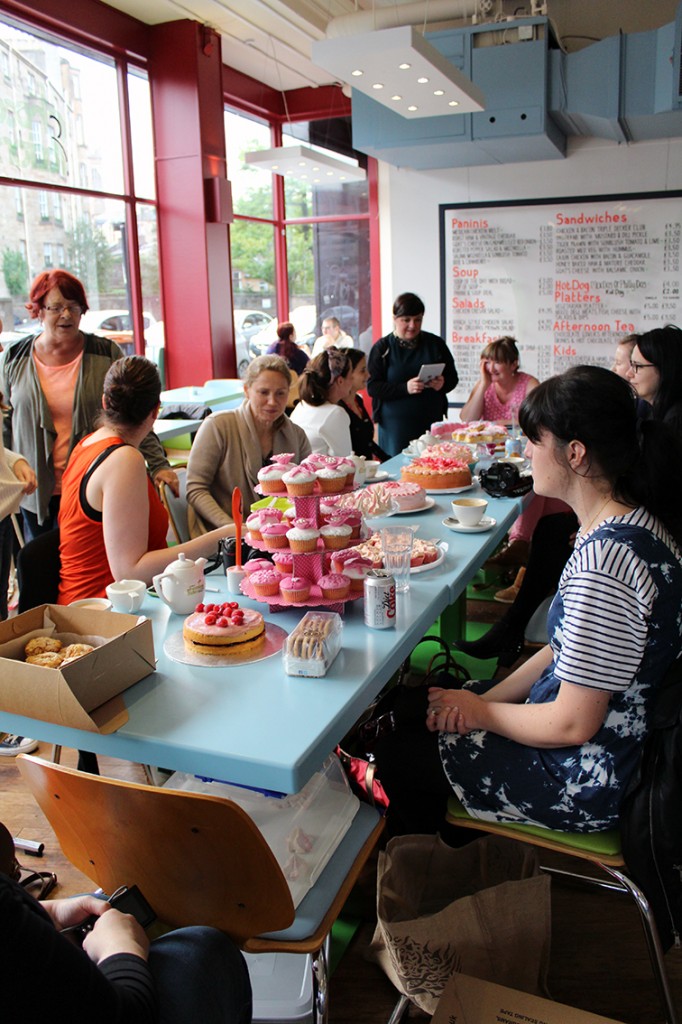 We all gathered in a fairly new (well, new to me since I don’t frequent those areas in a half mile radius of my old uni if I can help it!) cafe at St Georges Cross called No. 1 Chocolate Factory.  It’s a really lovely cafe, really light and bright, as it takes up the full corner at Woodlands Road.  The cafe also runs chocolate making courses which definitely sounds like something I should look in to.

So back to the baking.  I had a busy weekend planned so I kept my bake very simple and went with my fail safe cupcake recipe, previously seen here.   To adapt it for the pink theme I added raspberries instead of nectarine and instead of icing them I topped with some flaked almonds prior to baking then dusted them with icing sugar. 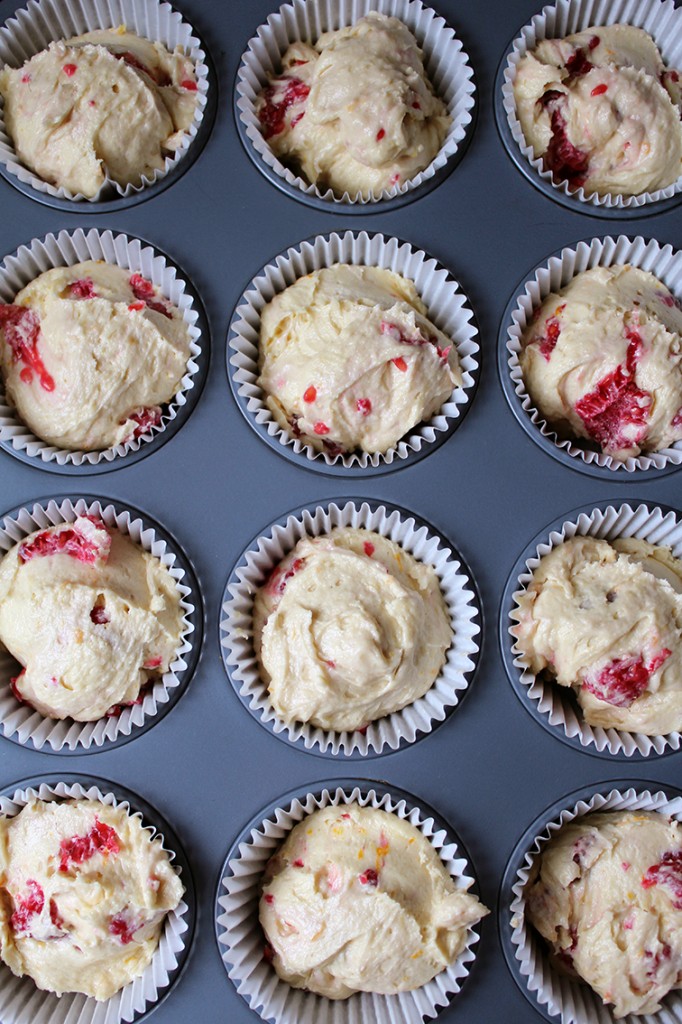 This recipe never lets me down and I was pretty happy with the orange and raspberry flavour combination.  My next plan is to adapt this recipe for a raspberry and coconut cupcake, as the coconut recipe I use at the moment doesn’t always work out perfectly.

On a quick side note, this is my 50th recipe post!  Pretty impressed with myself for sticking with blogging for so long!

Zest of one orange

125g raspberries, leave the small ones whole and cut the larger ones in half

Preheat the oven to 170 degrees C.  Line a cupcake tray with cases, as we’re  not icing these I fill the cases a little higher so you should get about 12 cupcakes.

In a large bowl or on the worktop, work the orange zest in to the caster sugar to bring out the flavour.  (for a step by step, check out this post).

In a stand mixer or in a large bowl, beat the butter until it turns a pale yellow.  Add the sugar gradually until fully incorporated and the mixture is pale and fluffy.

In a separate bowl, whisk together the flour and baking powder.  Fold in to the batter.

Fold in the sour cream and finally the raspberries.  Try to be as gentle as possible when folding in the rasps as they will break apart as you mix.

Spoon mix into cupcake cases and bake for 15 – 20 minutes, until lightly browned and springy to touch.

Remove from tin and allow to cool on a wire rack.

When cooled dust with icing sugar if desired.