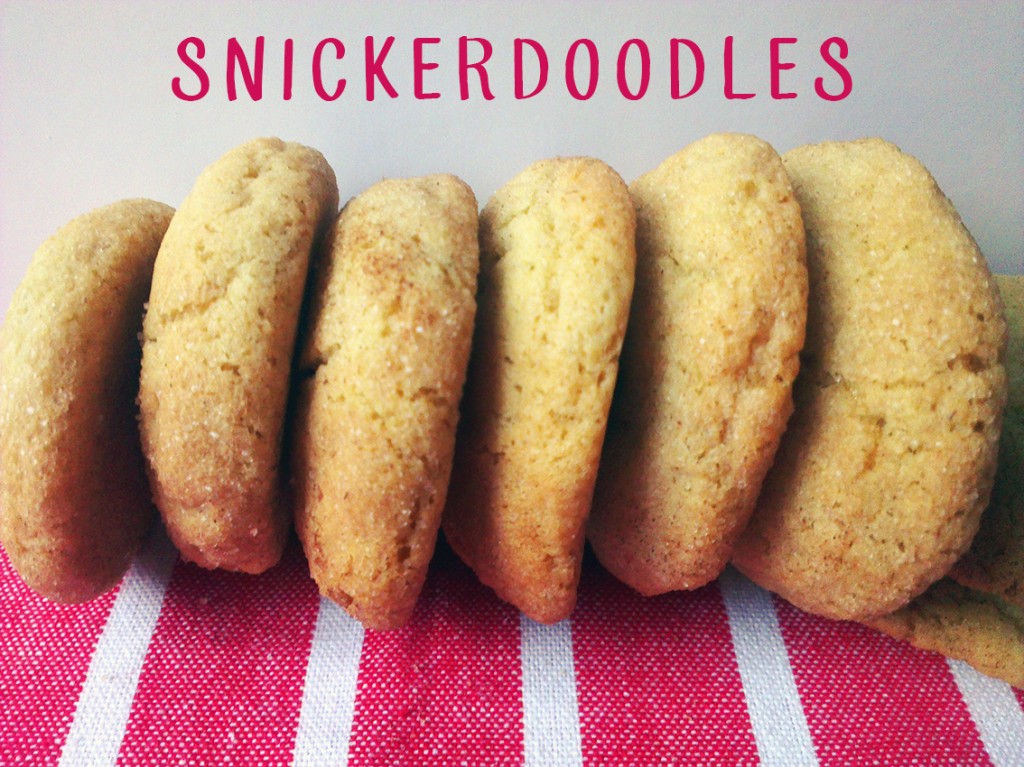 We are heading straight in to the midst of autumn.  The leaves are falling, the days are getting colder and the heating is going on.  Many are mourning the loss of what was a delightful summer, and don’t get me wrong I loved summer, but autumn is my favourite season so I’m delighted. 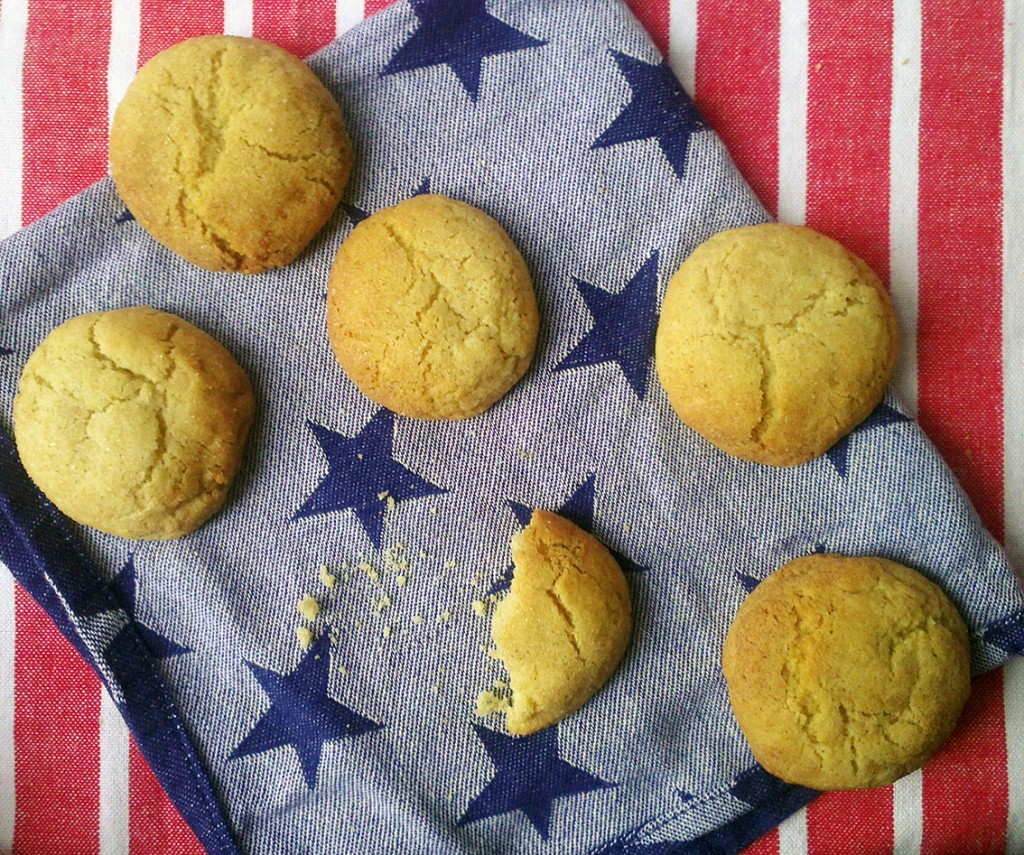 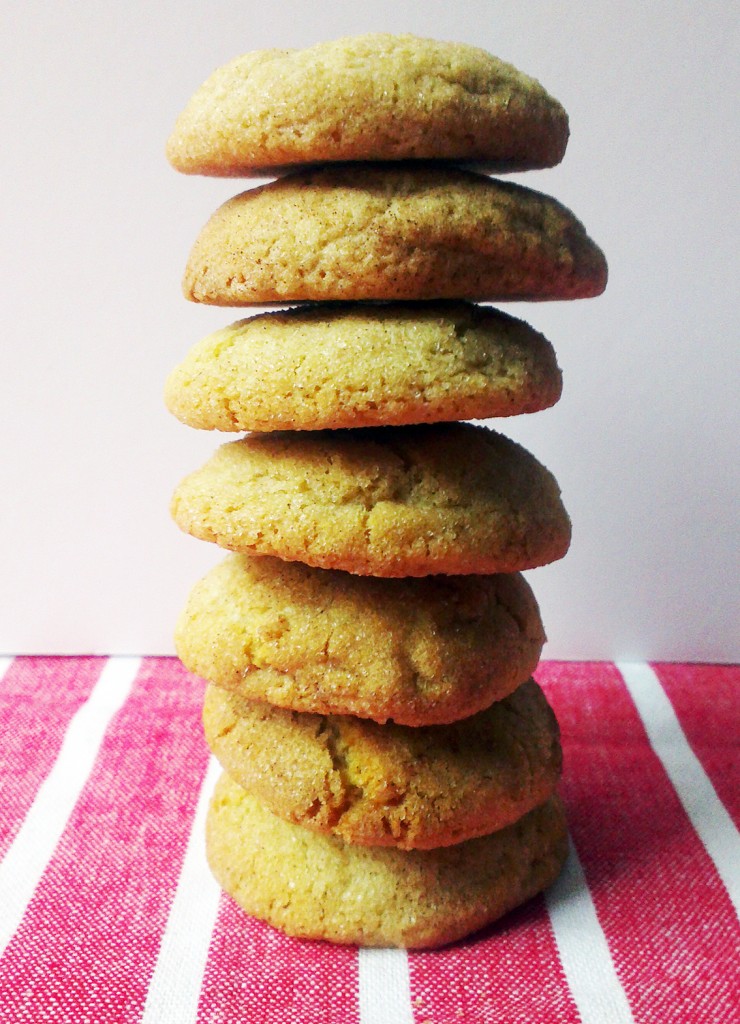 The three main reasons for my enjoyment of this time of year are my birthday (two weeks on Saturday!), crisp, multi-coloured leaves and being able to use warming flavours and spices in my baking!

Pies, crumbles and pumpkin recipes will most definitely be coming this way over the next few months but today I’m starting with something simple.  Snickerdoodles.  An amusingly named American simple biscuit.  I’ve often seen these biscuits online and in recipe books but never made or tasted them before. 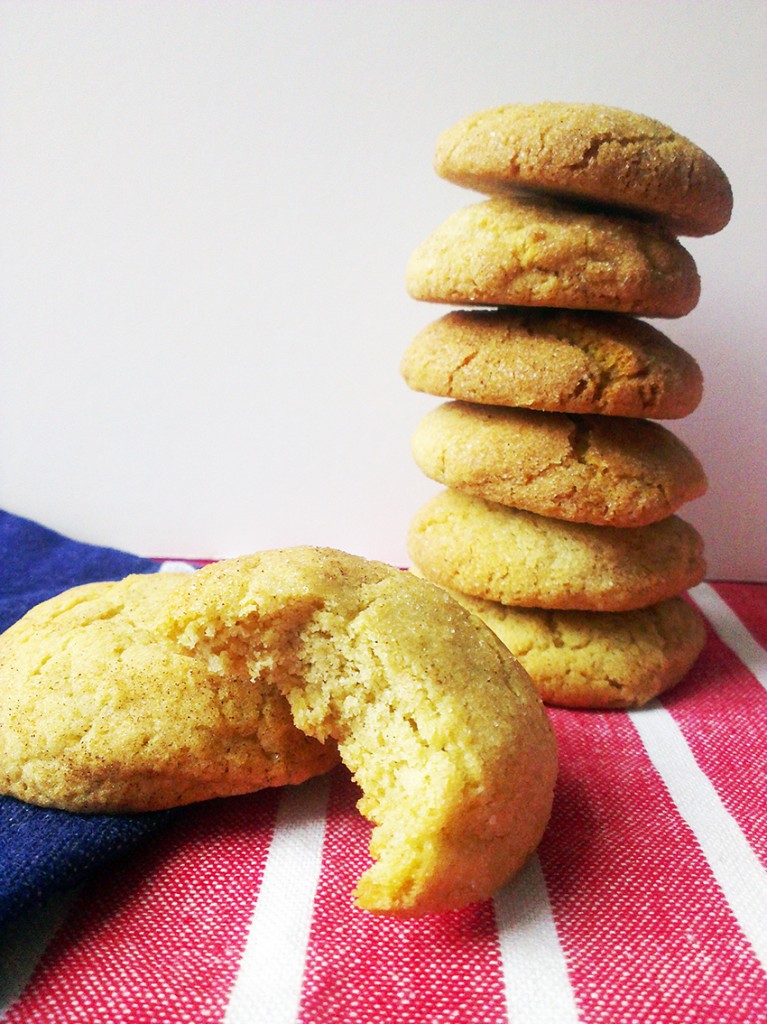 Snickerdoodles are slightly crispy on the outside, light and fluffy on the inside with a delicate cinnamon flavour.  These biscuits have freshly grated nutmeg and cinnamon inside and are rolled in cinnamon sugar before being baked.

In a stand mixer, or with an electric whisk, beat together the butter and sugar until pale.  Gradually beat in the vanilla and egg.

In a seperate bowl, whisk together the remaining biscuit ingredients.

Add the flour mixture in to the butter and stir to combine.

Form the dough in to a ball and wrap in clingfilm.  Place in the fridge to chill for 30-40 minutes.

In a small bowl, mix together the granulated sugar and cinnamon.

Roll tablespoons of dough in to balls, roll in the cinnamon sugar and place on the prepared baking tray, leaving about 5cm between each.

Bake for 10 minutes until cracked and lightly golden.