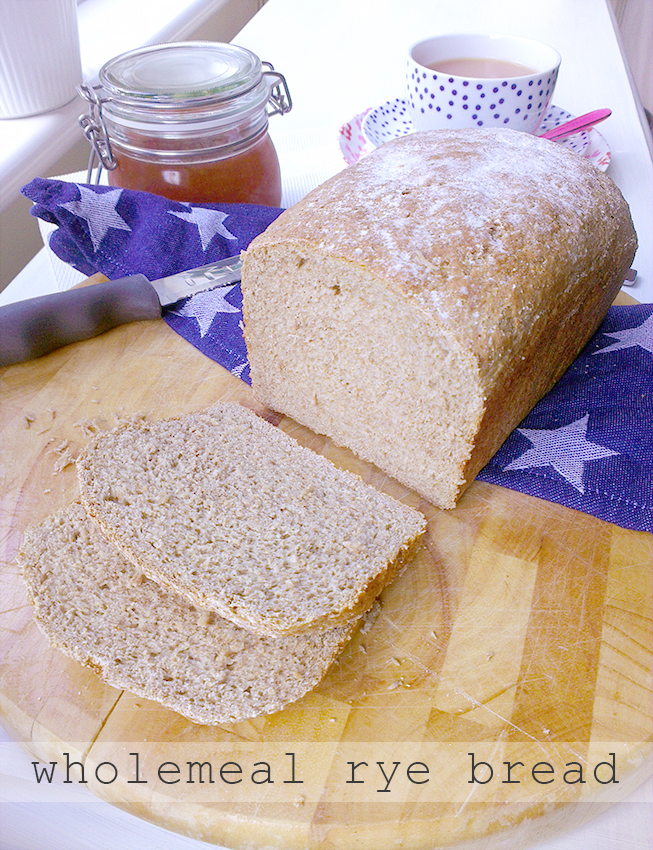 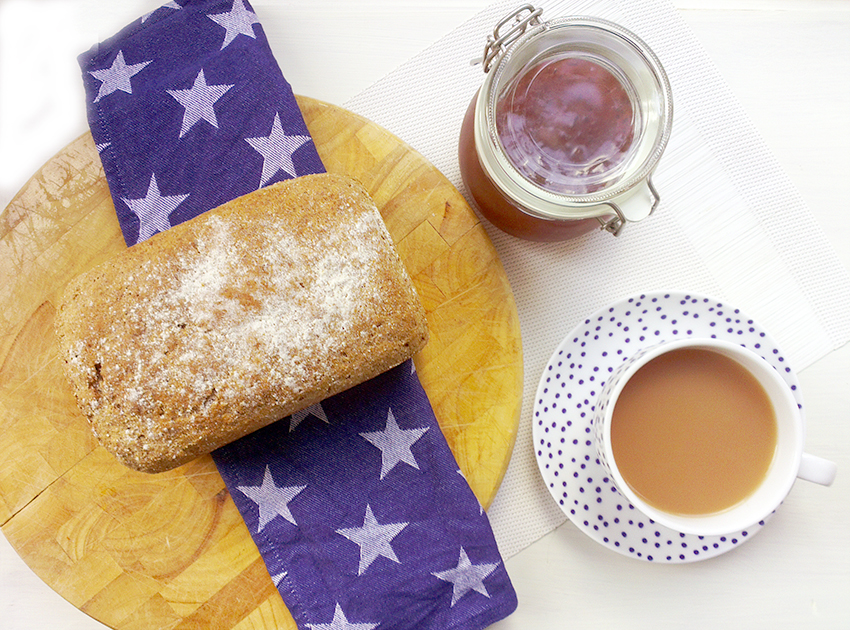 In a large bowl mix together the three flours. 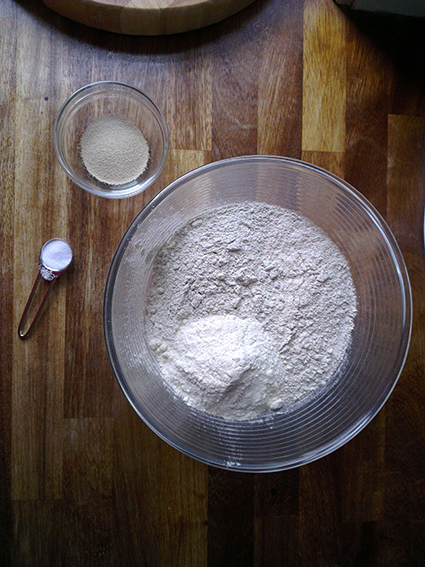 Add in the yeast and salt at opposite sides of the bowl.

In a jug, mix together the honey and the warm water. 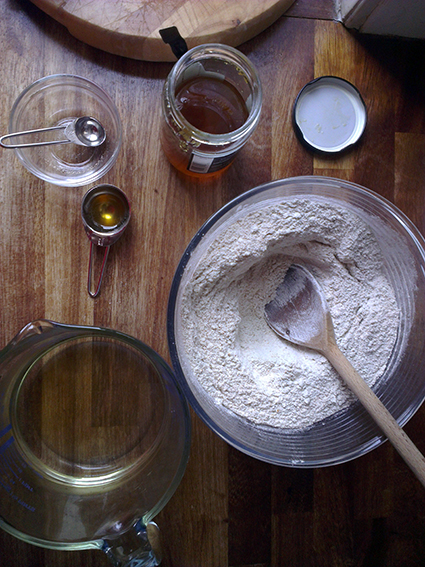 Pour the water and honey mixture in to the dry ingredients and start to bring together the dough with your hands.  The dough is quite sticky so if you have a mixer that can do this for you, I would recommend using that. 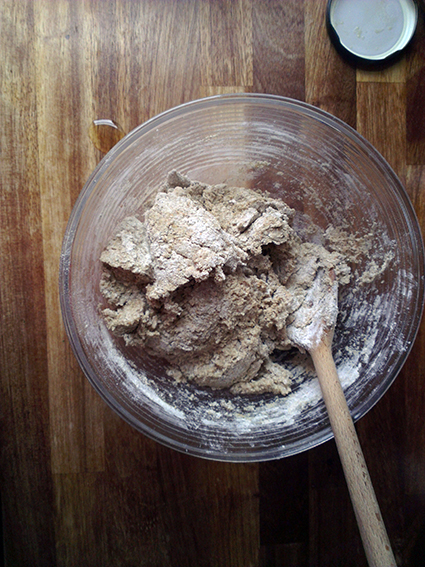 Once the mixture had begun to form a dough, tip the ingredients out on to a floured board and knead for about 10 minutes… 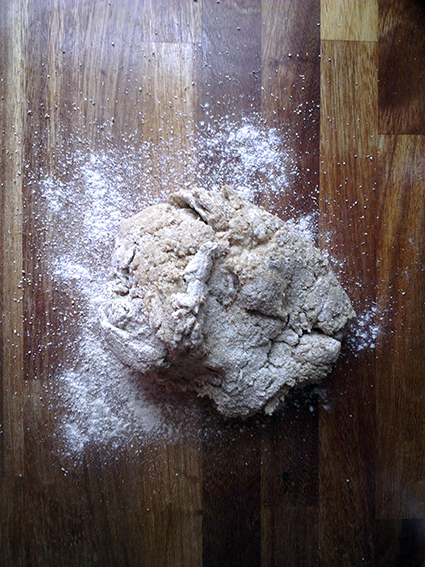 …or until the surface is slightly springy.

Leave the dough to rise in an oiled bowl, covered with clingfilm for about an hour, until it has doubled in size. 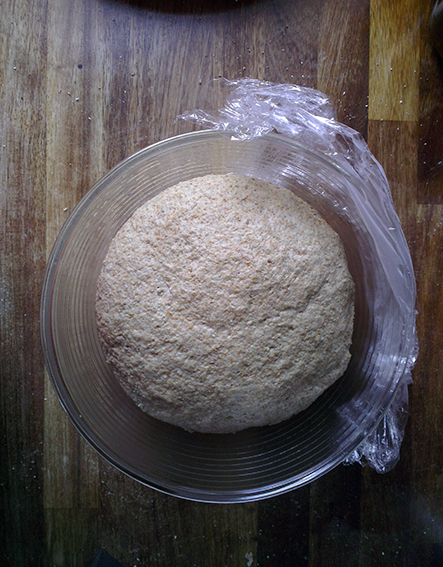 Scrape out on to a floured board and knead for a couple of minutes.

Form the dough into a rounded oblong shape that will fit your tin.  Place the dough in to the oiled and floured tin and leave to rise, covered, for a further 30 minutes. 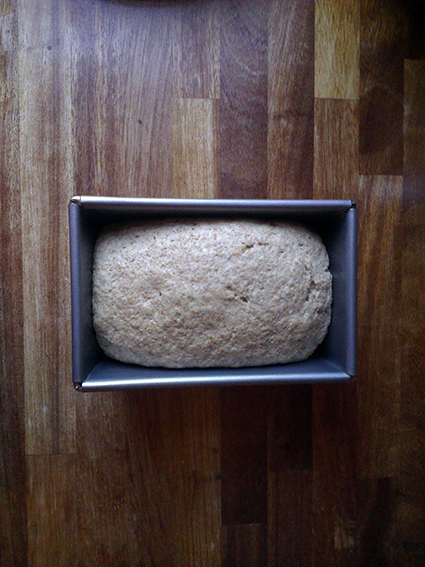 Preheat the oven to 220 and bake the bread for 30 minutes, until the top is crisp.

Leave the bread in the tin for about ten minutes before removing and allowing to cool on a rack.