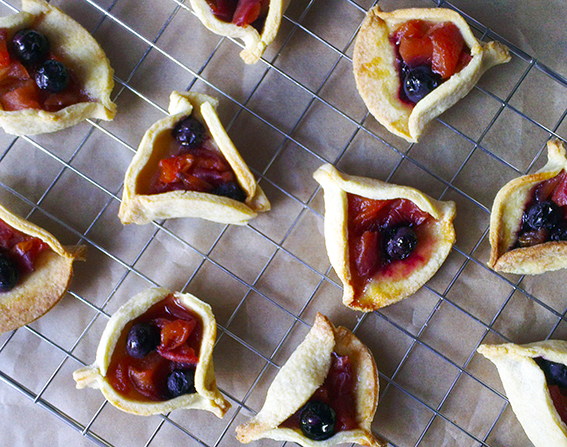 Baking is pretty much all about sharing.  Without friends and family, and even colleagues, so share food with I doubt it would be half as fun.  Sharing any kind of meal with someone usually enhances the experience, whether it’s out at a restuarant, a barbeque in the park or a McDonalds in your car (we all do it!).

To me though, nothing beats baking something from scratch to enjoy with others.  It’s so satisfying when someone genuinely enjoys something you’ve produced. 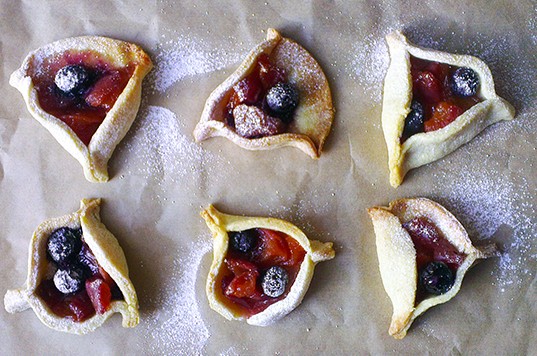 Note -this not to say that baking a batch of your favourite cookies with the sole intention of eating them all yourself is a bad thing.  It’s most definitely not, and sometimes very necessary.

But back to baking for others.  How cute are these little pies?!  Very, I know. 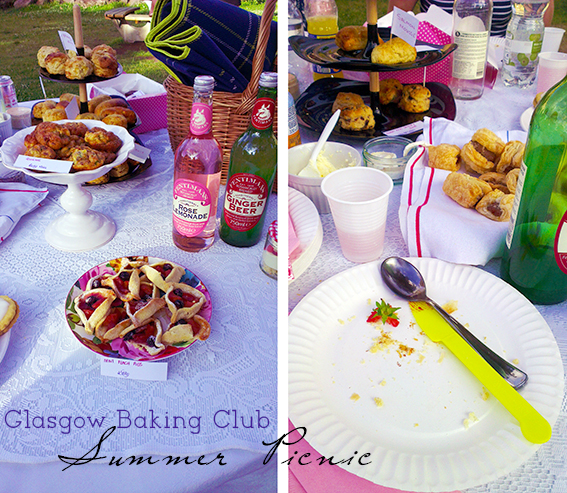 I made these mini peach blueberry pies last week for this months Glasgow Baking Club meeting, held in the Botanic Gardens in Glasgow’s West End.  It was a really lovely get together this month.  The turnout was down a little, a lot of people are away on their summer holidays, but the small numbers actually worked in our favour.  All eight of us gathered around one of the picnic tables, decorated with a tablecloth and lots of baked goodies for us to devour.  All very civilised!  Thanks to Kirsteen and Bex for organising everything again, much appreciated.

Preparing the fruit.  Peaches are such a summery colour! 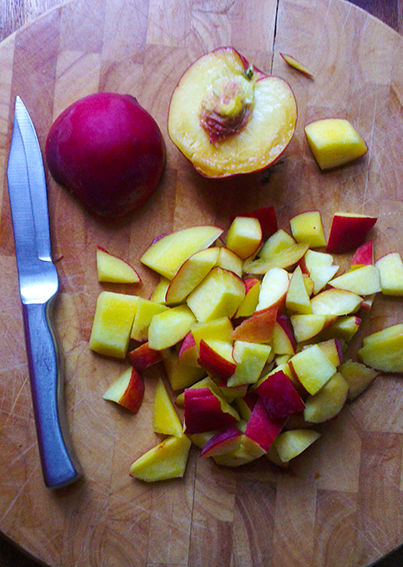 Got a little carried away with the steam in this photo.  Peaches are all cooked down and the blueberries get stirred in. 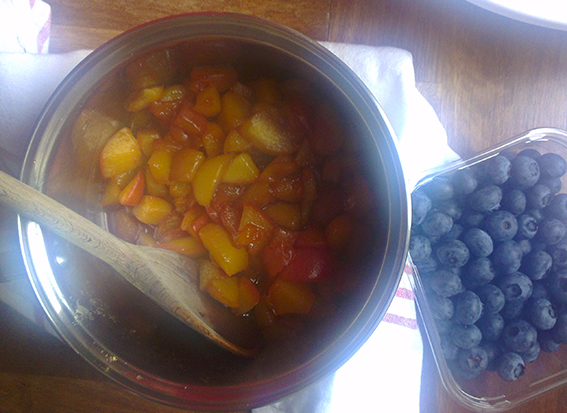 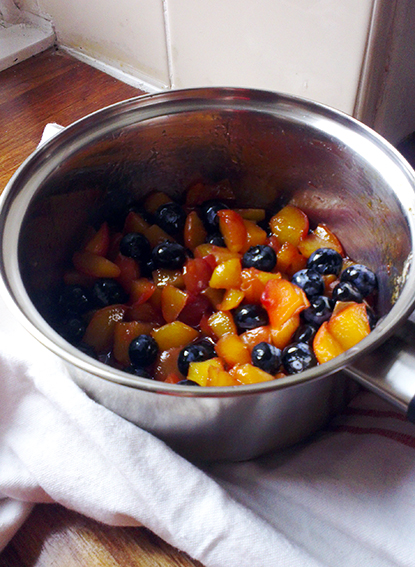 On to the pastry.  It smells amazing with the almond extract in there. 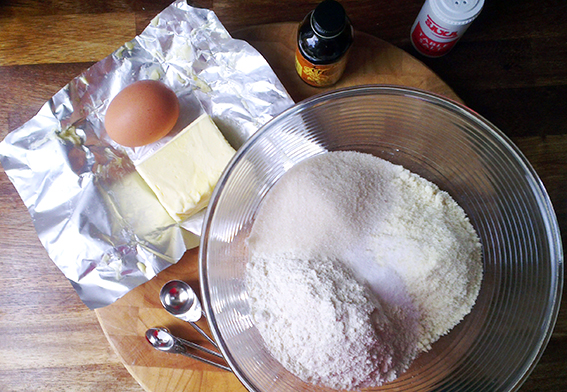 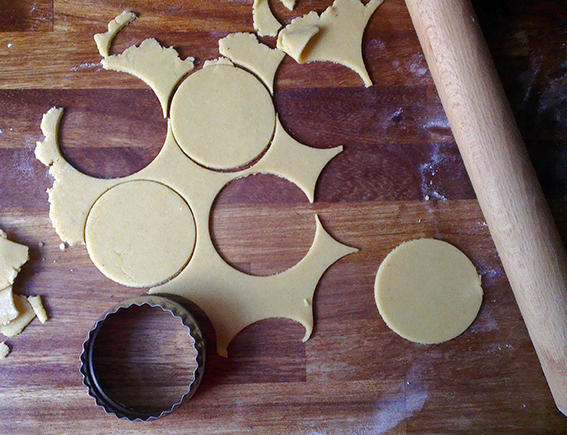 The dough is really soft, and it probably didn’t help that it was extremely warm outside when I made them.  The definitely needed their time in the freezer. 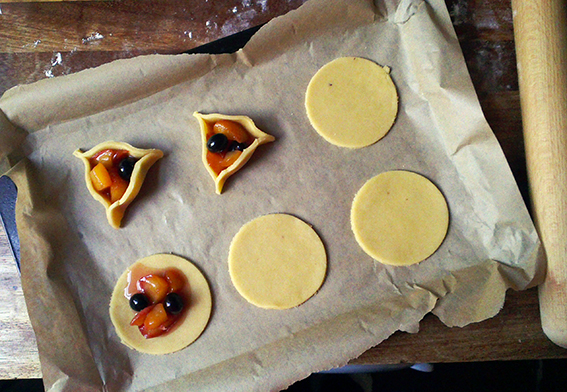 I think my pastry was a little too thin and this is where I had problems with my pies collapsing.  When I made the pastry thicker, about half a centimetre I had more success.

First make the filling by placing the peaches and the sugar into a saucepan over a medium heat.  Stir every so often until the sugar has mostly dissolved, then cover and leave to cook for 15 mins.

Remove the lid and increase the heat.  Continue to cook for a further 10-15 mins, stirring every so often, until the fruit is soft but still holding its shape.

Remove from the heat and stir in the blueberries.  Set aside to cool.

For the pastry, mix the dry ingredients together in a large bowl.

Add in the butter and rub in to the flour mixture, until it resembles fine breadcrumbs.

Add the egg and the almond extract and combine with the flour mixture with a wooden spoon.

Tip the dough on to a floured work top and knead gently for a minute to bring together as one.  Cut the dough in half and wrap both with clingfilm.

Chill the dough for half an hour, until the filling has cooled.

Place one half of the chilled dough on to a well floured work top, also flour the rolling pin.  Gently roll out the dough until it is about 5mm thick.

Using a biscuit cutted, cut out 6-7cm circles and lay on the prepared baking trays.

Spoon a heaped teaspoonful of mixture on to the disks.  Pinch together at three corners to form a triangle.

Once tray is full, place it in to the freezer for 30 minutes.

Allow to cool on a wire rack.

Sprinkle with icing sugar if desired.