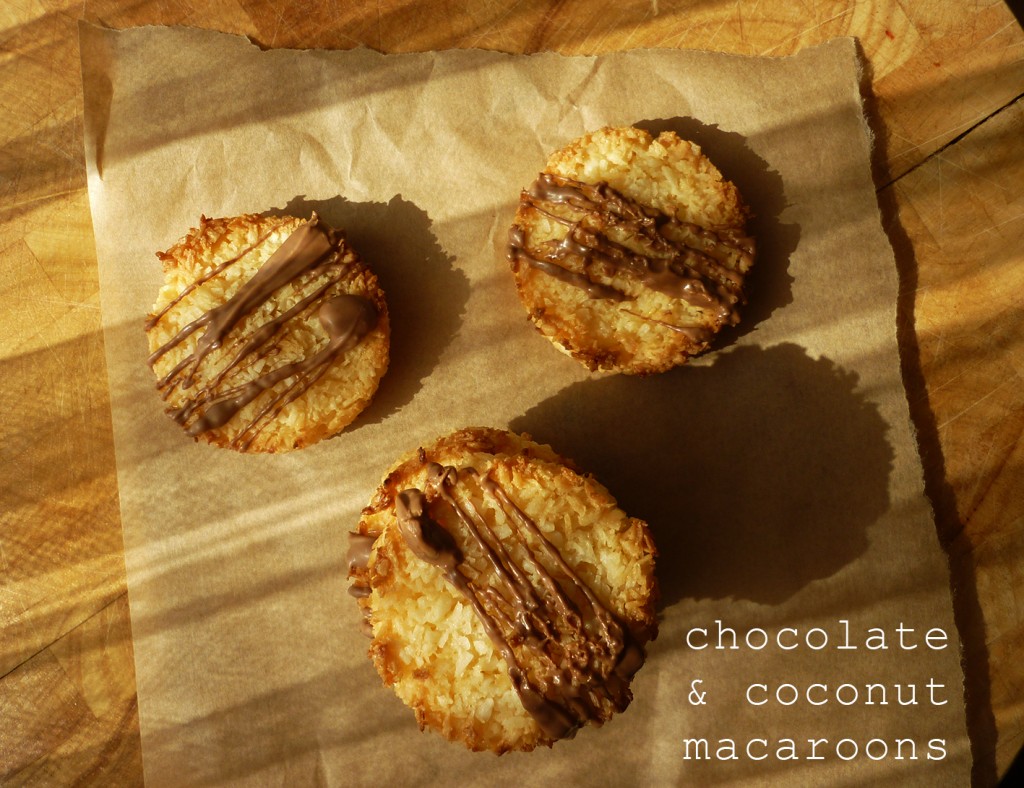 I found this cookbook in my grandparents house a couple of years ago when we were tidying it up to sell.  It was published in the early 1970’s by local Inverness newspaper the Highland News and is made up of recipes submitted by readers from the area.  Everyone who has submitted a recipe has there name and address published as a footnote, I can’t imagine that happening nowadays! 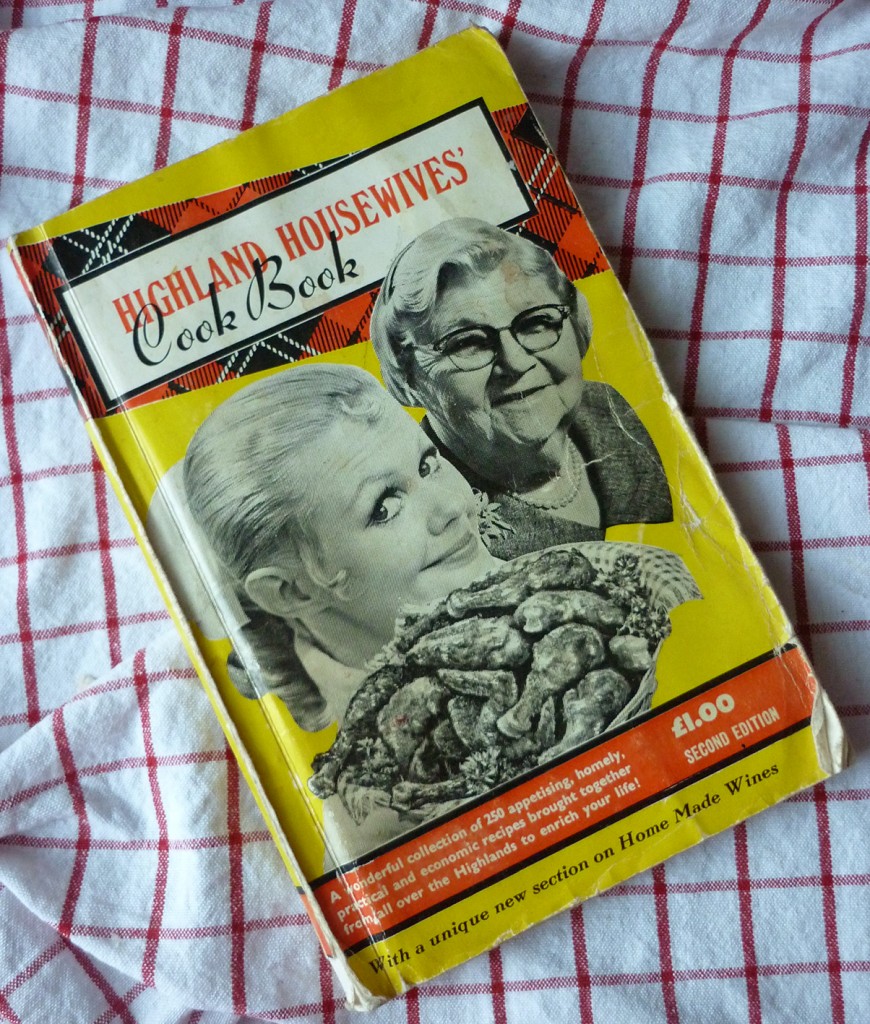 The name ‘Highland Housewives Cookbook’ sums up exactly the style of the traditional, classic recipes.  My Granny’s copy has been well used and my favourite thing about this copy is that she has written the date beside some of the recipes she must have made, the earliest I could find was 1983. 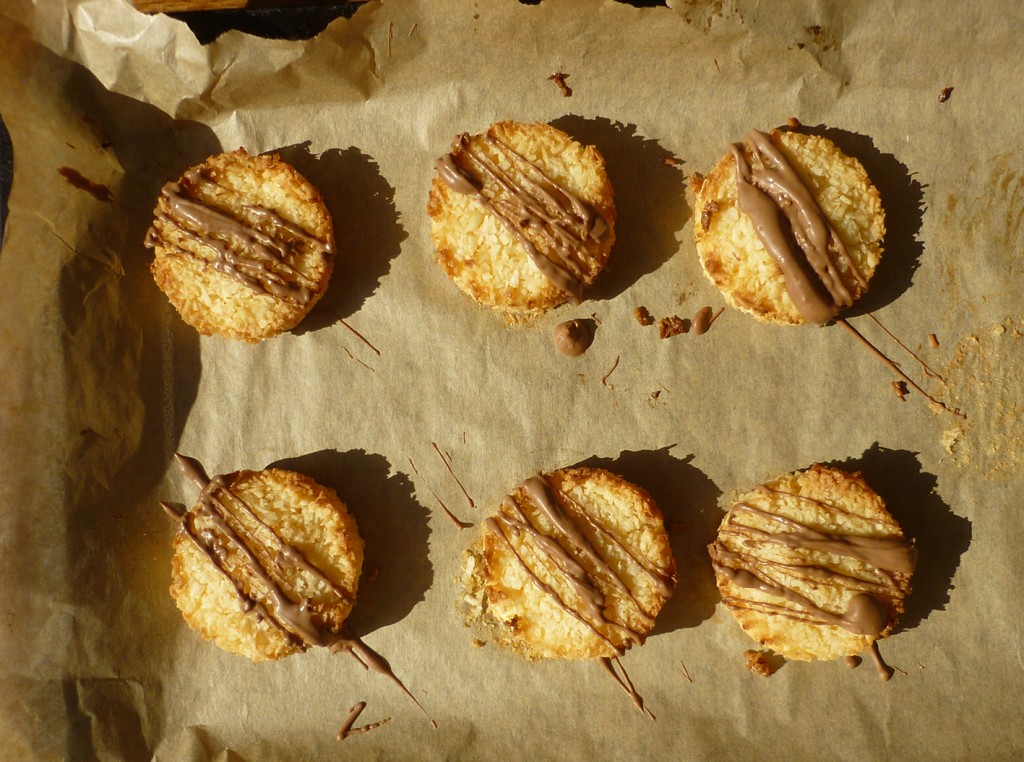 I’ve flicked through this book many times looking at all of these dates but it was only last week when I was searching for a recipe to post that I spotted this…’Kirsty, Sunday, 1995′ next to the millionaire shortbread recipe.  That’s me, at 10, baking millionaire shortbread with my Granny on a Sunday afternoon, which is really weird as I mentioned this exact thing a few weeks back when making the fudge for this recipe. 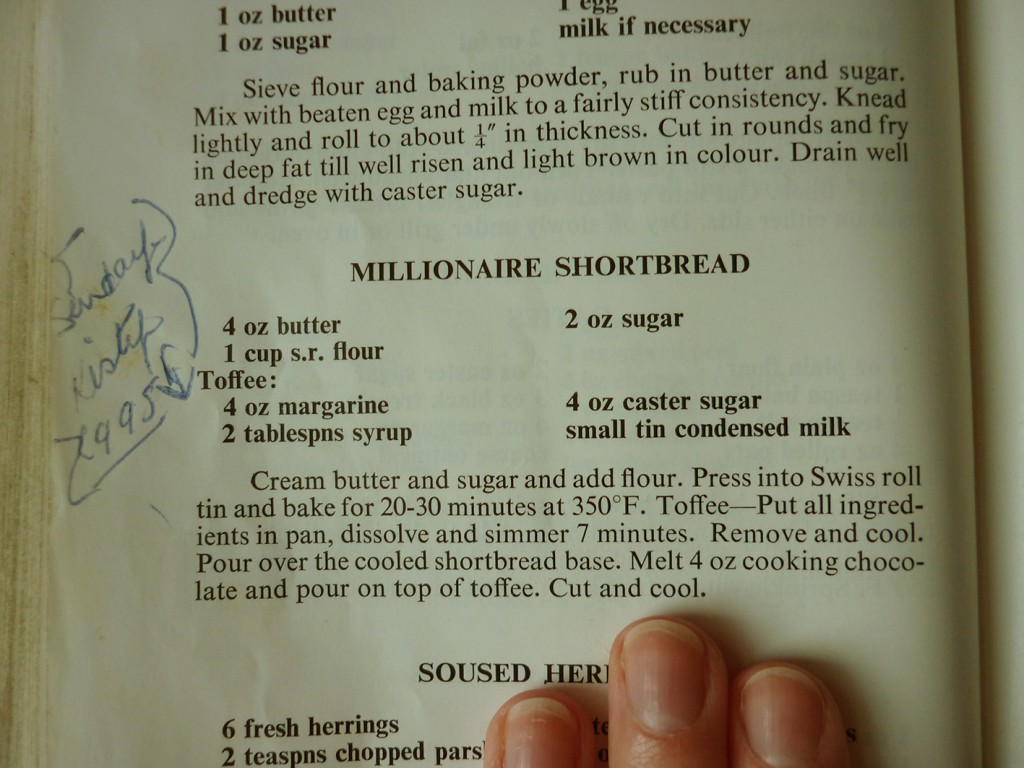 My second favourite thing about this cookbook is this girl, from one of the first pages… 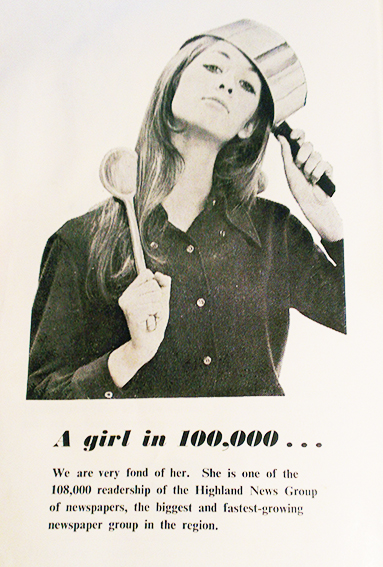 …she’s so sassy and stylish, even with a pan on her head! 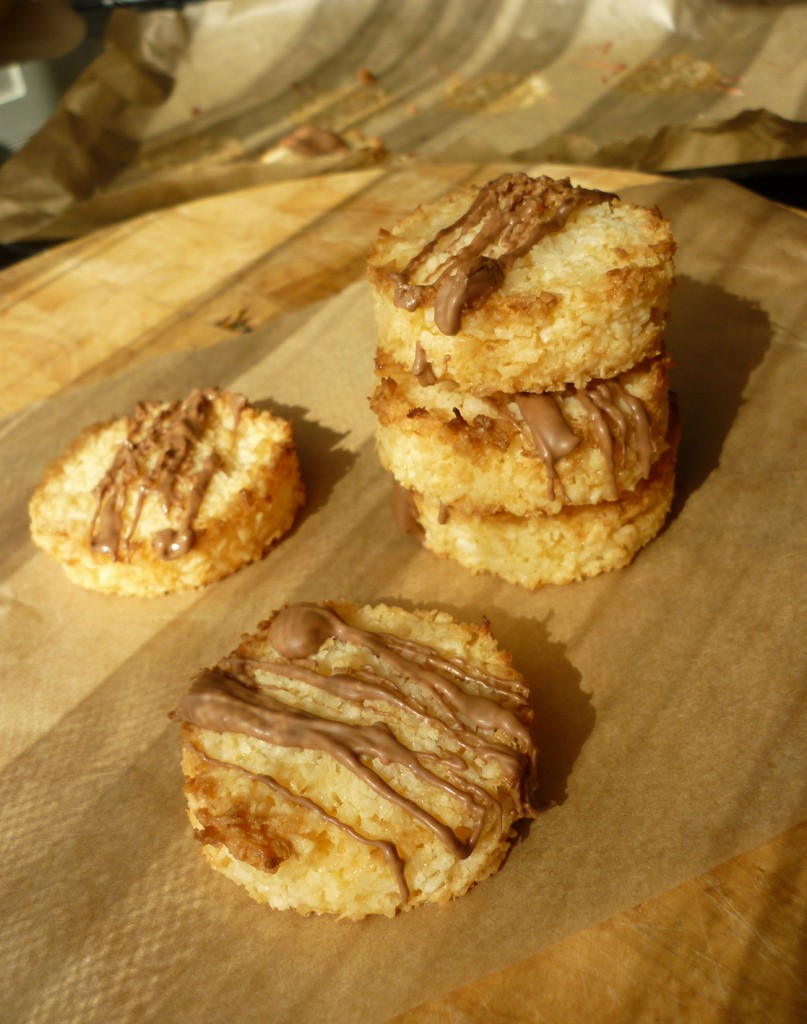 The idea behind this book so very charming, it seems much more personal having the contributors information beside their submission.  I think it would be really fun to release an updated version of this book back in Inverness.  It would be really interesting to see how the recipes people are using have changed and adapted or if the classics really are still popular.  I’m fairly certain we wouldn’t need recipes titled ‘Cooking by Electriciy’ or ‘Cooking by Gas’ but back then they wouldn’t have needed ‘Meals in Minutes’ or ‘Low Carb/Fat/GI/Insert Other Diet Trend Here’.  I’m happy to coordinate and recipe test the new book (I’m certain a lot more goes in to publishing a cookbook than that) if anyone out there is interested in paying me! 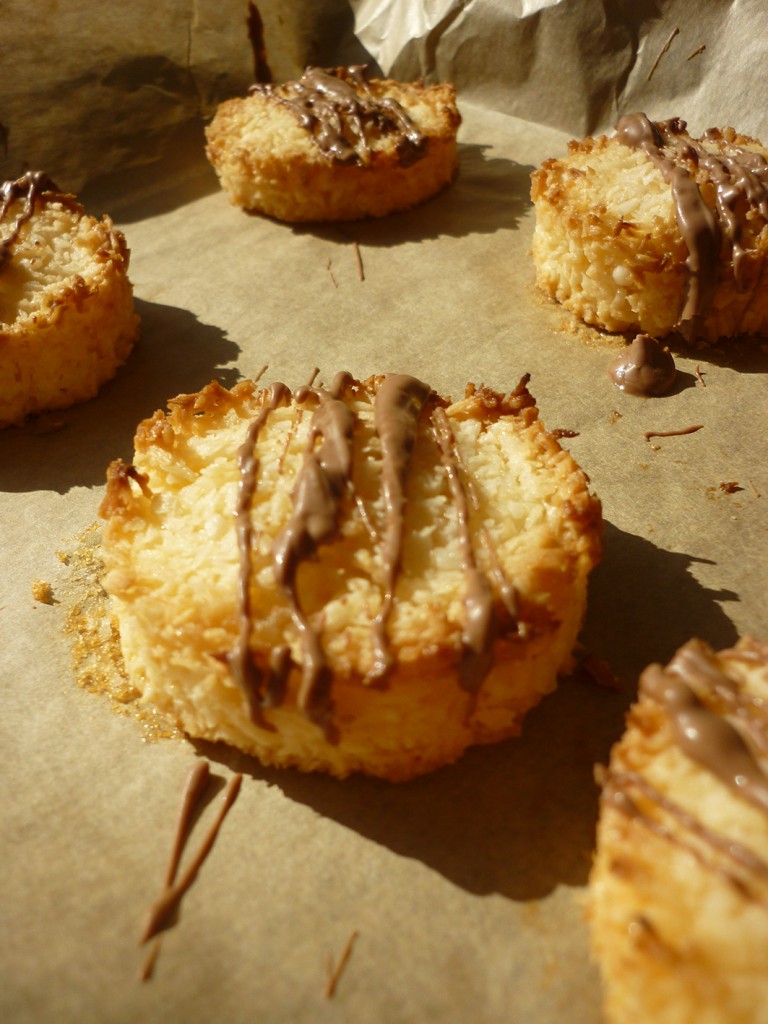 So, until that day, I shall continue to bake and publish right here.  I was looking for a quick, tasty recipe that included coconut – I had an open bag that needed used up.  This perfectly fits the bill and I adore coconut macaroons, it was win-win.

The quote from the contributor, Mrs M Norris, states ‘…this is a treat for all the family.  My mother handed on to me this simple recipe many years ago.’ 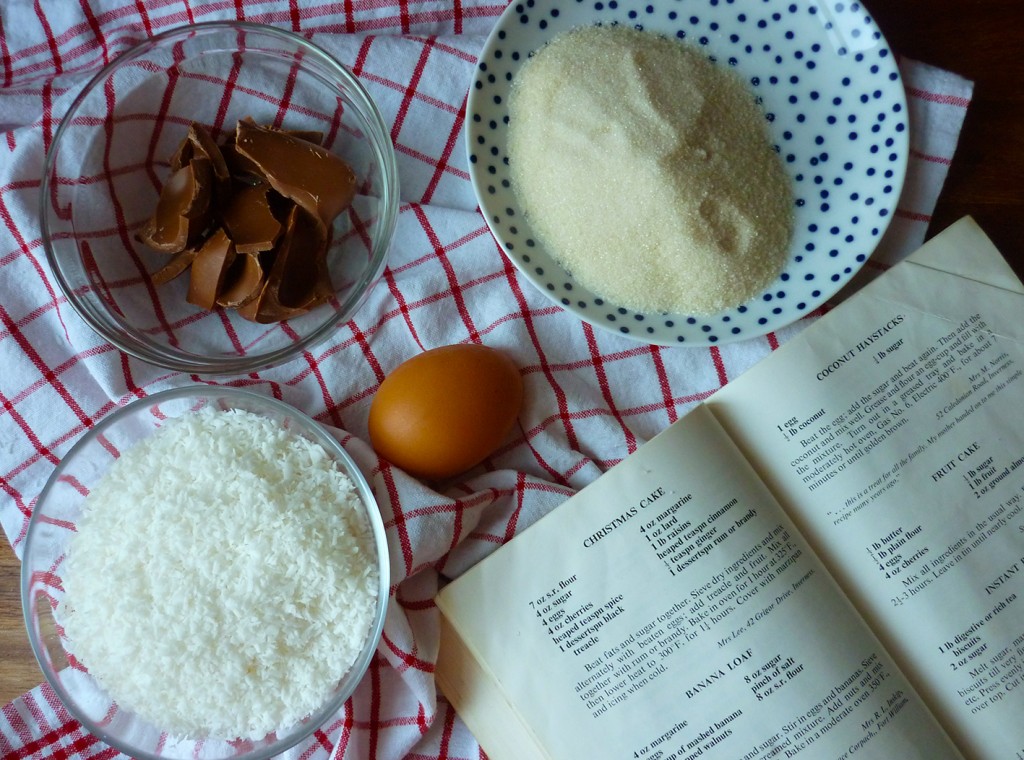 Mix everything together….well, not the chocolate, that comes later. 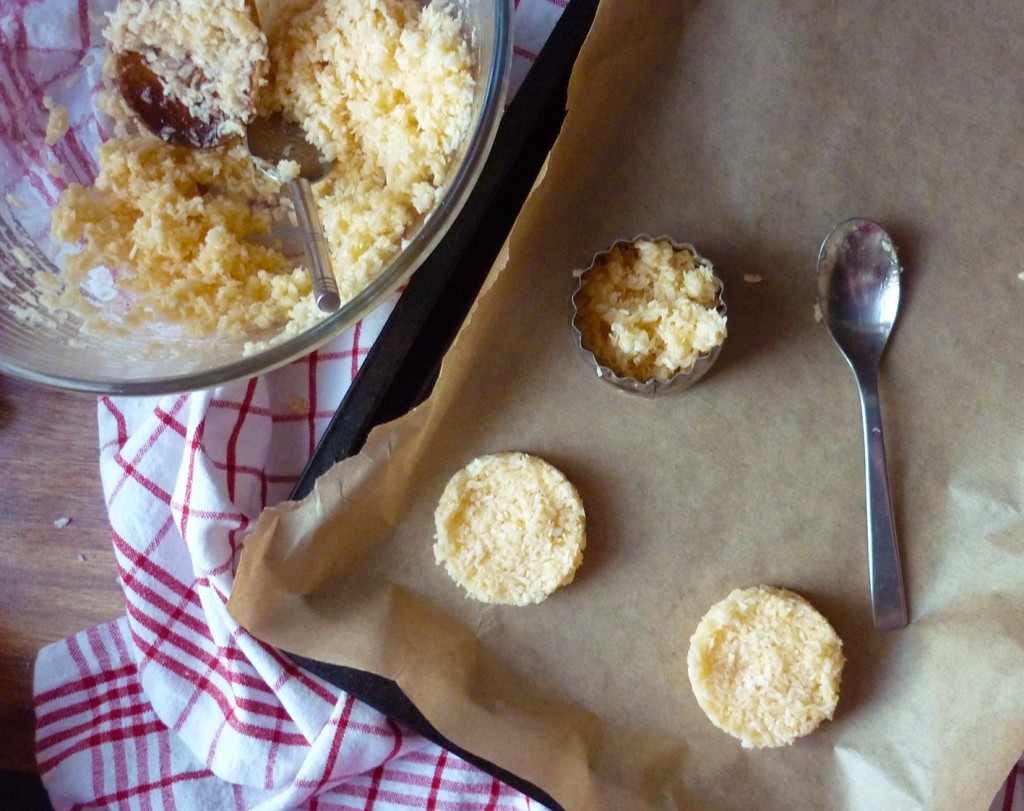 The recipe suggests you use an egg cup to mould the macaroons but as I didn’t have one I just pressed the mixture in to a biscuit cutter. 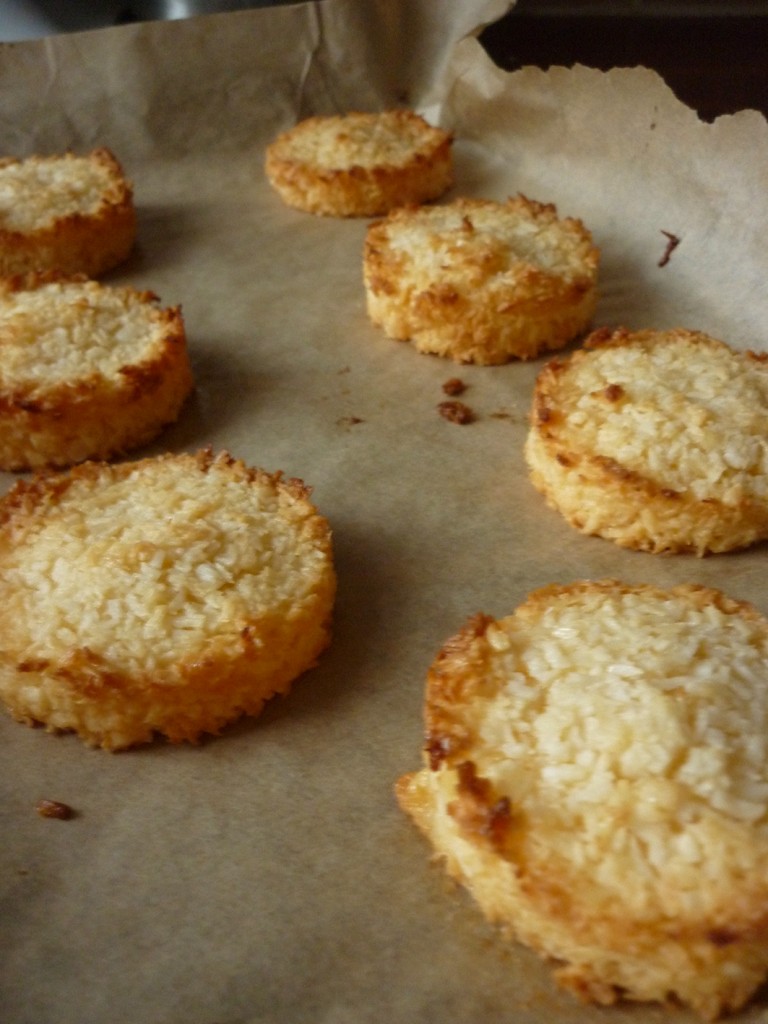 50g chocolate, any kind you fancy

Preheat the oven to 200 degrees.  Line a baking tray with greaseproof paper and set aside.

In a large bowl beat the egg until slightly foamy.

Add in caster sugar and beat again, until pale and the sugar has mostly dissolved.

Finally add in the coconut and stir until mixture is fully combined.

Using a 4cm biscuit cutter or an egg cup, press the mixture in to the mould and place on a baking sheet.  They can the fairly close together as they won’t spread during cooking.

Bake for 7-9 minutes, until golded brown on top.

Whilst the macaroons are cooling, melt the chocolate in the microwave.