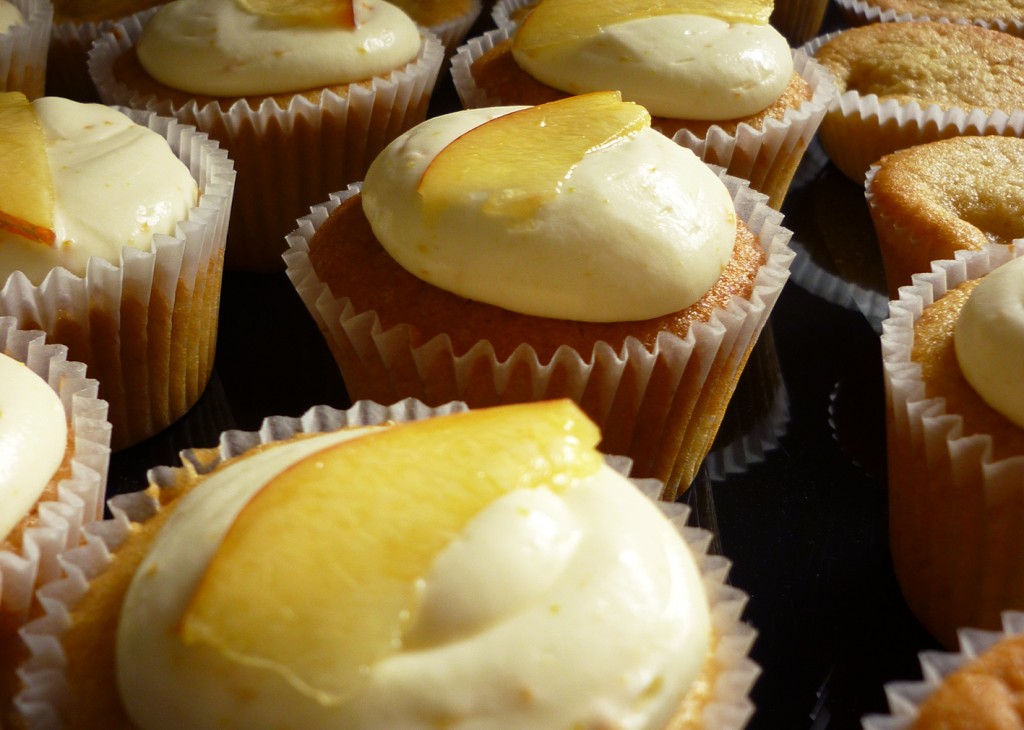 Who knows for how long so it must be enjoyed as much as possible!  This weekend was the perfectly summery, filled with visiting friends and going to the beach, my cousins wedding and watching tennis. 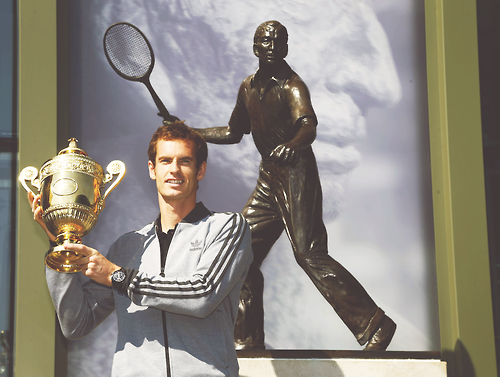 I have to start by talking about Andy Murray.  He’s not my very favourite player and it took me a while to really get behind him but he has really grown on my over the past two years.  I’m so, so delighted that he won Wimbledon!  It was such a deserved victory after all this time and to take the victory over Djokovic the way he did (even though it was still painfully close in parts) was really a brilliant effort.  Well done Andy!  However, the next big tournament is the US Open where I will be well and truly back to my ‘¡Vamos Rafa!’ ways. 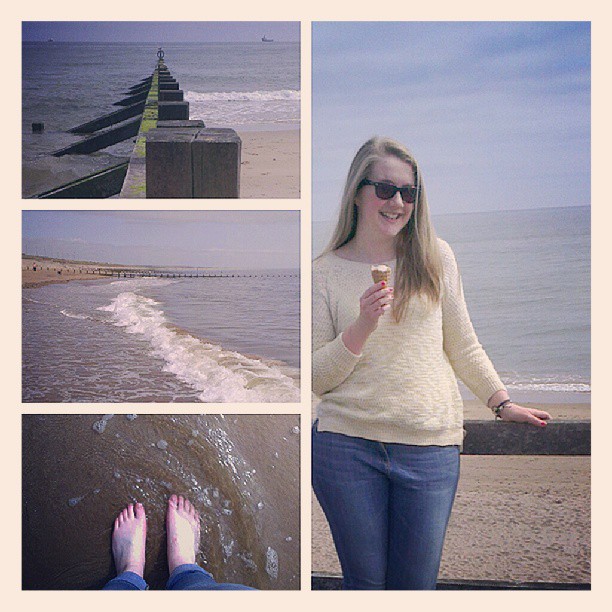 I watched the Wimbledon final with some friends in Aberdeen.  It was a gorgeous day and as we’d be spending the majority of it indoors we went to the beach in the morning.  It was even warm enough for a paddle in the sea and some delicious ice cream.  I had white chocolate and pistachio and rhubarb sorbet, which was amazing and I will definitely have to try to recreate. 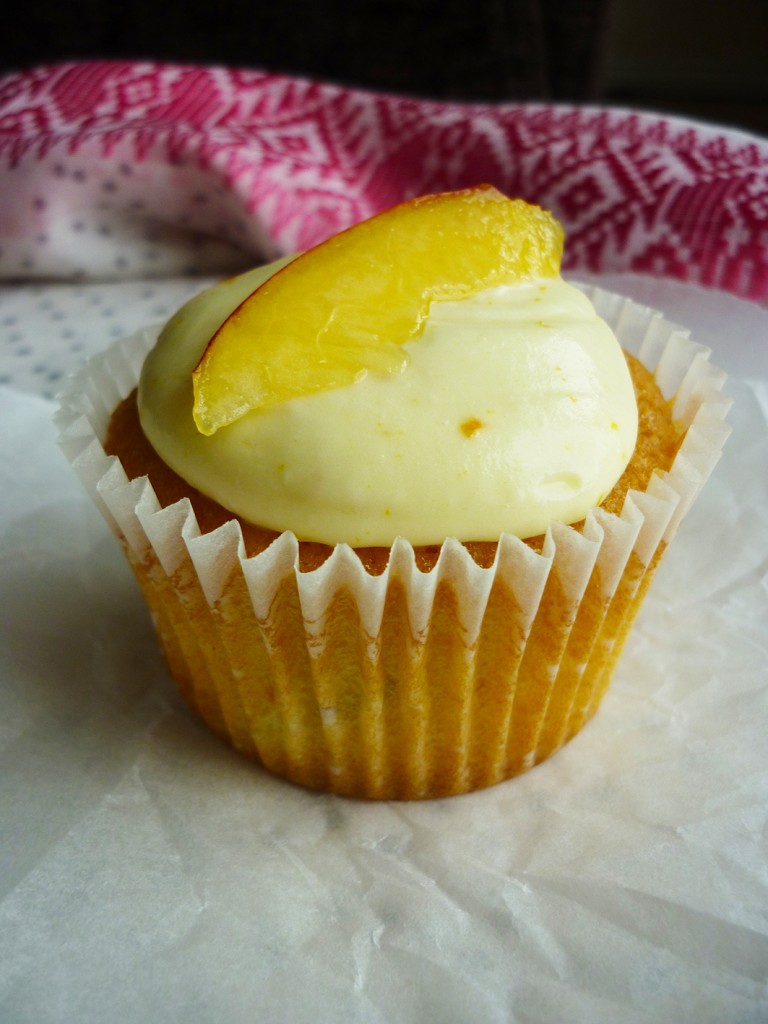 The main reason for my being up in Aberdeen was to go to my cousins wedding.  It was a great day and the whole family were there for the celebration, a big party and BBQ in my aunts back garden.   They both looked lovely and I wish them lots of love and happiness for the future. 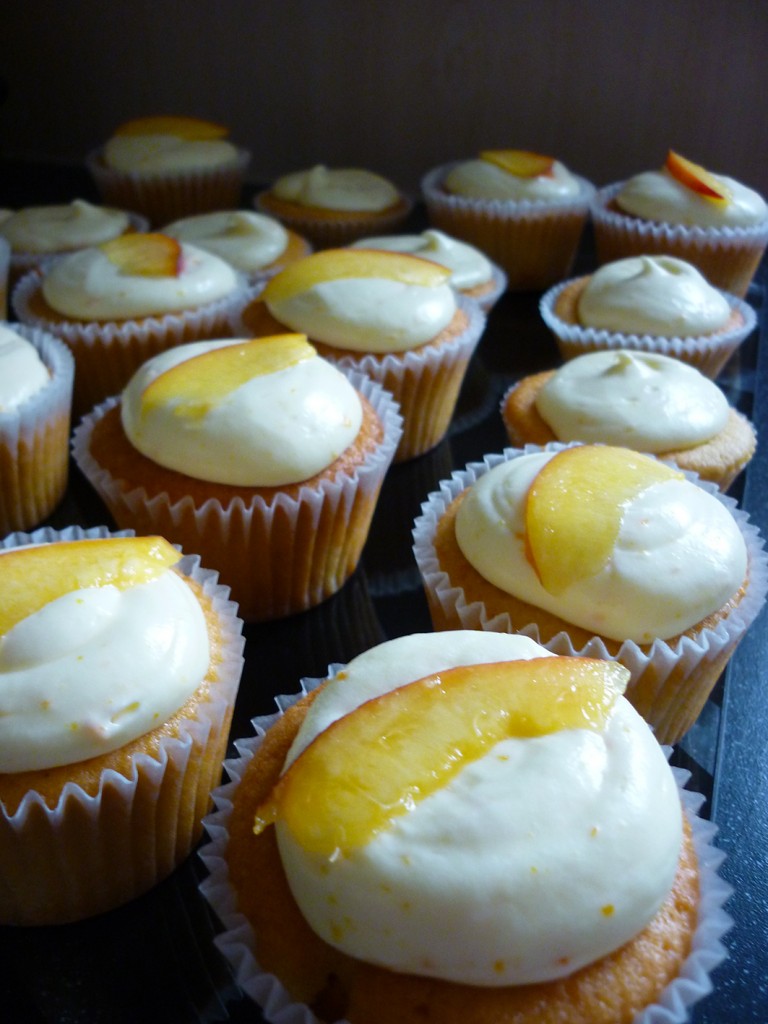 Anyways, enough about my life.  On to the cakes!  I made these cupcakes for the wedding.  They are a perfect combination of summer flavours, with the fragrant orange and sweet bites of nectarine.  When baked the tartness of the nectarine is softened and the sweetness enhanced, delicious.  I topped these with a whipped cream icing which is much lighter than a buttercream and I think really compliments the flavour combination.

Nectarines are one of my favourite summer fruits.  I made cornbread muffins with them a while back. 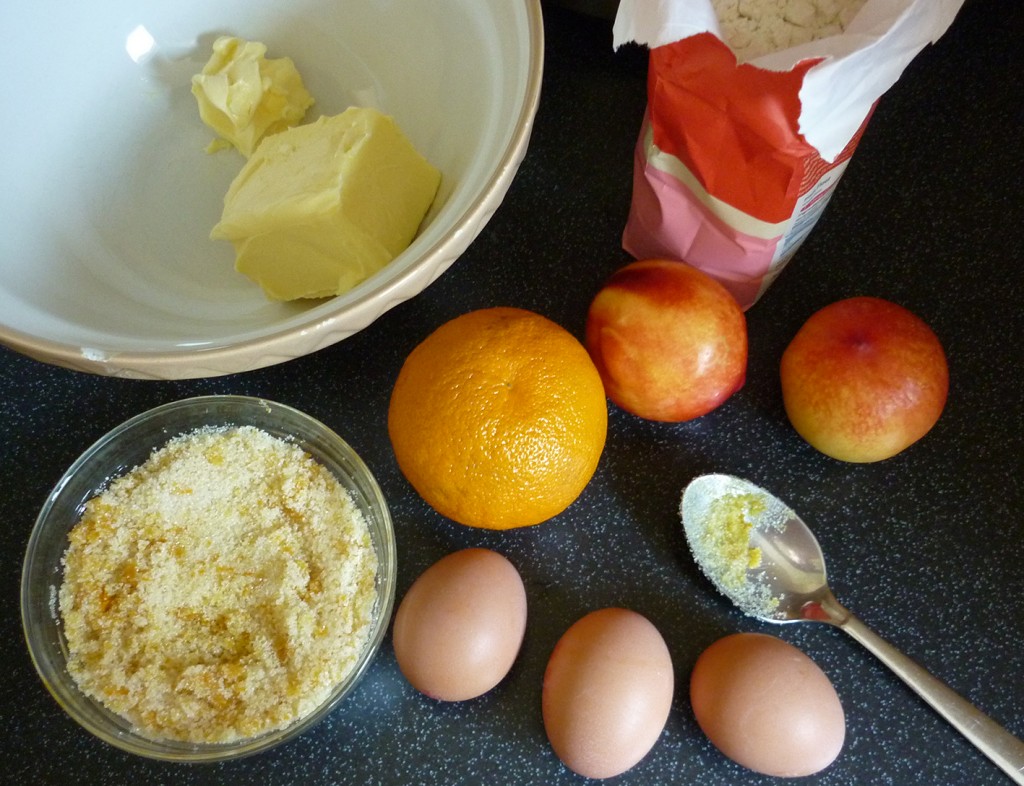 Baking at a friends means no KitchenAid! 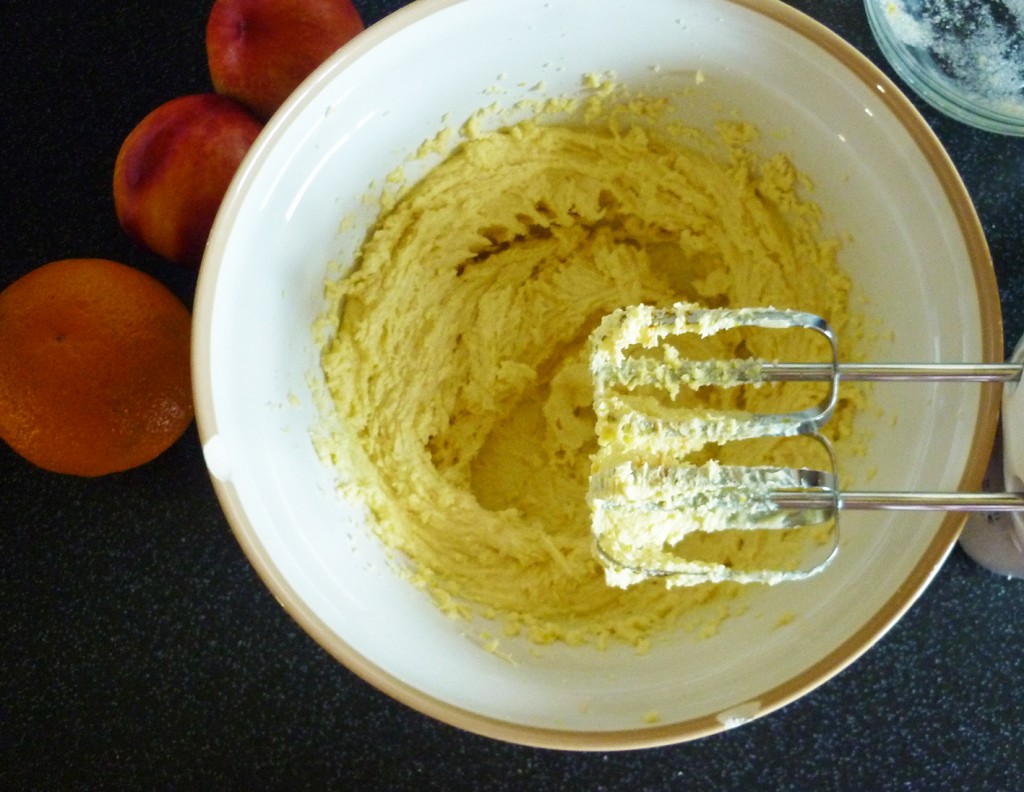 Gently fold in the flour, sour cream and fruit to avoid tough cupcakes. 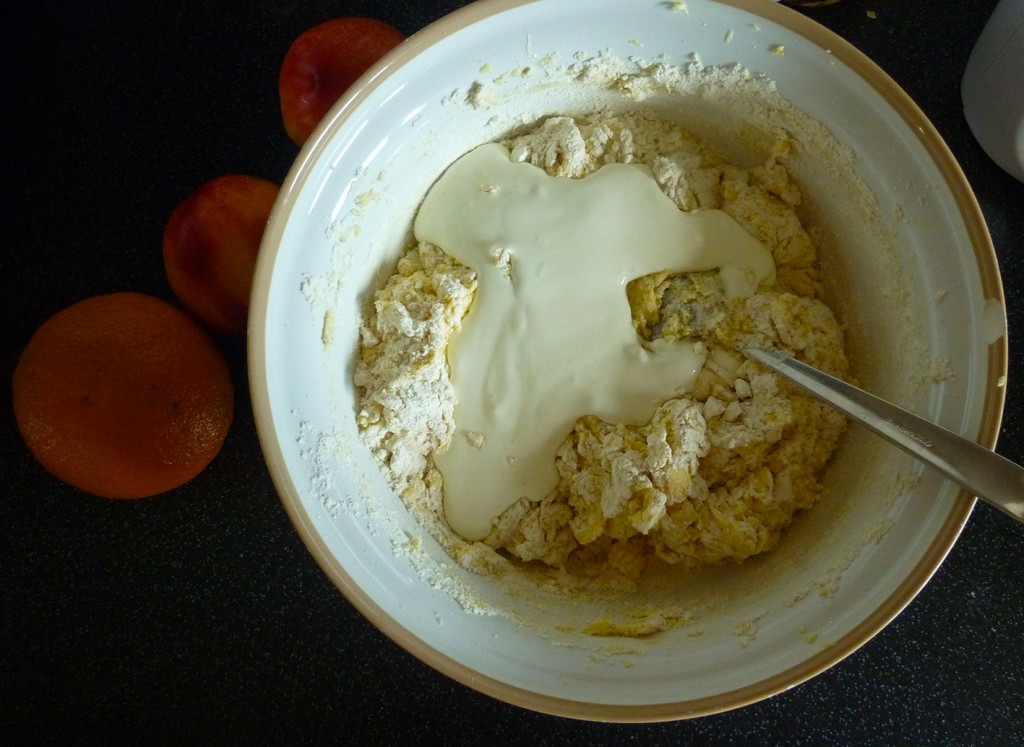 Fl the cases just over half way to avoid any mixture spilling over the top of the  cases. 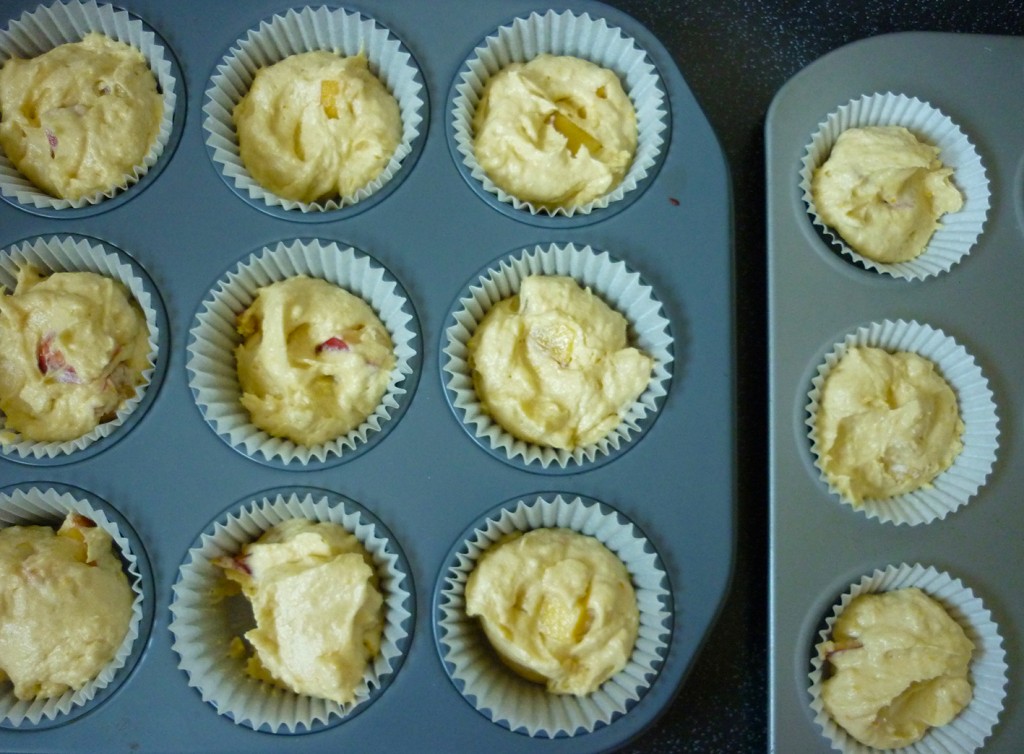 I really love using whipped cream frosting, it takes on flavour really well but is much less heavy than buttercream sometimes it. 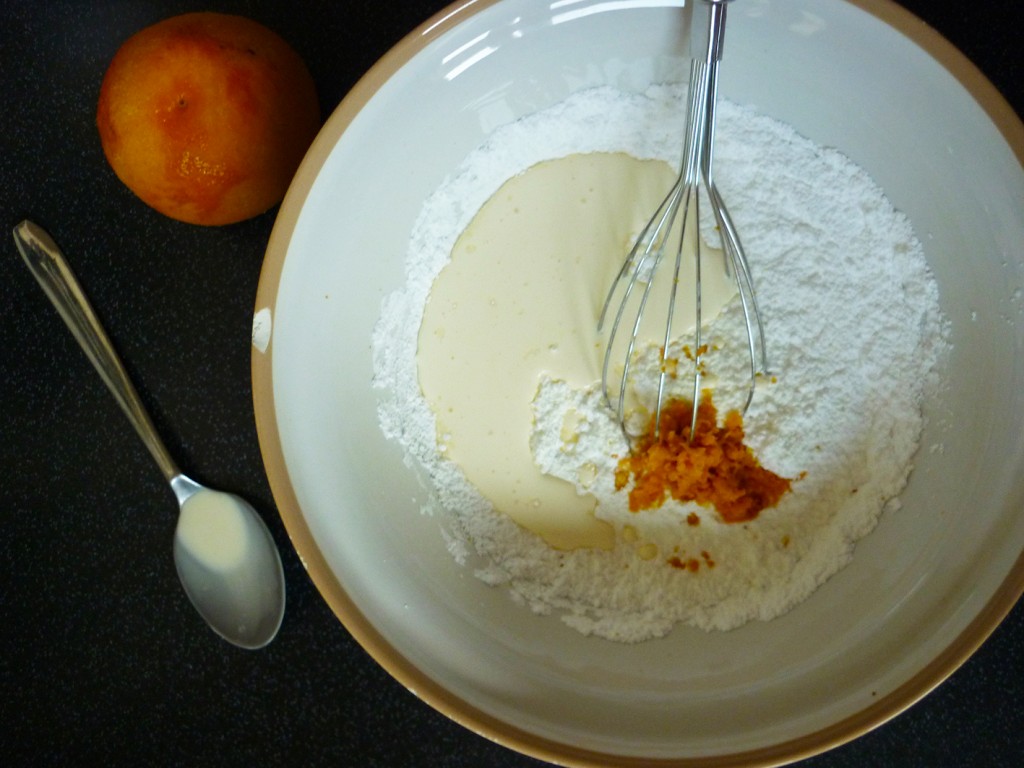 It’s so quick to make too, and you don’t have to wait around for butter to soften. 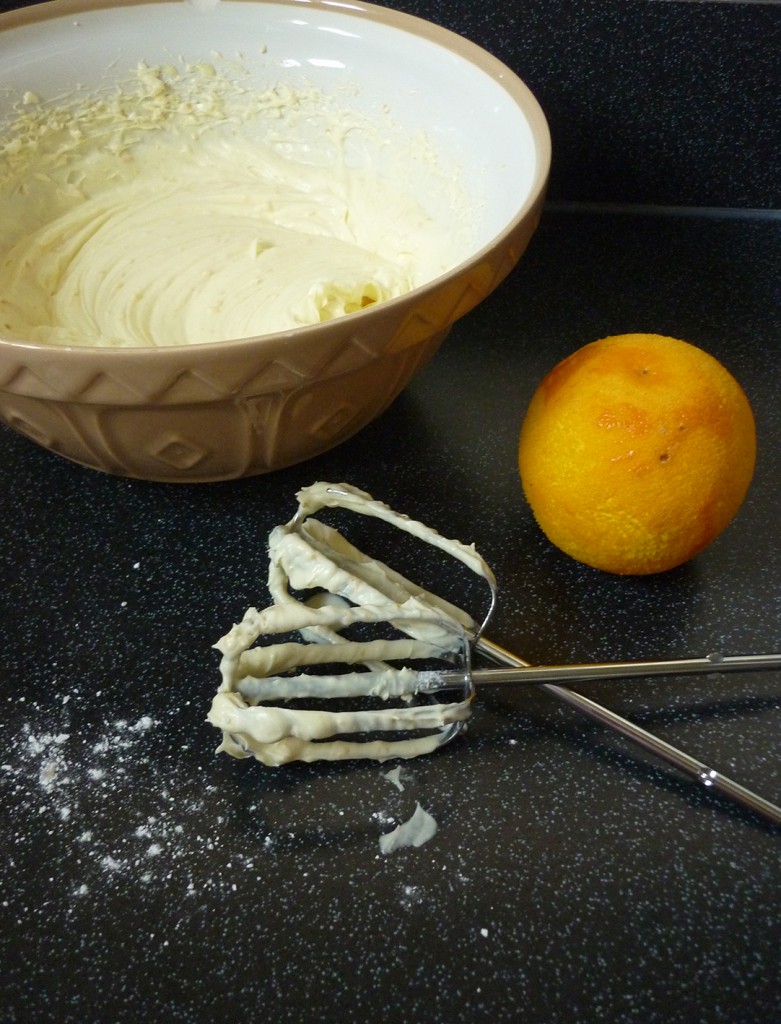 Zest of one orange

Preheat the oven to 170 degrees C.  Line two cupcake trays with cupcake cases, this batter should make about 18 cakes.

In a large bowl or on the worktop, work the orange zest in to the caster sugar to bring out the flavour.  (for a step by step, check out this post).

In a stand mixer or in a large bowl, beat the butter until it turns a lighter yellow.  Add the sugar gradually until fully incorporated and the mixture is pale and fluffy.

In a separate bowl, whisk together the flour and baking powder.  Fold in to the batter.

Stir in the sour cream.

Gently fold in the nectarine.

Spoon mix into cupcake cases and bake for 15 – 20 minutes, until lightly browned and springy to touch.

Remove from tin and allow to cool.

To make the icing whisk all the ingredients together until the sugar is dissolved and the icing has a light consistency. Add a little extra cream if you think the icing is too thick.

Ice the cooled cakes and top with a thin slice of nectarine.