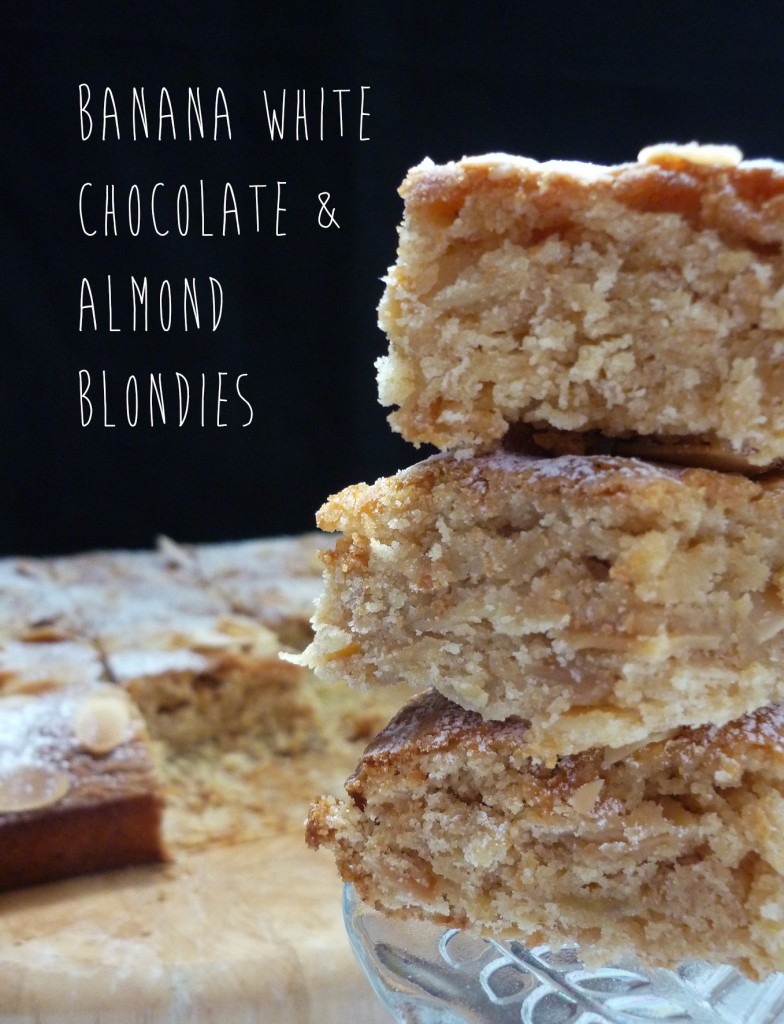 These blondies were not supposed to turn out the way they did.  They suffered a number of baking disasters due to my nervousness about cooking sugar and my disregard for recipe instructions.  Lesson learned.  On the bright side, they turned out super delicious, with a little bit of recipe free-styling, and went down a treat when I produced them last thing on Friday afternoon at work. 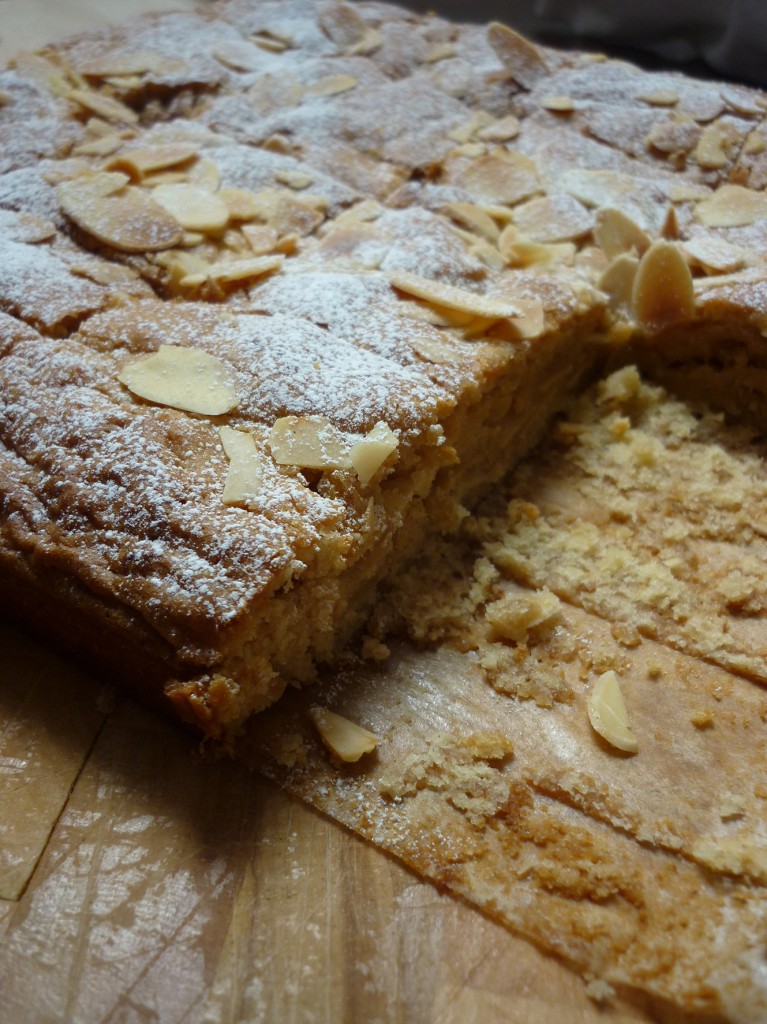 I had two sad brown spotted bananas in my fruit bowl, in desperate need of being turned in to a scrumptious baked good.  Enter these blondies.  (side note-, I really love that white chocolate brownies are called blondies!)  Blondies retain the rich, dense properties of brownies which is further exaggerated here with the banana.  The sweetness of the white chocolate is enhanced with a generous few dashes of vanilla extract and the toasted almonds add a nice crunch. 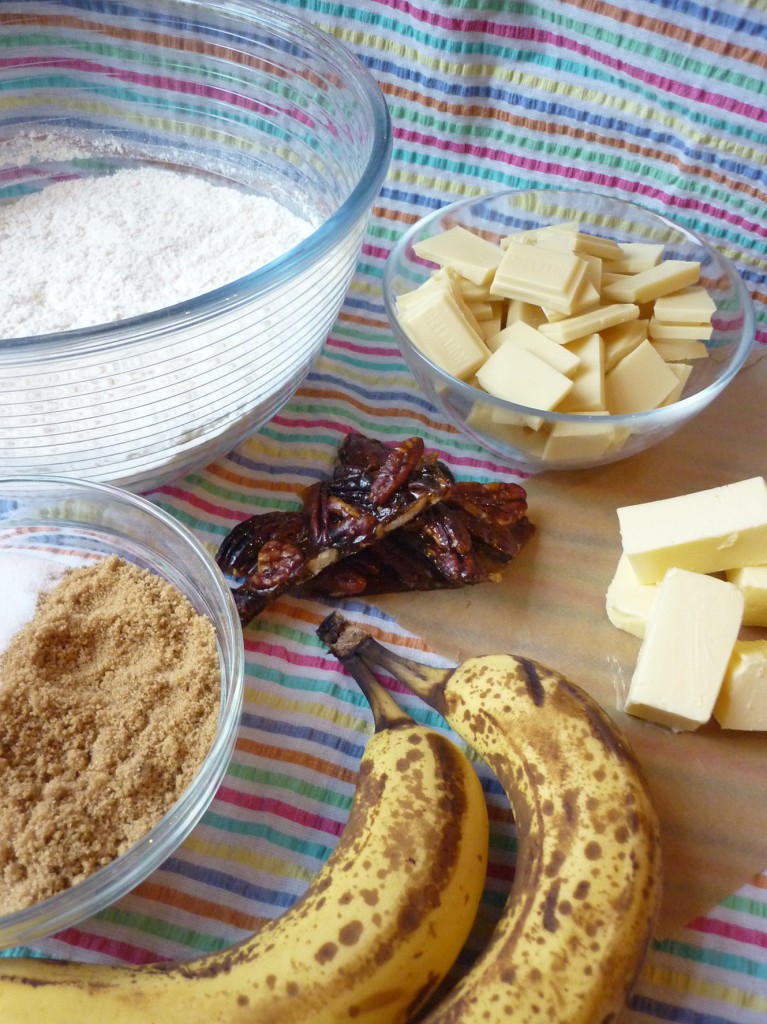 The recipe I was originally working from included an almond praline which I had decided to adapt and make with pecans instead, because pecans and banana would work really well together.  Unfortunately I burnt the nuts in the melted sugar.  At first I thought it would be salvageable  which is why you an see it in the ingredients shot below but after I chopped it up and tasted it the burnt taste was just too strong and I was afraid it would ruin the whole recipe.  Luckily I have flaked almonds in the cupboard, so I just toasted them up and added them to the mix instead.  Baking ‘crisis’ averted! 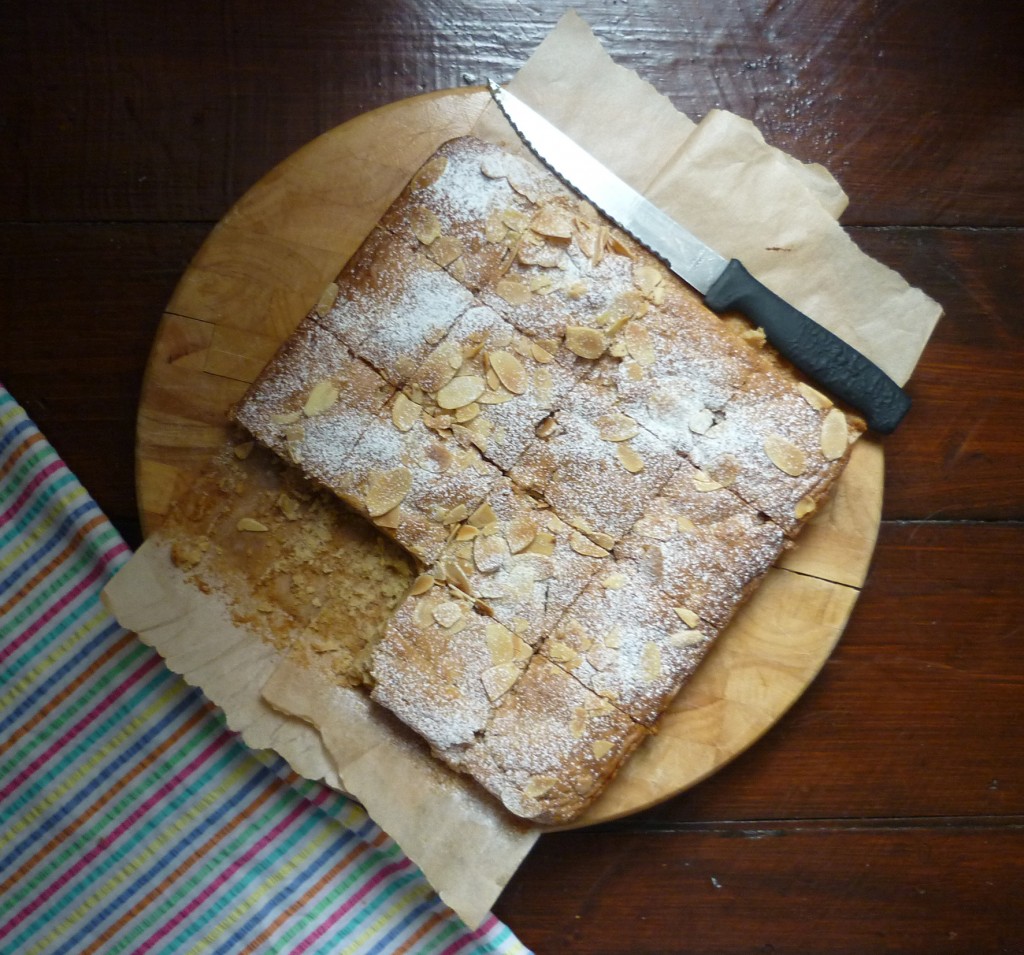 Spread a the flaked almonds on a baking sheet and toast for 5-10 mins, keep and eye on them so they don’t become too dark.

Melt the butter and white chocolate in a bowl oven a pan of simmering water.

Measure the flour, baking powder and salt into a bowl and whisk to remove lumps.

Tip the melted chocolate in to a large mixing bowl and add the banana, sugars and vanilla extract and whisk together.  This should cool the chocolate and butter mixture down enough to  whisk in the egg.

Fold in the flour mixture and about half of the toasted almonds.

Tip the whole lot into your prepared tin and spread out evenly.

Sprinkle the remaining flaked almonds over the top and bake for 25-30 mins, or until golden brown.

Allow the blondies to cool in the tin before slicing. 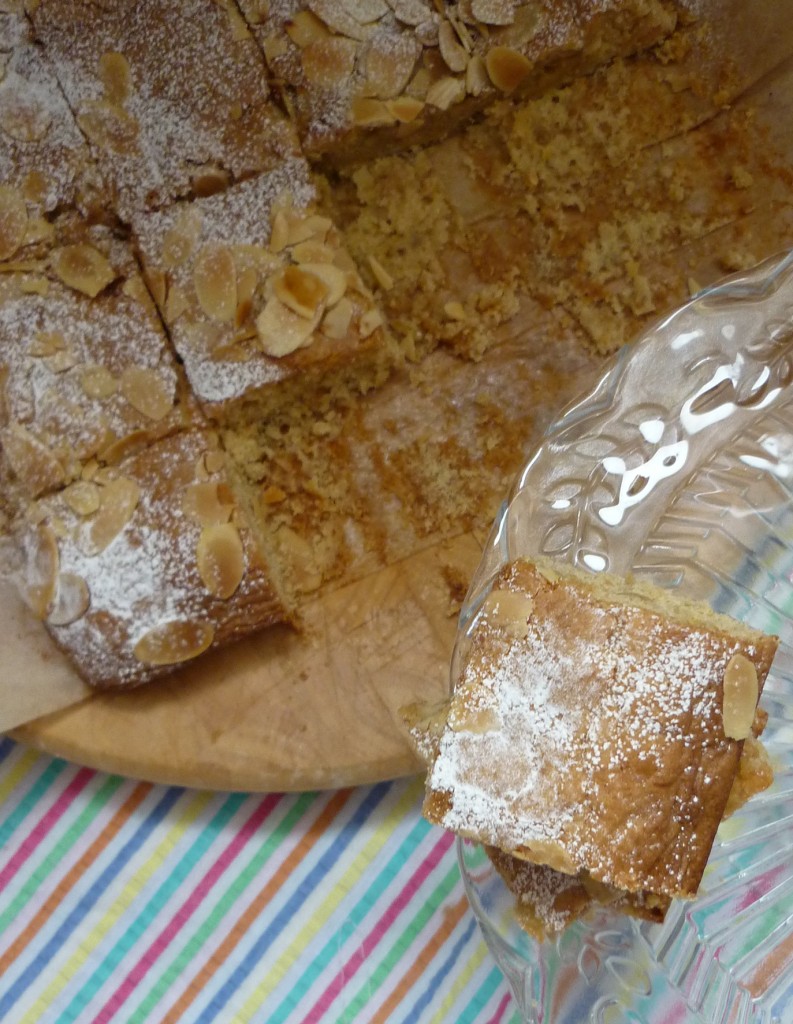